Congress is currently debating the reauthorization of the Higher Education Act. The committee which oversees education has so far conducted hearings on the affordability of college, the cost and risk to taxpayers, and innovation in the program. However, the committee has not questioned if funding college under its current policies is doing more harm than good.

The Higher Education Act (HEA) was signed into law in 1965 and was intended to strengthen educational resources for colleges and provide assistance for students in higher education. The HEA created what we know today as the financial aid system – federal student loans and need-based grants (Pell Grants). HEA’s intent was to provide assistance to anyone who wanted to attend college no matter their economic background.

Since HEA was signed into law, the college student population has more than tripled to over 20 million in 2017 (a 240% increase), and the program has given 46% of low-income high school graduates the opportunity to enroll in a two-year or four-year college. On the surface, the program looks like a success.

More students are enrolled in college than ever before and more low-income students have greater opportunities to attend college. However, while the HEA has made it easier to attend college, it has also flushed the college market with easy federal money and has contributed to the culture that one must go to college. As a result, the federal government is subsidizing degrees with low earning potential while directly contributing to the rise in college tuition and student debt.

While the HEA has made it easier to attend college, it has also flushed the college market with easy federal money and has contributed to the culture that one must go to college.

Student loan debt in America has exceeded $1.4 trillion, up 62% over the last 10 years, placing tremendous pressure on individuals who take out loans as well as taxpayers who are on the hook for federal loan programs. Today, students, on average, borrow about $30,000 for college and spend over 20 years paying off their loans. This includes students who receive federal aid like Pell Grants that do not require recipients to pay back the grant and those who do not finish their degree. In fact, almost one-third of students who take out loans leave before completing their degree. This is bad for taxpayers who will subsidize the cost of student loans and bad for those students who will be forced to live with student debt well into their prime earning years.

One of the major selling points associated with federal student loans is also one of its biggest downfalls. Federal student loans, which make up 90% of all student loans, have virtually no underwriting process, making it an easy option for students to borrow. For example, a student pursuing a gender studies degree at a bottom-tier school and a student pursuing an engineering degree at a top-tier school can borrow the same amount as long as they meet minimum requirements. As a result, many students wind up with far more debt than they are able to repay, depriving them of valuable income as they begin their careers and saddling taxpayers with the costs of delinquent, defaulted, and forgiven loans.

Many students wind up with far more debt than they are able to repay, depriving them of valuable income as they begin their careers and saddling taxpayers with the costs of delinquent, defaulted, and forgiven loans.

The long term effect of easy federal money is a vicious cycle of tuition increases and rising student debt. Colleges can increase prices because students can easily access federal loans to pay the increased tuition, and the increase in tuition forces students to take out even more student debt.

Politicians are pursuing the worthy goal of making access to college available for all students, but they should examine whether this push is driving a proliferation of degrees with low return on investment, a burdensome debt load for students, rising costs for taxpayers, and a phenomenon known as credential inflation.

Bryan Caplan, author of The Case Against Education, says “as a society, we continue to push ever larger numbers of students into ever higher levels of education. The main effect is not better jobs or greater skill levels, but a credentialist arms race.” Caplan suggests that workers today are technically smarter, per their degrees and other credentials, but are working at the same jobs people did with less education 20 years ago. Though he doesn’t suggest a well-educated high school graduate skip college.

Caplan says job recruiters aren’t necessarily filling positions based on a candidate’s genius or talent, but rather looking at checked boxes that set applicants apart – master’s degree, Ivy League graduate, etc. For example, Candidate A, who only has a bachelor’s degree may be the most talented and best fit for the position, but Candidate B has a master’s degree, and therefore checks more boxes than Candidate A – essentially making continuing education a must because of the credential inflation happening in our job market.

So more Americans are going to college, but more have student loans and degrees that may not be worth the cost. While a more educated populace is good, the U.S. should want more students in educational programs that equip students with skills to succeed in the jobs of the future and are worth the investment. Otherwise we are using federal student loans as a feel-good program that contributes to credential inflation by subsidizing degrees that aren’t worth the money, providing little benefit to taxpayers, the economy, or the current labor force.

The Higher Education Act bolsters the mindset that high school graduates must obtain costly degrees just for the sake of having a degree. This is like giving students a roadmap without a specified destination. It is important that Congress consider stemming the flow of tuition-inflating easy money, better targeting aid to students who need it, and directing loans toward degrees that actually prepare students for the future economy. At the very least, Congress should question the premise underlying the HEA that any college degree sets up students, and our economy, for success. 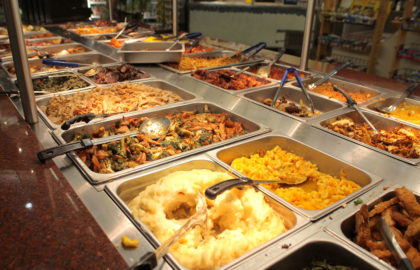 Golden Corral Economics: A Live-For-The-Moment Excuse to Spend Without Restraint