Why the Wastebook Matters

Last June, a new podcast, Undiscovered, ran an episode about a federal research project that was highlighted in Senator Jeff Flake’s (R-AZ) oversight report.  The premise of the episode is that a federally funded research project about mantis shrimp, that was highlighted in Sen. Flake’s report as a “shrimp fight club,” actually is an extraordinary species that could have tremendous potential value for the Department of Defense.  The researcher of the project in question fights back against the idea that her project is wasteful and even gets a face-to-face meeting with Sen. Flake.

Since Dr. Coburn’s Wastebook was first released in 2010 – and even before then when Senator Proxmire had the golden fleece award – there have been many complaints lodged that these oversight reports are politically motivated attacks on science and should be opposed by the scientific community and ignored by the general public.  There has even been an academic journal publication training researchers on how to perform public relations efforts in connection to these oversight reports.

The Undiscovered episode is well produced, researched, and definitely worth a listen.  While I may quibble with the implication that Dr. Patek’s study was about engineering applications and its benefits for the military – which is funded through a separate $7.5 million grant from the Department of Defense for a different researcher and was not included or criticized by Sen. Flake’s report – the questions raised about funding scientific curiosity versus projects that have a clear national interest is a good debate to have.

One of the biggest problems in Washington is that rarely does anyone take a step back and take a holistic look at what we are doing, whether it is working, and how we can improve.  The podcast does so by asking some big questions about the place and purpose of federally funded research in our budget.  Even though we may ultimately disagree about the role and purpose of federally supported research, it is incredibly beneficial for me and others that come to this issue from a taxpayer watchdog perspective to hear the defense of Dr. Patek’s research directly from her.

I have worked on the research and writing of waste reports for Senators Coburn and Lankford.  The Undiscovered show producers reached out and interviewed me about the process and purpose of Wastebooks and other oversight reports – with a specific focus on science research related entries.  A short excerpt from that interview is included in the programming.  Listen to the Undiscovered episode on Wastebooks here.

The following is a broader defense of including scientific research projects in waste reports.

Waste reports are not just about science

Year after year, report after report, there should be no doubt that there is questionable, frivolous, or downright dumb uses of the American people’s taxpayer dollars across the federal government.  Dr. Coburn began releasing an annual report of the 100 examples of wasteful federal spending in 2010 with the inaugural Wastebook, which continued until his retirement in 2014.  In different forms, Senators Flake, Lankford, Paul, McCain, Coats, and Rep. Russell have continued the practice of releasing wasteful spending reports.

What constitutes waste can be anything from sheer stupidity and fraud, to unnecessary or duplicative spending—essentially anything that cannot be labeled a priority when we have a $20 trillion debt.  The questions these reports ask is, “are these worth borrowing more money to pay for?”

The one thing all of these reports have in common is they look across the entire federal government to find and highlight wasteful uses of tax dollars.  One year, Dr. Coburn even highlighted funding for Congressional committees that do not perform their oversight role as the number one waste item of that year.  Science research grants are always included – but science is never the focus of the reports (with the exception of Sen. Flake’s 20 Questions).

However, the media that reports on Wastebook and other oversight reports do tend to focus on the science grants rather than leases on empty buildings or sidewalks to nowhere because they tend to be more interesting.  But, science entries typically only make up about 10 to 20 percent of the entries in any given report.

No taxpayer-funded agency, program, or project should be immune from oversight – including science and defense spending

A common refrain used to attack Congressional waste reports is that these members are not scientists and therefore have no business scrutinizing the merits of any scientific research.  Just like we should not fund the pentagon and just trust the generals, simply saying scientists know best is not the way oversight should work.

We know there is waste, fraud and abuse across every federal agency.  This is inevitable in a $4 trillion enterprise where you have people spending money that is not theirs.  But, can you imagine how much worse it would be if there were no Inspectors General (IG), Government Accountability Office (GAO), or other watchdogs to hold agencies accountable?

None of the members publishing waste reports have advocated that Congress make specific award decisions.  Nor are they making battlefield decisions.  But members of Congress do have an obligation to look at how taxpayer funds are being used and scientific research should not be exempt.

A similar common critique is that these waste reports are just politically motivated attacks on science and these members do not know or care how science research works.  Again, Dr. Coburn supports our military and national defense but did not give the pentagon a pass because their banner cause is popular and important.  One can be supportive of the mission and scrutinize projects within it.  Support and oversight are not mutually exclusive.

Part of being an advocate is not only providing the money, but ensuring it is getting results and is not being squandered.

When you have the director of the National Institutes of Health (NIH) saying that lack of funding is the reason why we did not have an Ebola vaccine – the taxpayers rightly should ask how come we are studying dating patterns of oldpeople or developing children’s card games about killer snails.  Advancement of knowledge is great – but the standard for knowledge advancement for our elite federal research agency should be more than just niche knowledge building exercises or political science studies that make for cocktail hour fodder.

Wastebook first came out in 2010, and between Coburn, Flake, Lankford, and other reports, there has been over 100 National Science Foundation (NSF), or other science related, entries.  I have yet to see anyone come back and say, you were wrong – look at this amazing advancement or outcome that came from the project that was highlighted.  No breakthroughs to date have come from a federally funded study on where it hurts most to get stung by a bee or whether smiling in selfies make people happier.  Given the scientific community’s defensiveness and scorn for waste reports, this would seem to be a desirable, sought after, and attainable goal.  Even within the Undiscovered podcast, the researcher in the story justified her research by pointing to a potential defense application that had already been discovered prior to the funding of her study and is being researched through a separate DoD grant.

Instead, we hear a rallying cry that science equals truth and progress, therefore all science is cloaked from scrutiny.  A project can be interesting or informative but not merit limited federal resources amongst so many competing priorities.   We cannot afford to fund everything, and there is an intersection with limited tax dollars that Congress has to keep in mind.

Another common critique is that a $1 million research grant is just a miniscule portion of the federal budget.  This is often cited by defenders of highlighted projects and programs across every agency, which is a really hollow point.  Everything pales in comparison to $4 trillion – the size of the annual federal budget.  It still matters if a Congressman awards himself a $20 million earmark.  No one would say, “Well, you know that’s only .0001 percent of the budget, so it’s fine.”

Further, the idea that $100,000 is too small to matter shows a real disconnect between pundits in Washington when it may take the average American 10 years of hard work to pay the equivalent of $100,000 in taxes that went to a project.  Treating $100,000 as an inconsequential amount really undermines the hard work of the taxpayer.

Senator Coburn was in favor of federal support for scientific research, but his duty as a legislator is to conduct oversight to ensure every penny is being properly spent.  We have limited resources, so a $1 million grant that goes to something frivolous is a real setback or a missed opportunity when it could have been used for something transformative.

We are applying the scientific method which begins with asking a question.  Does this project advance our national priorities?  Can the amount being spent on a project be justified when compared to the needs of other priorities in research or other federal responsibilities like homeland security?

Context is important.  We are raising up priorities for where we place our tax dollars across the federal government that is $20 trillion in debt and with fiscal woes that are only getting worse.   Which means that we will keep asking, does political science deserve NSF money?  Why does Congress fund the purchase of more federal land when the land we already own has a $11 billion maintenance backlog?  Why are we spending money to plant flowers next to a pothole ridden highway?  Why are we spending NIH money to write a book about tobacco culture in modern Russian while the NIH director is saying that we are underfunding life-saving vaccinations?

None of this is about attacking or trivializing science or the advancement of knowledge.  This is about accountability for how we spend taxpayer dollars and raising the big questions of our national priorities. As the podcast points out, those answers depends on one’s perspective.  But, first, the questions must be raised. 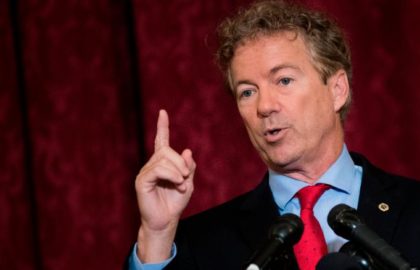 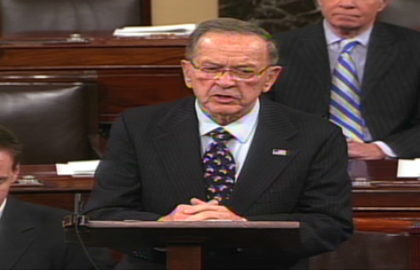