As the United States suffered record-breaking job losses in April thanks to COVID-19, the federal government is putting together another round of economic aid. The Trump administration has proposed cutting capital gains taxes, among other measures, to aid in the recovery, although the specifics of the cuts aren’t clear right now. Unfortunately, this policy would fail on three levels: as a temporary relief measure, as short-term stimulus, and as an incentive for long-run investment.

To understand this, we have to consider the three time horizons economic policy can influence right now. The first, in the immediate term, is relief: for better or worse, a large part of the public health response to COVID-19 has involved shutting down large sectors of commerce (even though commerce was contracting before lockdown orders went into place), so fiscal policy proposals to “stimulate” the economy don’t make sense as long as so many businesses are closed. Instead, the government’s role here is to provide individuals and businesses who need it assistance paying the bills as long as the virus makes commerce ill-advised for public health.

The second time horizon is what happens in the immediate aftermath of the pandemic. While it’s unclear exactly how contained the virus will be, there should come a time in the next year or so in which the economy is mostly open. But we will have just entered a deep recession, with sky-high unemployment and negative GDP growth. A situation like this would generally call for demand-side policy geared to increase spending. That might mean tax cuts for lower- and middle-income households with a high marginal propensity to consume, or government spending in the form of more social welfare programs or a large infrastructure bill.

Lastly, there’s the longer-term horizon, where we focus on policies on the supply side of the economy to make the economy stronger. These could take many forms. On taxes, we could allow companies to fully expense capital investments  — as the evidence suggests that’s one of the tax policies that’s most effective at stimulating productivity growth. Alternatively, we could look at government spending on research and development to spur innovation and productivity growth. And lastly, deficit reduction is also relevant in this time horizon: we should make sure our fiscal house is in order so we do not suffer the long-term consequences of permanent trillion-dollar deficits down the line.

A capital gains tax cut does not serve the economic needs of any of these time frames.

In the immediate term, a capital gains tax cut is nowhere near targeted at people who have lost their jobs or risk losing their businesses. Instead, we should focus our fiscal energy on policies like the Paycheck Protection Program, to keep small businesses afloat, or Sen. Mitt Romney’s Patriot Pay proposal, which would ensure that essential workers are properly compensated for the risks they are absorbing.

A capital gains tax cut wouldn’t do much once the pandemic’s somewhat contained, either. That’s because it’s not a good way to increase consumer spending. As the nonpartisan Tax Foundation found when it modeled the Democratic candidates’ various capital gains tax increases, capital gains taxes do not significantly impact taxpayers below the 80th percentile in income on a static basis. Now, just because a tax is progressive does not mean that it’s a good idea. But if your goal is to stimulate spending in the economy, it doesn’t make sense to cut a progressive tax, because the marginal propensity to consume is lower for high-wealth and high-income households, so a tax cut focused on them will not have as big an impact on consumer spending than one focused on lower-income households.

We shouldn’t just be focusing on the demand side — a stimulus plan should include supply-side economic policies as well. Fully expensing capital investments makes sense because it would help increase the capital stock, productivity growth, and wage growth. However, a capital gains tax cut is not a particularly effective supply-side policy, according to analysts from across the political spectrum. The Tax Foundation’s Taxes and Growth model found that expensing for capital investments in structures was 84 times as powerful in terms of economic growth generated per dollar of tax revenue lost than capital gains tax cuts are.

In the midst of a recession, deficit concerns tend to (often justifiably) get deprioritized. But that doesn’t mean we should give up hundreds of billions in tax revenue for a tax cut that won’t stimulate much economic growth or help those in most need. 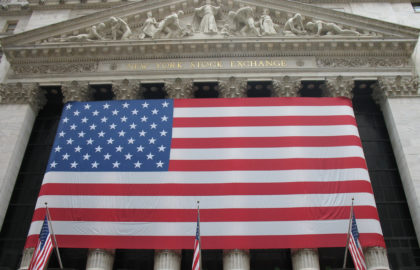