If you’ve read or watched the news in the past few years, you might think the country is completely divided in two. But, if you’ve conversed with any number of people in your neighborhood, it’s hard to reach that conclusion. Why do politicians and news outlets paint a picture of America crumbling? Turns out, our country’s discourse is controlled by a fraction of Americans – the extreme left and right.

In a recent major analysis of the political identification of the American people, a mere 14% of Americans belong in the politically active camps of the right and left. Sixty-seven percent fell into groups comprising what the researchers dubbed the “exhausted majority.” Millions of people caught in the no-man’s-land, just patiently waiting for the bombardment of political ads to end.

And yet, this miserable binary choice is all we’ve got. Come Tuesday, millions of Americans have to step into the booth and rationalize which party or candidate won’t be as bad as the other. Do we pick Harry or Lloyd?

What’s even more frustrating isn’t that these sub-par candidates are the contenders for what some are billing as the most important midterm election in American history. It’s how little is actually at stake. No matter the outcome on election day, the same Congressional leaders that have shown zero appetite to take on our nation’s grave fiscal challenges and bloated government will remain in charge. The same legion of lobbyists will still be armed and ready to go to whichever offices they need to get their chits. With a cycle defined by distractions, no one will have a mandate for substance once the dust settles. And boy do we ever need substantive changes.

The American people were once stuck in a similar bind with expensive and limited choices for their tv subscriptions. Want to watch HGTV? You’ve got to sign up for 13 different ESPNs. Want to watch the games on Saturday? Congratulations, you also get all the Lifetime soaps. We would grumble, but we would deal with it. Because that’s just the way it works.

Then, in typical American fashion, a few innovators decided that “the way it works” wasn’t working for them.  What came about were Netflix, Hulu, AmazonPrime and other streaming startups that have completely revolutionized the entertainment industry. While many continue to keep their cable subscriptions, more and more people are choosing to stream their entertainment. And younger Americans were the first to cut the cord.

So, what does cord cutting look like in American politics? Who is going to be the gamechanger that actually tries to connect with the largest voting bloc of Americans who feel overwhelmingly unrepresented?

Some may argue that it’s Democratic Socialists. However, that movement looks more like ABC’s Lost – really interesting and exciting concepts but they have no idea where they will lead us and it will inevitably end in disappointment.

Some may say it’s the resist movement and anti-Trumpism – which is fine for accountability purposes, but opposition isn’t governance. Just like the TV Guide channel became obsolete once the guide button was incorporated – this is merely temporary.

In a country whose institutions are intentionally trying to divide us, the gamechanger will come from someone that wants to unite. The aforementioned study on American identity found that three out of every four Americans believe that “our differences aren’t so great that we can’t work together.” And Pursuit believes there are three central values that can unify younger generations: Transparency is the key to accountability, preventing generational theft, and the importance of objective and informed discourse.

We are the generation that grew up with the world at our fingertips. We can split tabs on our phones and facetime with friends across the country. Stopping waste and special interest carveouts through transparency and oversight should be a no-brainer.

$21 trillion in accumulated national debt is tiny compared to what lies ahead. The gap between what the federal government has promised and the amount that we will collect in taxes is a gargantuan $111 trillion. That is $923,000 per taxpayer, or $30,000 per year for the next 30 years. Each! We are the first generation of Americans to ever get a shakedown from the prior one. It’s time that we say enough is enough.

Finally, politicians and talking heads need to stop treating the public like we are naive, and start telling us the facts. Entitlement reform isn’t killing grannie and tax increases aren’t the first step on the road to serfdom. There is not a platform that our entire generation will agree on. Nor should we. But we need real leaders that represent the facts and can work through disagreement through vigorous and healthy debate. The politics of derision and destruction is not what we want.

Will there be a Hulu and Netflix of politics? We don’t know. But there are tens of millions of unsatisfied young Americans with an unquenched demand for something better. Not the backlash to Trumpism or the same bravado in a different uniform. But a real, genuine movement to make positive, sustainable change in America. We think it’d be a smart play.

Getting Welfare To Work 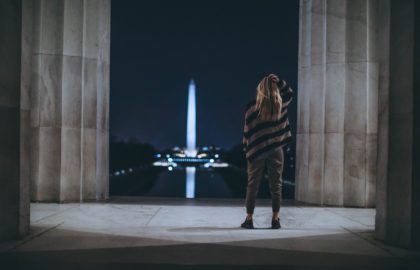