What Dr. Coburn Taught Me

My respect for Dr. Coburn’s reputation is what led me to be a contributor for Pursuit. I won’t presume to match the countless eulogies and tributes written celebrating his statesmanship, but I want to share two areas of great importance to me where Dr. Coburn’s influence remains a benchmark.

Dr. Coburn’s belief that “defending our nation and protecting the inalienable rights of every citizen guaranteed by our Constitution are the primary responsibilities of the U.S. federal government” paired with his laser-focused disdain for wasteful spending wherever it may be led him to be a fierce critic of the Pentagon budget. Within a political party where anything falling under the defense spending umbrella is often considered sacrosanct, Dr. Coburn led the charge on the need to audit the Pentagon. It was because of his commitment to smart defense spending that he highlighted “research projects that have little or nothing to do with national defense or medical needs related to military service” in the Pentagon’s budget.

These critiques found a friend in Senator John McCain. They regularly teamed up to challenge frivolities like budget carve-outs for Lockheed Martin to study supersonic corporate jet travel and partnered on oversight reports uncovering billions of dollars of waste in stimulus spending. In a speech bidding farewell to Dr. Coburn upon his retirement from the Senate, Sen. McCain reflected on their work as having “made good progress on some issues and not enough on others, but Tom Coburn was always an example and an inspiration to me.” Most important of all, he keenly pointed out that “friendship is a virtue to Tom, and he means to live a virtuous life.”

Just as the partnership of these two Senate mavericks contains stories of camaraderie and an aspirational guide for lawmakers, another important lesson for all of us can be found in Dr. Coburn’s distinguished life — his friendship with President Barack Obama.

I spend a lot of my time thinking about topics covering the importance of trust, respect, and forgiveness in American politics and why, though not always in vogue, they are indispensable to preserving the political space the Framers envisioned. Dr. Coburn’s example serves as no better guide for why that is so.

One would expect a younger, progressive senator from deep blue Illinois and an older, conservative senator from deep red Oklahoma with personal backgrounds nearly as divergent as their political ones to prefer combative displays on the Senate floor to mutual understanding. Defying the conventional wisdom of political polarization, that is exactly what Dr. Coburn and President Obama did.

Of his friendship with the president, Dr. Coburn remarked that “I just love him as a man. I think he’s a neat man. You don’t have to be the same to be friends. Matter of fact, the interesting friendships are the ones that are divergent.” It’s a truism all of us would do better to remember the next time we are composing a snarky tweet or getting ready to lash out at a friend or relative with differing opinions. Truer still is a similar reminder he offered: “How better to influence somebody than to love them?”

As Dr. Coburn found inspiration in quoting Abraham Lincoln, it is fortuitous that his quote sounds like a modern restatement of one of my favorite lines from the 16th President. “If you would win a man to your cause,” Lincoln stated, “first convince him that you are his sincere friend. Therein is a drop of honey that catches his heart, which, say what he will, is the great highroad to his reason, and which, when once gained, you will find but little trouble in convincing his judgment of the justice of your cause, if indeed that cause really be a just one.”

There’s a lot to unpack there, but the shorthand interpretation is a fact Dr. Coburn knew well; human connection is about more than politics alone, and when politics does factor in, it requires us to display empathy and respect to our political opposites if we ever have a hope at persuading them to our viewpoints. He knew that the personal and the political were unique entities. In both venues, he was always guided by his faith’s instruction that we all have equal dignity and should not approach social relationships as a means to an end.

Dr. Coburn was never driven by a desire to create a legacy, but the countless tributes to so many other worthy qualities I did not mention here show that he has one worthy of revisiting all the same. Whether it is R Street Institute Senior Fellow James Wallner’s observation that “Coburn accepted the fact that conflict is a necessary precondition for compromise” or The Atlantic Staff Writer Andrew Ferguson’s remark that he was never afraid of challenging “Washington’s professional conservatives […] who had come to town, as the phrase goes, to do good and stayed to do well,” it is clear that Dr. Coburn had a well-earned reputation for doing the right thing for its own sake.

These are the lessons I’ve learned from Dr. Coburn’s life, and I plan to keep drawing inspiration from them. We should all endeavor to find a lesson or two he can teach us as well. 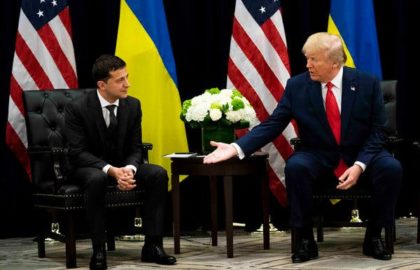 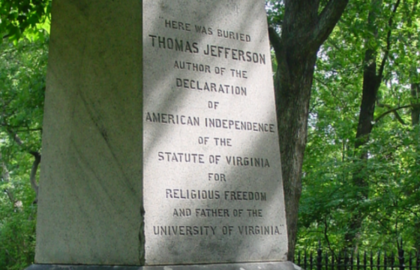