The easiest way to explain M&O contracts are to go back to their origin during WWII. The Manhattan Project was the federal government’s initiative to produce the first atomic bomb. Because the federal government did not have the internal capabilities or expertise to achieve the goals of the Manhattan Project – the government utilized contractors to carry out the mission. This eventually took the form of the Atomic Energy Council.

While the Atomic Energy Council no longer exists, the model of the DOE contracting with private companies and educational institutions to study and solve complex problems continues. The vast majority of the DOE mission is fulfilled through 22 government-owned, contractor-operated facilities that are governed under the M&O contract.

To say these M&O facilities are critical to DOE’s operation is akin to saying the Night King is critical to the White Walkers’ operation. Without them, the DOE would practically not exist.

Which is why it is so alarming from the perspective of the taxpayer to know that DOE’s contracting has been on the Government Accountability Office (GAO) High Risk List since its inaugural edition in 1990. And a recent report from GAO details exactly why their contracting practices are so problematic – they hardly take into account cost-effectiveness and hand out bonuses at an alarmingly high rate.

From 2006 to 2016, DOE spent $193 billion on M&O contracts – including $24 billion in 2016 alone. M&O contracts reimburse the contractors for costs incurred and provide incentives in the form of performance bonuses to keep them moving towards their objectives. This is opposed to a more typical fixed-cost contract – that would say we’re going to pay you $100,000 to furnish this building. If the contractor gets the job done for under $100,000 they get to keep the profit. If they go over, well, the costs are on them.

Obviously, the unique nature of the research facilities makes it difficult to enter into a fixed-cost contract. But the open-endedness of the M&O contract means that they carry a higher risk to the taxpayer, as the contractor can charge items to the federal government that may not be cost effective. In fact, the government is on the hook for paying for the contractor’s expenses even if it does not complete the work.

This means that DOE’s oversight of cost-management is critical to containing taxpayer costs. On this mark, DOE is falling short.

GAO analyzed the performance reviews that DOE uses to evaluate M&O contractors and found that DOE was heavy on administrative and technical evaluation and incredibly light on cost performance. Only 24 percent of the evaluations reviewed by GAO contained any information on cost effectiveness. Overall, GAO determined that the average performance report was 67-pages long and only included one page on cost-effectiveness. Even when the information was included, the statements were unhelpfully vague, such as stating that the contractor was “over budget” without clarifying by how much.

In fact, DOE does not even require that the evaluations include cost-effectiveness at all, which has a compounding impact on the taxpayer.

For the criteria that DOE does grade on, it’s safe to say the DOE is not that stingy. From 2006 to 2016, GAO found that DOE provided a median of 94 percent of available award and incentive fees to the M&O contractors – totaling $3.4 billion. In one case, the Sandia National Laboratories’ contractor had to pay $4.7 million to settle illegal lobbying charges with the Department of Justice. That same year, they still received 85 percent of their available bonus!

It’s really hard to believe that the performance bonuses are working as an incentive mechanism when they are awarded at a 94% rate and only withdrawn following a serious incident.

DOE Should Switch to a Better Incentive

But the GAO did provide a telling example of a real incentive for contractor.

An explosion of a waste drum at Los Alamos National Laboratory has cost the taxpayers $600 million in total to date – while the responsible contractor only missed out on $65 million in fees. However, the explosion was a significant factor in the DOE decision not to extend the contractor an additional seven years. The value of that lost contract to was $17.5 billion in fees.

Which raises the most important point. The biggest prize for M&O contractors is to win a new contract with the DOE –the value of which far exceeds the performance bonuses. The incentive for the contractors should be to do an excellent job so they can win another future contract.

To the extent that the award fees incentivize better work is called into question by the fact that they are awarded 94% of the time. If a teacher gives 94% of his student’s A’s on their paper, it could mean that they did a great job. But it’s more likely that he was an easy grader. It’s no coincidence that the DOE official in charge of awarding the bonus is typically on-site.

Instead of utilizing performance bonuses that are awarded at a 94 percent clip, DOE would be better off using the already existing mechanism of the chance of contract renewals to encourage better performance. It is also critical that DOE account for cost-effectiveness in their evaluation process – as these contract types are incredibly susceptible to cost overruns.

GAO’s analysis makes clear that the system is not working. While these contractor-run institutions are using cutting-edge technology to solve society’s most complex problems, it’s time that Congress and DOE use simple principles to fix the broken system that funds them. 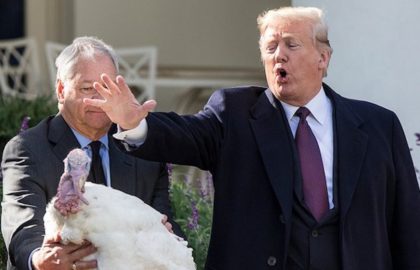