The first Thanksgiving, the celebration of a good harvest by the Pilgrims at Plymouth, has turned into a nationwide holiday of giving thanks for all of the blessings in our lives. While the holiday is celebrated by most, that’s not to say it is without controversy. The Peter Jay Sharp Theater was granted $10,000 from the National Endowment for the Arts (NEA) to produce such a controversial, and self-described “woke” production, The Thanksgiving play. “In Larissa FastHorse’s hilarious new satire, “woke” teaching artists scramble to stage a pageant celebrating both Turkey Day and Native American Heritage Month…while also quelling their white guilt.” The video’s promoting the play are as “woke” as the play itself.

Following Thanksgiving turkey directions may be easy for your mom, but if you’re having trouble baking your Thanksgiving feast, maybe it’s time to turn to the federal government for help. According to the Washington Free Beacon, “The National Institutes of Health (NIH) spent $30,000 on a conference dedicated to researching a “novel” practice: teaching people how to cook.” The conference highlighted “teaching kitchens,” which are exactly what you think they are – kitchens that teach basic cooking techniques. If mom can’t teach you, perhaps Uncle Sam can get you through the holidays – then you can go back to Chef Boyardee.

The U.S. Department of Agriculture’s (USDA) Value Added Producer Grant has made an appearance in many of our waste reports. The USDA just can’t seem to distinguish between socially-disadvantaged farmers, small/medium sized farms, or beginning farmers or ranchers. In 2016, the cranberry behemoth, Ocean Spray Cranberries, received $250,000 through the program despite their $2 billion in annual sales. So remember when you slide that Ocean Spray cranberry sauce out of the can – you built that.

Thanksgiving wouldn’t be complete without the pie. Though this pie may be a little different than the one sitting on your dinner table – at least we hope so. The National Endowment for the Arts granted Theatre Grottesco $10,000 to support the development and the national tour of “Pie.”  According to a critic, “Pie was inspired by the following quotation from astronomer Carl Sagan: “If you want to make an apple pie from scratch, you must first invent the universe.” The theatre is known for its strange plays, as one actor tries to describe Pie: “It’s crazy. It’s stupid. It’s about a giant baby who eats space and time, and pukes out the universe.” Try not to puke when you finish eating your second meal in two hours this Thursday.

Many traditions of Thanksgiving revolve around football. Whether that be watching the Dallas Cowboys play on Thanksgiving day or heading to your alma mater to root against your team’s biggest rival. Last year, the Tax Cuts and Jobs Act closed a loophole that allowed season ticket holders to deduct college athletics season tickets. The loophole let season ticket holders deduct 80 percent of the payment for the right to purchase seating at collegiate sports events. By closing the loophole, taxpayers will save an estimated $1.9 billion over 10 years – touchdown, right? Well, there’s been a little home cookin’ this year, and colleges are now finding ways around the newly closed loophole. Universities are now utilizing tailgating spots and instituting “priority points” that link donations to cheaper tickets – which are tax deductible. Taxpayer fumble – recovered by college sports boosters.

EPA Spent $1.2 million on Conference Calls When They Could Have Been Free 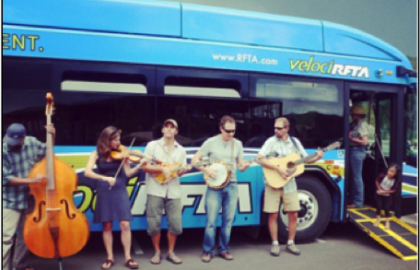