While Americans have grown sadly accustomed to ever exploding debt in Washington, we must never lose sight of the fact that something can be done about it. If we are to restore hope and opportunity for the next generation, we have a duty to root our senseless waste, fraud and abuse.

This year’s report features “Fish on a Treadmill,” which pays tribute to the original Wastebook author, former Senator Tom Coburn, and his “Shrimp on a Treadmill,” that has become synonymous with government waste. This time however, the University of California-San Diego Scripps Institution of Oceanography conducted the experiment with a $560,000 grant from the National Science Foundation. The fish were exercised to exhaustion at different oxygen concentrations to determine if “a rise in atmospheric oxygen” hastened the emergence of animal life from water to land.

The report has a multitude of other waste including studies that were quite obvious.

The first, a $5 million study to find out if fraternity and sorority members on college campuses consume alcohol, and at what rate. Among a plethora of findings, researchers found that “members of Greek letter organizations consume higher quantities of alcohol, report more frequent drinking, and experience more alcohol-related consequences relative to non-Greek peers.”

Perhaps even more eye opening, a project conducted at Vanderbilt University funded by the NIH’s National Eye Institute and the National Science Foundation spent more than $300,000 to find out whether boys or girls spend more time playing with Barbie dolls. According to the report, “these assumptions were confirmed by a survey of nearly 300 men and women, who were asked about their experiences with Barbies and Transformers and quizzed on the how well they recognized the faces of the toys.”

Senator Flake notes that, “by stopping unnecessary expenditures, more resources will be freed up for our true national priorities. The U.S. is now paying more than $284 billion just in interest payments on the debt every year. This is more than the amount spent on transportation, education, and the environment combined. We can do more without spending more by simply making better sense out of how we spend every cent.” 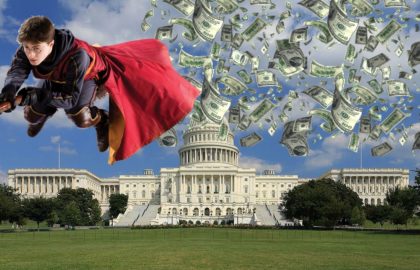