Well, it’s happening. Another round of tariffs (i.e. taxes) were officially slapped on to $16 billion worth of Chinese imports and China, as predicted, responded in kind. And they did so literally one minute after our tariffs were enacted.

In what appears to be a concerted effort to make Americans pay higher prices for just about everything, the Administration’s savvy strategy is to double down on the dumb. And like the Star Wars prequel trilogy from which this article derives its title, this is also going to end poorly.

While there may be no Dark Lord of the Sith pulling the strings from the shadows (never rule it out though), the economic impact of returning to a state of tax-and-control protectionism over the import and export of goods is just as nefarious.

The latest round of tariffs on Chinese imports include a 25 percent “duty” (i.e. tax) on chemicals, semiconductors, and plastics. In response, the Chinese implemented their own 25 percent tariff (i.e. tax) on American goods, such as diesel fuel, coal, various kinds of medical supplies and devices, and automobiles.

One can almost hear Darth Sidious cackling in delight.

The practical impact is that the cost of every good hit with a tariff—and those that use these items—will increase to accommodate reduced profit margins in these affected industries. This will have a compounding effect that will only ratchet up as the trade war escalates. U.S. businesses will lose market share, which will cut further into profits, which will then mean fewer jobs.

That 4.1 percent growth we saw in the second quarter—due in large part to rolling back regulations and cutting taxes—is likely to slow down.

So, Americans pay the price quite literally when it comes to the cost of various goods, but they also see fewer jobs as well.

Here’s a partial list of items that expected to increase in cost since the Administration’s tariff scheme began to take shape:

But as Count Dooku warned at the outset of the Clone Wars, this is just the beginning. The Administration already has plans to potentially quadruple the tariffs on Chinese goods to $200 billion.

If you live in a state like Texas, this is a horrifying development. Texas just hit a first-time milestone this week in which it now exports more oil than it imports. There’s a lot of reasons for this great development, but that’s for another time.

Importantly though, Texas has arguably benefitted more than any other state from free trade. Since the implementation of NAFTA, Texas has added more than 4 million jobs and continues to lead the nation in job growth. Texas’s average annual private economy growth is 3.5 percent. Before NAFTA, it was only 2.5 percent.

Oh—Texas is now the 10th largest economy in the world all by itself.

And it’s responsible for 17 percent of all exports in the United States. Nearly one out of every five items that leaves the U.S. to go somewhere else comes from Texas. It’s a central plank of Texas’s economy.

Texas’ top three trading partners, in order, are Mexico, Canada, and China. They also happen to be the top three tariff targets of this Administration.

This is a direct threat to the nation’s leading job-creating state. And one of the most attractive states for millennials looking to start their career or find a new job.

So, when homes become unaffordable, the cost of groceries and clothing skyrocket, gas prices soar, and job growth starts to crater—one wonders if the Administration will rethink its approach. Or if Congress will finally act on legislation to curb the Administration’s tariffs?

One can only hope.

Otherwise, the proverbial Sith will have already hit the fan. And we all know how that turned out… 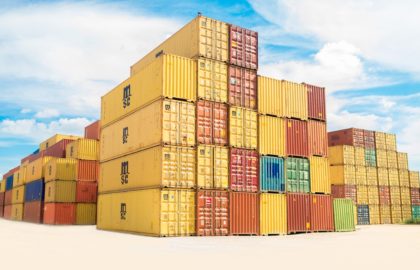