It has been nine months since the Trump administration issued a series of tariffs on Chinese goods and kicked off an ever-escalating trade war. With debate running hot among political observers over the justification for President Trump’s decision to roil the trade relationship between the United States and China, we are beginning to see the effects of the trade war unfold in real time.

President Trump, who famously styled himself as “Tariff Man” in defense of his trade actions, previously made the case that imposing tariffs on Chinese goods would usher in economic growth and a return of manufacturing jobs to the U.S. In many cases, the president’s claims do not appear to have achieved the results he initially touted some nine months ago.

A particularly notable downside was the trade war’s reception by investors. After a dismal December on Wall Street, economic analyst Nicholas Colas identified the “threat of an escalating trade war has chilled U.S. business confidence, with managers uncertain as to if/how they should restructure global supply chains” as a major cause of market volatility. The uncertainty of President Trump’s trade strategy — coupled with the effects of the tariffs themselves — has meant similar uncertainty for stock traders and the economy as a whole.

It is important to keep in mind that while uncertainty on Wall Street is a serious subject with significant consequences, the justification for the president’s trade actions have always been about more empathetic subjects like job security and economic well-being. Unfortunately, the president’s trade policies do not show signs of success in these areas either.

Despite President Trump’s insistence that his actions on trade have brought jobs back from overseas, there is evidence to suggest that his tariffs on foreign goods have instead encouraged businesses to shift more of their operations overseas. In one stunning example, Cory Steeby, president of the Holland, MI-based EBW Electronics, told The New York Times that “[tariffs are] a tax that comes right off the bottom line. It totally incentivizes you to move out of the United States and build either in Canada or Mexico.”

As I broke down in Pursuit’s trade explainer, tariffs often cause job losses to spike. If the cost of raw materials increase for a company due to a tariff placed on common items like steel and aluminum, the business will naturally want to move more of their operations to places where that added cost can be avoided. Adding insult to injury, companies do not have the resources to hire additional workers.

Farming has been another sector where the president’s actions on trade have caused just as many problems for the U.S. as it has for China. While it is true that China reported diminished economic growth in the latter half of 2018, American farmers have been bearing the brunt of the trade war. For example, after China slapped retaliatory tariffs on American soybean exports, Reuters reported that “prices for U.S. soybeans [sank] to decade lows that farmers say are below the cost of production.” The move also carried the ironic downside of strengthening Brazilian agricultural business at the expense of the U.S.

Even President Trump was forced to implicitly concede that the trade war was hurting farmers when he announced a subsidy package aimed at easing the strain on the agriculture industry (at a price tag of $12 billion). The necessity of the subsidy alone should be a glaring indicator that current U.S. trade policy is not reaping the rewards that were promised before the trade war.

So often, discussions about trade policy focus on what is good for businesses and commentators assume the large-scale positive effects on everyday Americans is taken as a given. These abstract conversations often ignore the laid-off workers and struggling communities that come with increased global competition. As National Affairs editor Yuval Levin writes, “the market values risk-taking and creative destruction that can be very bad for family and community.”

But, as the last 9 months have shown, the trade war’s burden on businesses comes home to hurt individual consumers and their communities too. When a business is forced to relocate due to climbing production costs or a common product’s price increases, that does nothing to help individuals caught in the middle of nebulous discussions about trade.

The results of the U.S.-China trade war have been a real-life demonstration of why free trade is a cause worth championing, but free trade proponents would do well to take seriously the anxieties of communities caught in the whirlwind of our fluid economic landscape. A case for free trade that resonates with the people such a policy is intended to help will make all the difference in avoiding more quagmires like the last nine months. 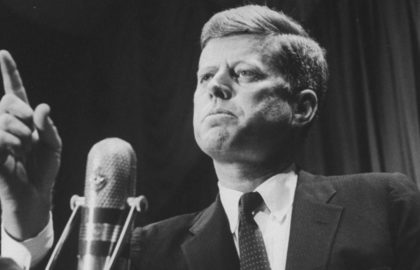