They are the forgotten New Year’s Resolution of Capitol Hill. Everyone swears this is the last year right up until the point where they extend them all over again.

They are expensive, parochial, ineffective, and despite numerous promises, never seem to go away.

They are the time traveling special interest tax breaks known as the tax extenders package.

The tax extenders package is the catch-all term for the dozens of individual, business, and energy tax breaks that are regularly extended by Congress for one or two years at a time. There are currently 31 tax breaks that fall into this category, the vast majority of which expired at the end of 2017.

Despite the GOP’s so-called comprehensive tax reform bill that passed at the end of 2017, or the PATH Act of 2015 which was advertised as putting an end to the horrible tradition, there is yet another tax extenders package making its way through Congress that will provide billions in special interest tax breaks for activities that have already happened.

If this reprehensible process got a fraction of the attention that Trump’s tax returns received – Congress would be shamed into getting rid of them.

But the tax extenders continue to coast under the radar – aligning the tailored interests of corporations and trade groups with the parochial interests of Congress to deliver a billion-dollar bounty to the likes of tuna canners, Hollywood producers, race horse owners, and rum distillers.

And Congress often provides these benefits retroactively -meaning they are purely a transfer from the taxpayers to the companies, rather than an incentive that achieves some public good. After all, you can’t incentivize activities that have already occurred.

Let’s do our best to blow the lid off this ignoble tradition – we’re here to provide you with the info you need to tell your Congressmen to knock it off.

Tax Extenders are a Back Dated Check from Congress

This is going to get confusing, so bear with us. The last time the tax extenders were dealt with, Congress passed a law in February 2018 that made the series of 31 tax provisions effective from January 1st, 2017 to December 31st, 2017.

Yes, you read that correctly.

Congress provided $15 billion in tax benefits for activities that took place the prior year.

These tax extenders expired on December 31st, 2017. Yet, 18 months later Congress is considering passing a bill that will renew them again effective January 1st, 2018. Most tax returns have already been submitted for 2018, so companies will file amended returns to reap the benefits of Congress’ giveaway.

This is Congress’ version of a back dated check.

Under the most generous reading of the efficacy of tax carve-outs, they are supposed to incentivize behavior that benefits the public good.

But by delivering these tax benefits retroactively, they do not serve to influence behavior. They are simply a handout from the federal government to a select few.

For instance, one of the biggest provisions in the extenders package is a tax credit for biofuel development. Both people that advocate for and against the provision agree that conferring the benefits retroactively is terrible policy. Taxpayers For Common Sense said “this is a straight giveaway” while the Renewable Fuels Association chided that “when you only do a retroactive extension, it decimates the impact of a tax credit.”

It’d be like a football coach getting his players motivated for the upcoming season by giving them bonuses for the touchdowns they scored last season.

Or as the effect of an energy efficiency tax credit was described, “we are spending public money and not accomplishing anything.”

The tax extenders encompass a wide variety of policies and industries. But they all have one thing in common: a good lobbyist or a powerful interest group.

Let’s go through some examples of the winners.

Finance Committee Chairman Grassley (R-IA) will be wooed by lobbying from the biofuels industry, which has two tax provisions in the extenders package. One provision provides companies a $1.01 per gallon tax credit for each gallon of cellulosic biofuels they sell while the other provides them an advantageous tax write off for building production facilities. Grassley’s home state contains a commercial-scale cellulosic biofuel plant which takes advantage of the lucrative tax credit. That plant spent $1.6 million on lobbying in 2017 – and was able to get their tax credit reupped for 2017. No doubt they will be pushing for the $5 billion tax break again this year.

NASCAR, of all industries, also gets in on the tax extenders package. One of the provisions provides NASCAR and other race tracks favorable tax deductibility for track improvements. The International Speedway Corp in Daytona Beach paid its lobbyist $160,000 in 2017 to keep the tax break going. It was no doubt worth the investment, given that the tax break is valued at $30-40 million annually.

Hollywood producers also benefit from the tax extenders action. The industry convinced Congress to include a provision for film and television production companies in a 2004 bill which was supposed to expire in 2008. But Congress keeps extending the tax break for Hollywood, even recently expanding it to cover Broadway and other theater production companies. While lots of Americans intentionally pay to go see box office hits in the theaters – every American taxpayer is unknowingly subsidizing them through the tax code. A two-year extension will come at the cost of $1.6 billion.

StarKist Tuna is the beneficiary of another tax break that targets economic development in the American Samoa. As the primary beneficiary of the tax provision, StarKist also pays for the lobbying. In 2017, they spent $350,000 for lobbying services from Steptoe & Johnson. Once again worth it, as a 3-year extension is worth $25 million to them.

Tesla is another company that is rewarded through tax extenders. One of the tax extender provisions is a 30 percent tax credit to offset the costs of installing refueling tools, such as a Tesla charging station. Tesla spent $740,000 to lobby for the renewal of the tax credits in 2017 – which are valued at $49 million annually.

Finally, taxpayers are putting money down on the horse tracks without even knowing it. A provision that helps owners offset the cost of investing in racehorses is a lucrative one that benefits a small and wealthy group. Next time you watch the Kentucky Derby, remember that the owners’ boxes are subsidized by a $37 million per year tax break compliments of the American taxpayers.

This is just a selection of the 31 provisions that make up the tax extenders package. You can read more about the rest of them here or here.

The hodgepodge of tax extenders are not only bad policy, they are expensive too.

The House Ways and Means Committee recently passed a package of tax policies that included extending the 31 expired tax provisions for two years – retroactive to 2018 and 2019. This alone cost $33.1 billion.

But as you’ve probably figured out by now, Congress will likely continue to indefinitely extend these provisions one or two years at a time. By avoiding extending these provisions permanently, they duck paying for their full costs. This gimmick causes our budgets to look better than they really are.

If Congress were to extend these provisions permanently, they would cost $93 billion over the next 10 years. While that may not seem like a lot compared to $44 trillion in total revenues coming in over that time period, that is still the equivalent of funding the EPA for an entire decade (it’s also the amount of twenty Trump walls which caused the government to shutdown this past winter).

The bottom line is this, rather than passing it on to the next generations, Congress needs to take on our massive debt problem now. Obfuscating our true debt problems by an additional $100 billion with a can kicking approach to the tax extenders only serves to punt more problems to younger generations.

This Was Supposed to End

In 2015, Congress passed the PATH Act on a bipartisan basis. When they did so, they made a lot of popular and expensive extenders provisions permanent, thus putting them into the budget baseline. The bill was sold by the sponsors as ending the tradition of tax extenders. Now that the most popular provisions were put into permanent law, the sponsors promised that the ones that did not make it into the permanent package would fall by the wayside. Then-chairman of the Senate Finance Committee, Ron Wyden (D-OR) said “this will be the last tax extenders bill the committee takes up as long as I’m chairman.”

To put the final nail in the coffin, the GOP passed what they sold as the first comprehensive tax reform bill in 30 years. The mantra of “lower the rates, broaden the base” was echoed by all Republican members on the campaign trail. This meant that special interest provisions like the tax extenders would be eliminated.

In fact, the 30 tax extenders were not included in the GOP tax reform package. Meaning they did not have the support of the bill writers to be a part of the revamped tax code.

The combination of these two events should have precluded the tax extenders conversation from ever happening again.

Yet, just three months after the GOP tax reform bill passed, Congress stuffed a retroactive renewal of $15 billion in tax extenders into a massive budget blowout bill, thus bringing back the wretched tradition back from the dead.

And this summer, the conversation is rearing its ugly head again, with the House Committee already passing the tax extenders and the Senate Finance initiating an examination to determine which ones should continue.

How about none of them?

Savings and investment in the American economy should be predicated on risk and return – not lobbyists and politicians. Moreover, Congress should stop driving our country further into debt, eroding the economic future of younger Americans and sticking us with an unpayable bill and a load of bad policies.

Tax extenders are opposed by a large group from across the ideological spectrum who wrote a letter to Congress asking them to let what’s dead stay dead.

We hope Congress heeds their advice. It’s time for the tax extenders tradition to finally end. 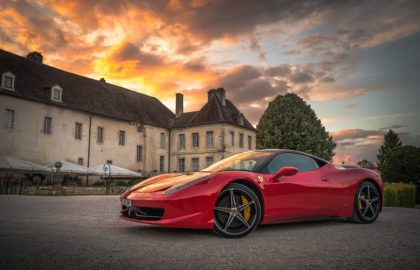 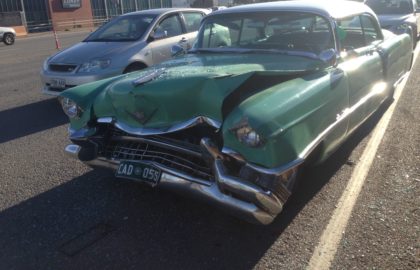