The political news this week was dominated by the first of thirteen hundred, give or take, Democratic primary debates. The massive democratic scrum will undoubtedly continue to dominate the news over the next year as the party winnows down its 26-candidate field to the one nominee that will square off against Donald Trump in the 2020 Presidential election.

Also this week, the Congressional Budget Office released its 2019 Long-Term Budget Outlook, casting a massive shadow not just over the next year, but the next three decades. The report found that over the next 30 years, our national debt is projected reach “the highest [level] in the nation’s history by far, [at which point] it would be on track to increase even more.”

Just because it’s not talked about, doesn’t mean the threat does not exist. The Congressional Budget Office (CBO) made that starkly clear in this week’s report, outlining in stark terms that “the prospect of such high and rising debt poses substantial risks for the nation and presents policymakers with significant challenges.”

More importantly for younger Americans, if lawmakers continue to postpone reforms needed to address our fiscal problems, the “changes necessary to stabilize debt would place an even greater burden on future generations.”

There are plenty of 24-hour news cycle recaps of how the first debates did or did not shake up the Democratic primary. But if you are a member of the Gen X, millennial, or Gen Z generations (or care about their future) – this is the recap you need to read. 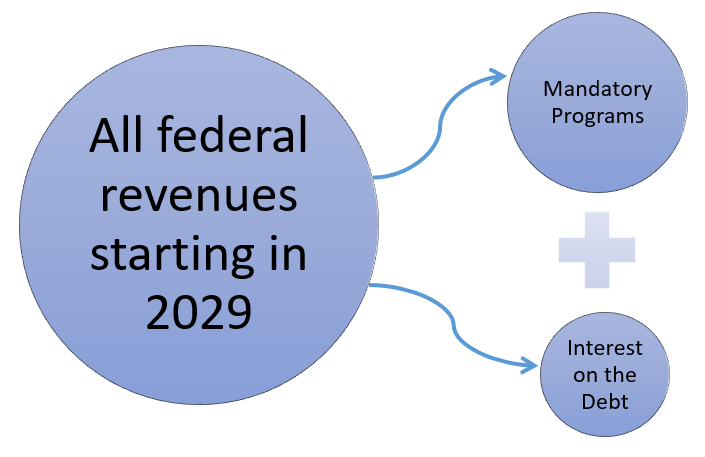 Let that sink in.

When the last of the baby boomers turn 65 in 2029, every single penny that the federal government collects in taxes will already be allotted based on decisions made decades ago. The funds will not be used for education, research, defense, transportation, or any other federal priority. They will be allocated to mandatory programs (mainly entitlements) or paying interest on the debt.

In other words, the current governing generation of boomers is locking up all the resources of the future by promising themselves benefits without fully paying for them. And once they retire from their taxpaying days – the younger generations will be stuck with the bill.

Thomas Jefferson warned of the consequences of fiscal profligacy when he said, “For if the first [generation] could charge [the second generation] with a debt, then the earth would belong to the dead and not to the living generation.”

The massive deficits and over-promising occurring now is not just a temporary mirage that will be easily fixed once a new generation of lawmakers come to power. It is massive generational theft that will have permanent consequences long into the future. 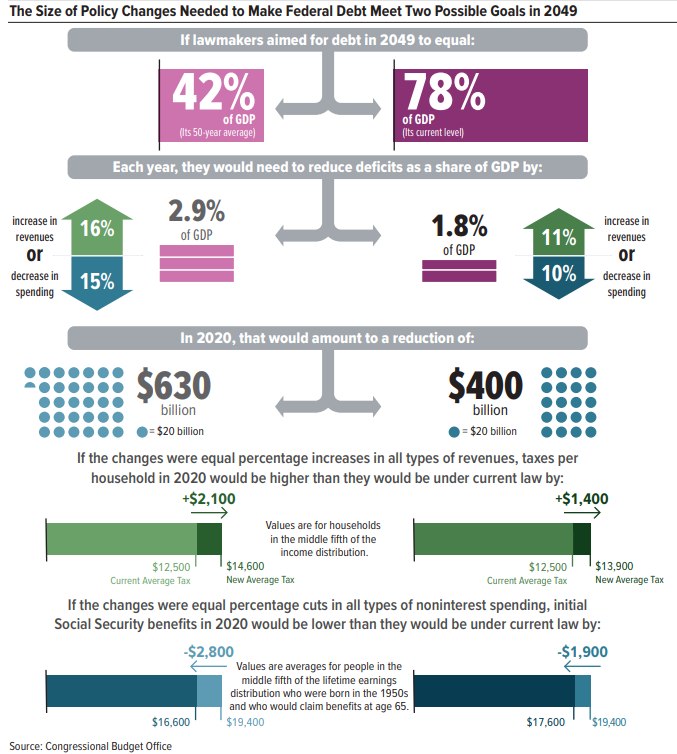 The budget challenge that we face is gargantuan.

Nothing sums it up better than CBO’s analysis of what it will take to stabilize the debt. We need a whopping $400 billion in deficit reduction every year for the next 30 years. That is the equivalent of a 10 percent tax hike (which equates to a $1400 tax hike for the median income taxpayer) or an 11 percent spending cut (which would equate to a $1900 Social Security benefit reduction for the median income taxpayer).

To put that into terms of recent debates – the GOP tax cuts was projected to cost $150 billion each year for the next 10 years. So simply repealing those would not get us half way there for the first decade.

Or take a look at the Budget Control Act of 2011 – which was supposed to cut spending by $200 billion annually over a 10-year period (which Congress did not achieve because they keep raising the budget limits).

Again, that historic budget deal would only account for half of the necessary annual deficit reduction needed to be sustained over three consecutive decades.

But that doesn’t even get at the full picture because CBO assumes that some tax cuts will expire in 2026 that lawmakers have already gone on record hoping to extend and that spending caps will remain in effect in 2020 – which lawmakers are currently in the process of negotiating a deal to lift. CBO also assumes that there will be no recessions during this time period – which would exacerbate the already woeful debt problems.

If lawmakers get their wishes or if there is a recession – then the projected debt will at least be 50 percent higher than under current projections.

In other words, the $400 billion in deficit reduction needed each and every year for the next 30 years is a conservative estimate. 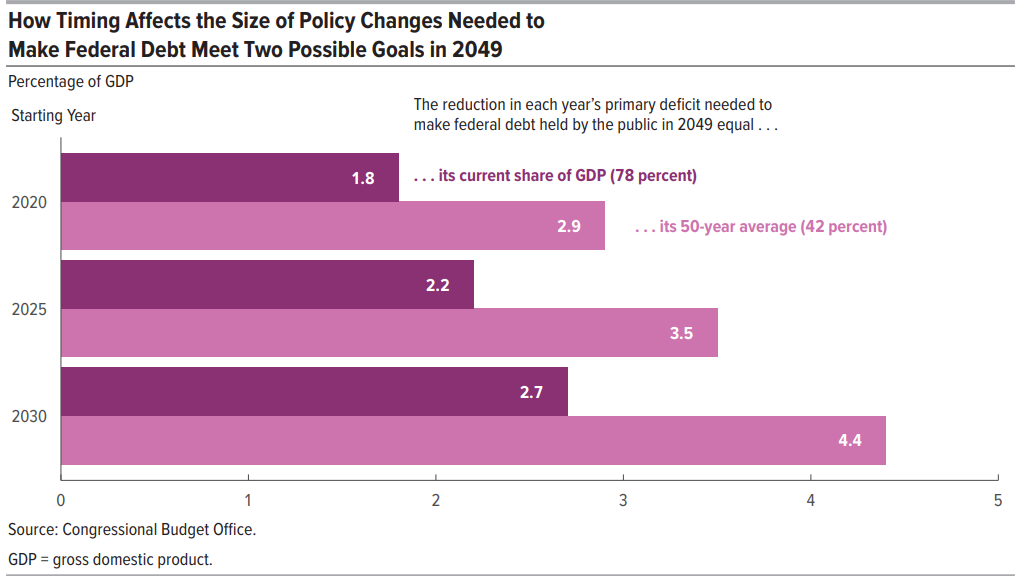 As mentioned earlier, the last of the boomers will turn 65 in 2029. Which means if Congress delays action on deficit reduction for 10 years – the baby boomers will escape sharing in the burden of saving the fiscal ship that they played the largest role in sinking.

We are talking about a multi-trillion-dollar transfer of wealth from younger generations to the boomers if Congress continues to delay the changes necessary to get our budget in order.

This should be the defining issue for young Americans

For young Americans, this long-term debt outlook will one day be their short-term debt burden.

The fact that it did not get a single mention in the first debates of Democratic party is embarrassing (the Republican party is exacerbating the problem too – ignoring it in favor of political expediency).

The 2020 elections are being competed on the terms of promises of new spending programs versus the laurels of massive tax cuts. What the CBO report makes clear is that the debates of the next generation will be on different terms – which taxes to raise and what programs will be cut and by how much.

Avoiding this abysmal future should be the defining issue for younger generations. 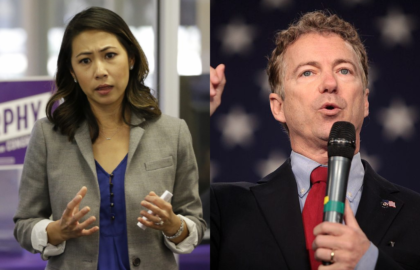 Fiscal Responsibility Gets Swatted Down by Leaders in Both Chambers