Parlez-vous français? Non? Okay, in that case we will stick with English. But you better brush up on your French if you want to visit Pershing Hall, the 5-star hotel in downtown Paris that happens to be owned by the Department of Veterans Affairs (VA).

With hundreds of old, decrepit, and sometimes vacant VA buildings in the United States, the VA has a significant real estate crisis. Owning a 5-star hotel in France is one prominent example of a systematic mismanagement of VA properties; a problem that has led to weaknesses in the administering of veterans’ healthcare, and billions of dollars in taxpayer money wasted annually to continue funding unused buildings—that’s a lot of nights in a luxury auberge (French for hotel).

Last week, House lawmakers passed the 2019 Veterans Affairs and Military Construction budget, one day after the Senate approved of the measure. The package, coming in at a whopping $209 billion, is quadruple what it was just 17 years ago, according to the Congressional Research Service, and 8% more than last year. With nearly $4 billion in new construction and existing infrastructure repair for real estate, the over 7,500 buildings owned by the Department of Veterans Affairs are requiring increased annual taxpayer investment; yet, there are hundreds of buildings providing no value to veterans whatsoever—like the hotel in Paris.

The 90-year-old Pershing Hall was established as a World War I memorial at the 1927 American Legion convention. The group has long advocated for the building to remain under United States control. That being said, the organization walked away from it themselves in 1982 after allowing it to fall into disrepair. In 1991, HR 1047 transferred custody of Pershing Hall to the Department of Veterans Affairs, which continues to manage it to this day with a Pershing Hall Revolving Fund that can receive up to $1 million per year—although upon investigation, the exact amount currently in the fund could not be found.

In the current Congressional session, Representative Mike Coffman (R-CO) introduced HR 2773 to sell the property. American Legion leadership, however, pushed back, saying the structure carries such historical significance that selling it would be “a huge mistake not only in the interest of American history, but financially as well.” According to American Legion testimony, selling Pershing Hall now would only yield one-tenth of the property’s $80 million market value due to the structure of the lease and the effect it has on appraisal. Even so, it is safe to assume that $8 million could revitalize at least one currently dilapidated VA clinic within the United States, allowing it to return to functionality in a cost-neutral manner. But aligning facilities with veterans’ needs has been a problem for the VA, so this is unlikely to happen.

According to a 2017 report, the Government Accountability Office (GAO) found that the VA has failed to consistently follow best practices in facility alignment. A lack of communication with stakeholders has resulted in a reduction of the department’s ability to meet the needs of veterans seeking healthcare. The report cited a 2017 VA facility inventory that included “430 vacant or mostly-vacant buildings that are, on average, more than 60 years old, and an additional 784 buildings [that] are underutilized.”

Poor facility alignment is not unique to the VA though. A 2016 GAO report found that a lack of reliable data, a complex disposal process, costly environmental requirements, competing stakeholder interests, and limited accessibility of some federal properties caused “significant challenges in managing real property in general and excess and underutilized property in particular.” The federal government as a whole suffers from this problem. But when a single agency’s budget inflates by 400% in less than two decades, and 2019 infrastructure costs alone amount to nearly 10% of the pre-2001 total VA allocation, it further exposes the wasteful behaviors in government that have led to our catastrophic national debt.

Federal real property management and improving VA healthcare are both GAO high-risk issues. Fixing the VA property crisis would address both obstacles at the same time; it would also save taxpayers billions of dollars. It only makes sense that a Congressional offloading of the French hotel would be the best place to start.  It’s time to say au revoir to Pershing Hall. 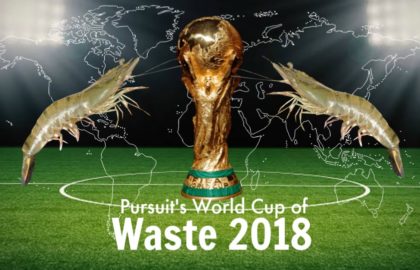