The Trump Deal: Good or Bad Sign For Our Country

Last week we saw President Trump side with Democrats, leaving his own party out to dry on a government funding bill that also raised the debt limit and authorized Harvey relief aid. Understandably unhappy about his own party’s lack of accomplishments, President Trump is sending a clear message to Congress, he’s ready to make deals to get things done, regardless of party.

This could bode well for Americans, freeing up gridlock that has plagued Washington in recent years. If the President is willing to make deals with Democrats, perhaps some major overdue reforms could pass through Congress. Although many reforms, including tax reform, can pass without Democrats, the door is open for further negotiation if the President’s own party continues to falter with its leadership.

But it could also bode poorly for future generations if these deals are financed with more debt – mortgaging their economic futures. Although the President campaigned on balancing the budget, based on his reluctance to reform entitlements that are driving the debt, it is hard to tell how serious he is about this task. Further, given the recent push by top Democrats to pass a massive government expansion of health care without showing how to pay for it, it does not appear that fiscal responsibility will be found across the aisle.

Sara Huckabee Sanders, the White House Press Secretary, recently issued a warning to Republicans in Congress, saying, “I don’t think the American people elected Congress to do things that were easy. They elected them to make a government that works, to work properly, and to work for American people. And that’s their job. And if they can’t do it, then they need to get out of the way and let somebody else who can take on a heavy lift and get things accomplished.”

This is sentiment is exactly right. But doing the heavy lift does not mean making the easy deals. Presidents and Congresses of the past have failed the American people by making the easy deals, which is why we are $20 trillion in debt, have over $100 trillion in unfunded liabilities, and have a load of past-due reforms. If President Trump truly wants to disrupt the status quo, he should get to work making the case for the heavy lifts and telling the American people why our unsustainable national debt means that all deals must be done in a financially responsible manner.

When legislation, like funding the government and raising the debt limit, passes without accountability or oversight, Congress is essentially mortgaging the future of other generations that will have to pick up the check.

While no party can expect to have their pure agenda run through Washington, maybe President Trump’s deal will mark the beginning of the end of extreme bipartisanship in hopes of tackling our country’s major goals. The status quo of relying on debt-driven deals can no longer be allowed to continue. The “best deals” must be fiscally responsible solutions to our nation’s major problems so the next generation of Americans can prosper. 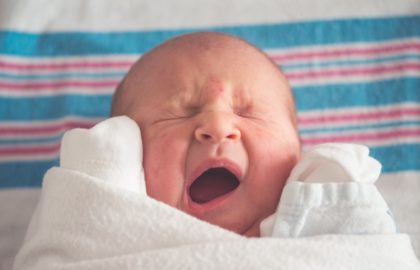