The President’s annual budget is here. Contrary to some coverage, it’s not just an $8.6 billion wall funding request surrounded by 149 pages of gobligook.

It is a visioning document from the administration that outlines 10 years of economic projections, budget tables, and reform proposals. President Trump’s budget, just like every other Presidential Budget in the modern era, is considered “dead on arrival.” For practical purposes it might be. That probably says more about Congress than it does the President. Why is it so inconceivable that Congress consider a single idea to save money?

But just because its considered dead-on-arrival does not make it meaningless. After all, the President’s signature is required on all discretionary spending bills, any deal to raise the spending caps, and any agreement to raise the debt limit. Like it or not, President Trump will have a say in all of these important debates this year. The vision set out in the budget – to the extent that the President actually puts his weight behind it – will matter.

So, let’s look at a few of the highlights and low-lights in this year’s budget.

Acknowledging that there is a debt problem: As an organization that is extremely concerned about the trajectory of our nation’s debt and the litany of waste, fraud and abuse that continues to occur each year, there is a lot to like in here. There are several reforms to save money across major programs like Medicare, student loans, disability programs and revenue collections. But first and foremost, unlike reported comments from the President behind closed doors, the President’s budget document is unequivocally concerned about the trajectory of our national debt. In an op-ed, OMB Acting Director Russ Vought called our $22 trillion national debt “unsustainable.” Acknowledgment is the first part of solving the problem.

Acknowledging that demographics will sink us: President Trump famously campaigned on a pledge to never touch major entitlement programs. This gratuitous pandering was and continues to be a colossal mistake – as you simply cannot solve our nation’s debt crisis without dealing with the deluge of entitlement costs that are coming. While it will not be touted, it was heartening to find within the Analytical Perspectives section of the budget the acknowledgment that “with fewer active workers paying taxes and more retired workers eligible for Social Security, Medicare, and Medicaid (including long-term care), budgetary pressures will increase.”

The budget also includes $456.8 billion in cost savings over the next 10 years in Medicare by eliminating waste, fraud and abuse. It’s a start, but it’s a far cry from closing the $47.3 trillion in unfunded obligations in Medicare over the next 75 year. Previous lawmakers overpromised and underfunded benefits to seniors and younger generations are going to pay the price. The longer the delay, the harder it’s going to hit young Americans.

Cuts to Farm Subsidies: To the lament of farming interests, the President’s Budget does recommend $61.2 billion worth of savings in agriculture programs. The largest savings comes from the reduction in crop insurance premium subsidies for farmers that make an adjusted gross income of $500,000, a generous subsidy to the wealthy that our founder, former Senator Tom Coburn, also tried to fix with Senator Dick Durbin (D-IL).

Closing the Gargantuan Tax Gap: The President’s budget proposal includes an investment in closing the tax gap – the $458 billion annual difference between taxes owed and taxes collected. The administration wants to invest $15 billion in additional tax enforcement efforts over the next 10 years which would generate $44 billion in additional revenue – an amount they contend could be understated. To address our $1 trillion deficits, we’ll need all options on the table. Collecting taxes that are already owed is the lowest-hanging fruit, but it’s a good one to go after. Another low hanging fruit is to eliminate the qualified plug-in electric drive tax credit which will cost $2.5 billion over the next decade. The administration is saying no to the Tesla tax break.

Fixing our Public Lands: The $18 billion deferred maintenance backlog on our public lands, including $11.5 billion at our National Parks, is a disgrace. Congress (and some Presidents through their executive powers) continues to exacerbate the problem by adding more parks and land to a system that is overstretched and in disrepair. The President’s budget supports a Public Lands Infrastructure Fund that would put $6.5 billion over the next 10 years into improving and repairing infrastructure on our public lands. A win for outdoor enthusiasts and common sense.

…the budget still doesn’t balance within 10 years: Not only that, it plans for four straight years of trillion deficits. This is despite very deep cuts to non-defense discretionary spending via a 2-penny plan approach. The 2-penny plan would enact an annual 2 percent cut to all non-defense discretionary spending accounts, which accounts for $1.1 trillion of the savings. To its credit, the budget does ultimately get to balance in 15 years, which would be great if it was based on realistic changes. Unfortunately…

Gimmicks Galore: A major bulk of the president’s deficit reduction projections relies on gimmicks. The largest one is using incredibly rosy economic growth projections which paint a much better picture for both spending programs and revenues than what will actually be the case. If the budget used the baseline projection of the Congressional Budget Office (which is already optimistic to the extent that it assumes zero recessions in the next decade) rather than sustained 3 percent growth and low unemployment, then the budget would have $2 trillion in additional debt.

The Treat-Yo-Self Gimmicks: The President’s budget also uses a massive loophole to boost defense spending from $716 billion to $750 billion without violating the budget caps. The budget caps limit how much can be spent each year on defense and non-defense discretionary programs (think: education, environment, transportation, etc.). A two-year agreement to boost those caps has expired which will cause those spending caps to fall next year. Democrats historically demand that any increases to defense spending must be matched by increases to non-defense spending. Congress loves to spend – so they typically increase both hand-in-hand.

The Administration wants to keep the stricter budget caps in place while increasing defense spending. The have-your-cake-and-eat-it-too plan involves utilizing the Pentagon slush fund account called the Overseas Contingency Fund – which is exempt from the budget caps. The President’s Budget puts all of its proposed defense increases into the OCO fund – sticking to the spending caps in law but not in spirit. What the President is proposing to do is say that we will adhere to our strict limit on entertainment expenses – but put a lot more money in a separate “treat-yo-self account.”

Taxpayers Remain on the Hook for Fannie and Freddie: The President’s Budget does nothing to unwind the trillions in taxpayer risk posed by the continued conservatorship of housing giants Fannie Mae and Freddie Mac. In fact, the budget proposes to squeeze another $32 billion out of the enterprises by increasing the fees that the entities charge to mortgage holders. That may be a reasonable change for policy purposes, but we need a better plan than another decade of federal ownership of the entire housing finance system.

Continued debt: Assuming ten straight years of booming economic prosperity, Congress agreeing to go along with deep cuts to discretionary programs, and the other significant cost saving reforms like Obamacare repeal and block granting Medicaid come to pass, the federal debt would still climb by $7.2 trillion over the next decade. More than the amount accumulated during the first 216 years of our nation. That triple scores the depths of our debt problem.

The President’s Budget may indeed be dead on arrival. But if Congress doesn’t shape up – the same can be said for the next generations’ economic opportunities. 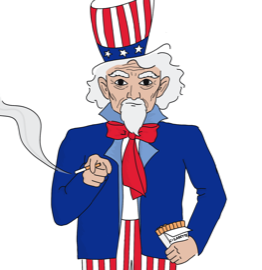 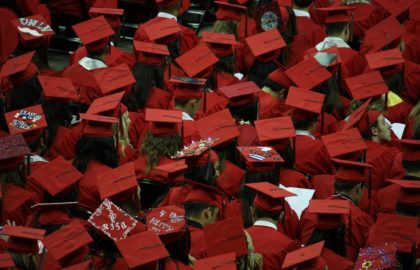