Party leaders in Washington love gushing about the power they wield in their positions. When asked about why he would not bring an election security bill up for a vote on the Senate floor, Senate Majority Leader Mitch McConnell (R-KY) proudly replied, “Because I get to decide what we vote on.” Senate Minority Leader Chuck Schumer (D-NY) has previously sounded a similarly confident tone, responding to Republican desire for a border wall between the United States and Mexico with the retort that “they need congressional approval. They’re not getting it for the wall. Plain and simple.”

What is so confusing about these forceful perorations is how they are selectively administered. For as often as statements of certain members of Congressional leadership play up the viewpoint that they are masterful operators constantly outmaneuvering opponents to achieve victory, they often appear powerless to take on major issues that are directly in their purview.

Too often, Congress chooses to transfer responsibility to other branches of government. If party leaders truly wield the influence they claim, it is an odd practice that they are so eager to strengthen other branches’ power relative to their own.

In the wake of another string of mass shootings in Chippewa Falls, WI, El Paso, TX, Dayton, OH, and Odessa, TX, pressure has been put on Washington to find ways to preempt future deadly massacres. Refreshingly, the discussion over what can be done has not been entirely dominated by pure partisan bickering. Bipartisan proposals like red flag laws, which would permit law enforcement to temporarily remove firearms from individuals deemed unstable or dangerous, have real potential for forming a consensus on tackling gun violence.

Despite the encouraging atmosphere around a significant political issue, the self-styled “Darth Vader” Sen. McConnell declared he is eager to bring gun legislation to a vote on the Senate floor with a big caveat; President Trump needs to sign off on it first. Senator John Thune (R-SD), another member of Republican leadership, appeared to be completely cut out of the White House-driven process, stating “my guess is [the White House is] still vetting ideas, proposals and kind of putting together their plan.” It seems an odd move that the most powerful figures in Congress would be so willing to defer to the president to develop legislative proposals — the primary role of their branch. Unfortunately, the discrepancies don’t stop there.

President Trump’s announcement that he would be reallocating $3.6 billion in funding Congress had approved for military projects to pay for his border wall also makes the talk of all-powerful party leaders ring hollow. Congress is the authority on where approved federal funding is to be spent, and 43 projects across 23 states now stand to be delayed by the president’s power grab.

This is an obvious test of Congress’s commitment to the separation of powers, and they have the opportunity to defend what is a clear Article I power. The Framers, in the interest of fostering transparency and accountability, deliberately specified that “no Money shall be drawn from the Treasury, but in Consequence of Appropriations made by Law.” Congress was also purposefully given this power to prevent exactly the kind of unilateral redirection of public funds President Trump is attempting.

It would stand to reason that powerful Congressional leaders would be eager to assert their oft-spoken authority here. Instead, the most noteworthy reactions to such a blatant example of presidential overreach have been reports of Republican “grumbling” and a passive statement from Sen. McConnell’s office that he “recently talked to [Defense Secretary] Esper regarding the issue ‘and is committed to protecting funding’” for a project in Kentucky that got caught in the redirection.

In spite of everything, rank-and-file legislators should be encouraged to have a level of confidence similar to the rhetoric of their party leaders. As R Street Institute Senior Fellow James Wallner reminds, Sen. McConnell “gets to decide what the Senate votes on, but only so long as his colleagues let him make that decision.” What should result is a more energetic legislature that dispenses with the bombastic powerlessness exemplified by party leaders who only appear interested in discussing how influential they are while kicking issue after issue over to another arena.

Changing the dynamic relies on members of Congress and voters alike realizing the contradictory image of leaders in Washington. Until that change comes, policies of great importance to countless Americans will continue to be pushed aside or mishandled by other actors in government to make room for more rhetorical flourishes. 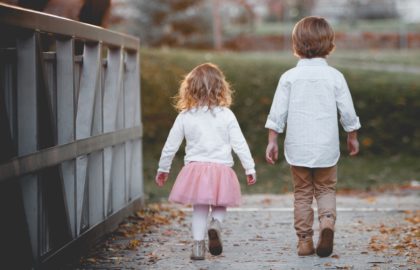