In an 1816 letter, Thomas Jefferson considered the role future generations play in the growth of national debt. “The principle of spending money to be paid by [future generations], under the name of funding,” Jefferson asserted, “is but swindling futurity on a large scale.” This point—to the detriment of our generation—is coming true before our eyes.

After Congress and the President brazenly approved of $1.3 trillion in new government spending this past March, the White House announced last month that it intends to rescind $15.4 billion in unspent federal funds with the hope of softening the blow. This news was followed by the recent development of nine Senate Republicans introducing S.2979, the Spending Cuts to Expired and Unnecessary Programs Act, to make good on the White House’s proposal.

The rescission package would serve primarily to reclaim dormant funds from the Children’s Health Insurance Plan (CHIP) and other programs on which spending authorization has expired. The discontent with federal spending is understandably high following the $1.3 trillion omnibus. Senator Mike Lee (R-UT), one of the Senate bill’s lead sponsors, conceded that while “a $15 billion spending reduction is a drop in the bucket compared to a $15 trillion debt, […] but [the federal government has] to start cutting spending somewhere.” Senate Majority Leader Mitch McConnell has signaled that he is open to the package, and House Majority Leader Kevin McCarthy sounded similar support.

Despite these encouraging steps, this is where the good news ends for the rescission package.

Setting aside other imperfections with the package such as the Congressional Budget Office estimate that the rescission package would only reduce federal outlays by about $1 billion and the fact that the bill’s future remains far from certain, there is a larger problem that has not been given attention. If Congress was more frugal, measures like the rescission would not be necessary in the first place. 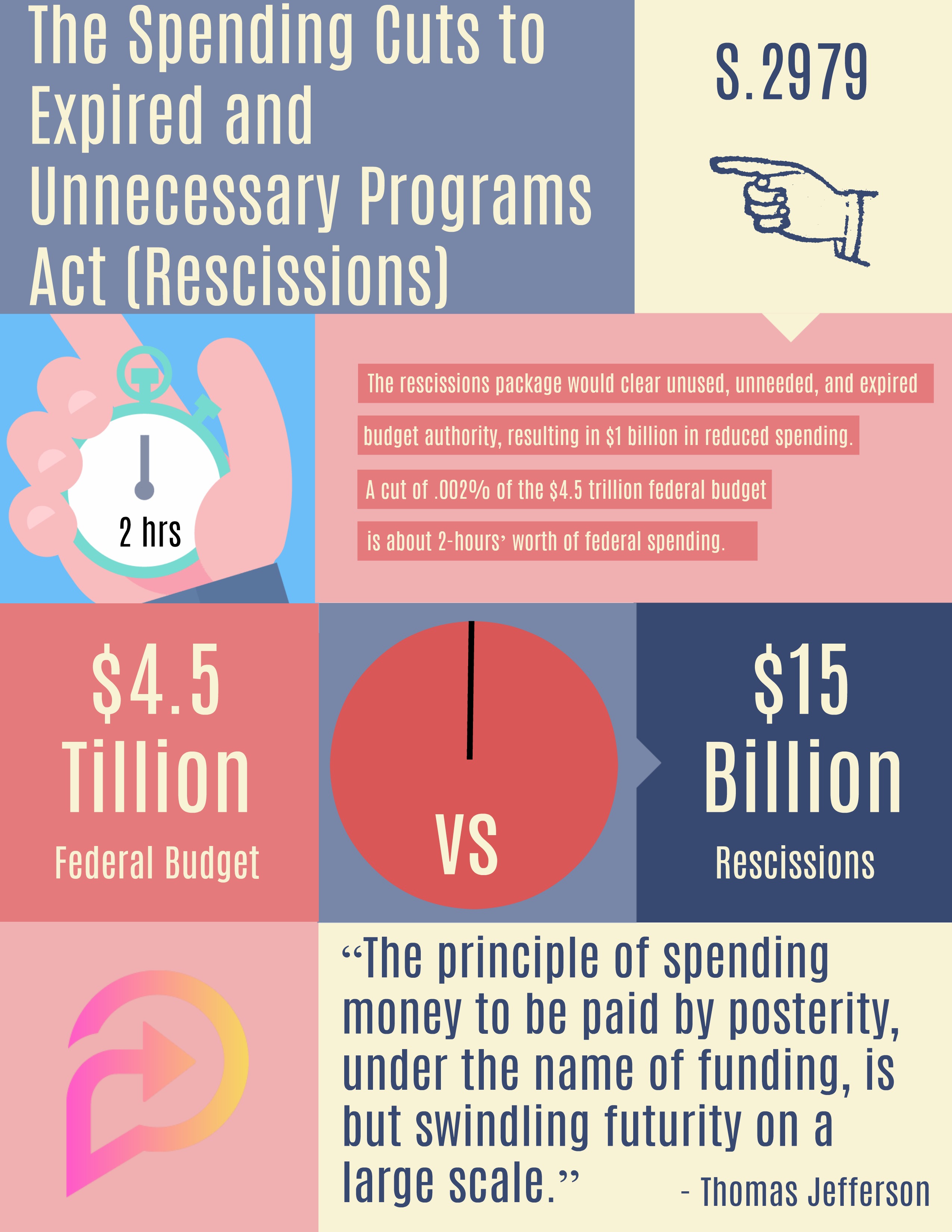 The seriousness of Congress’ attempt to rein in unused and wasteful spending would be more believable if it did not immediately follow the approval of $1.3 trillion in spending with a national debt that currently stands at $21 trillion, or, to put such a vast amount into a more personal perspective, a debt of $64,643 per every U.S. citizen. Adding insult to injury, even the extremely small reduction in spending constituted by the rescission has already been mired in the game of partisan score running that seems to befall every discussion about curbing out-of-control spending.

If lawmakers cannot manage the simple act of taking up discussion on what is effectively a $1 billion reduction in federal outlays, such an outcome casts serious doubt upon what it will take for a genuine effort to address the country’s debt and spending problem.

Congress should strive to prove Jefferson’s point wrong. In fact, his contention is why so much urgency should be placed on our government to demonstrate its seriousness in addressing matters of fiscal responsibility. As such matters wait to be considered, inaction only grants time for the debt being saddled on future generations to continue growing. Instead of, in the words of Weekly Standard editor Chris Deaton, “[d]efining fiscal responsibility down to rescinding money that never was going to be spent,” these intrigues and “do-overs” should give way to genuine deliberation about how best to address the country’s financial woes.

Both parties—especially their future voters—ultimately stand to gain from moving away from Jefferson’s fear that current-day debtors would rely on future generations to shoulder the burden. The modesty of the rescission legislation before Congress presents yet another opportunity to demonstrate to current and future taxpayers that they intend to commit to the hard work of debating and agreeing to policies that reduce government spending. 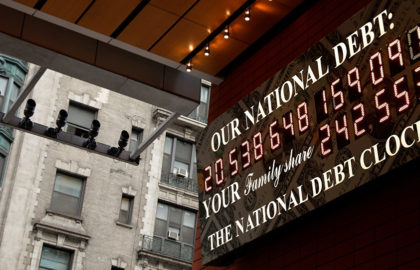 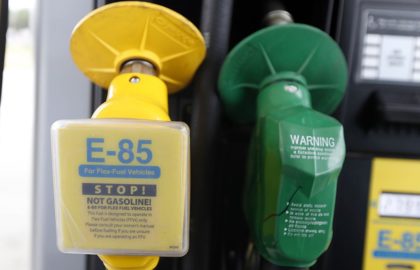