The Pentagon Will Never Go Cold Turkey on Spending

It’s Thanksgiving preparation time. In the case of my family, we always favor a potluck strategy as a way to take the pressure of cooking a feast off of one person.

After years of utilizing this method, we have it down to a science—because nothing is worse than a poorly planned potluck. A failed Thanksgiving potluck means sitting down at the table only to find four turkeys, six bowls of mashed potatoes, and nothing else—no sweet potatoes, no green bean casserole with the delicious crunchy onion strings on top, and most abhorrently no pie.

Like this example of a pie-less Thanksgiving, the Department of Defense (DoD) excels in disorganized collaborative efforts. Their human resources (HR) sector emulates an a Thanksgiving potluck where the attendees all bring the turkey.

Just as my mom acts as the delegator of Thanksgiving menu partitions, the Secretary of Defense can assign a single agency the duties necessary for multiple military branches, as long as it means taxpayer resources are being used more economically, effectively, and efficiently. But according to a recent Government Accountability Office (GAO) report, at least six separate agencies are providing human resources (HR) services within the DoD. All of these agencies provide the same types of HR services to multiple branches of the department, and in some cases, there are multiple agencies providing the same resources to the same branch. 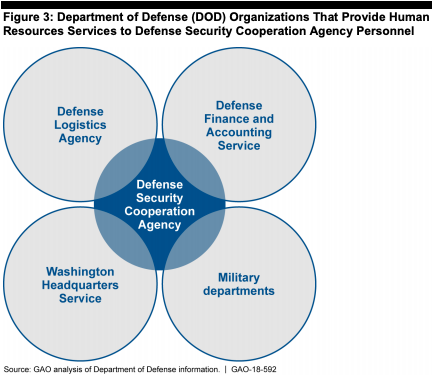 One example of this overlap is in the Defense Security Cooperation Agency (DSCA). The report found that employees at the DSCA receive HR services from three separate Defense Agencies/DoD Field Activities (DAFAs) and the separate military departments “depending on the location, rank, or other characteristics of the staff.”

GAO also reported that even though each military branch has its own HR department, some of the DAFAs were providing civilian personnel and even service members with human resources assistance.

To its credit, the DoD has made strides in identifying cost-saving measures. In 2018, the Deputy Secretary of Defense established a team to initiate reforms within the department to save money on human resources. Called the Human Resources Management Reform Team, this group of representatives from Defense Finance and Accounting Services (DFAS), Defense Logistics Agency (DLA), Washington Headquarters Services (WHS), Office of the Chief Management Officer, Army, Air Force, and Navy, have identified best practices for service delivery that will reduce costs. The team is also addressing IT barriers, regulatory changes, and legislative options in an effort to streamline human resources management. There has not, however, been a clearly set time frame for these changes, and Congress has not set mandatory time limits specific to this area.

Congress mandated in the 2016 National Defense Authorization Act that DoD implement no less than $10 billion in cost savings from headquarters, administrative, and support activities from fiscal years 2015 to 2019. As we have covered before, this initiative has been a failure thus far.  DoD’s Fourth Estate – the term to describe these non-manpower operations at DoD– costs more than $100 billion annually. Until the DoD streamlines their human resources management, taxpayers will continue to see their money wasted in a very expensive and disorganized potluck.

The best kind of Thanksgiving potlucks have a plethora of delicious choices, all made separately to reduce the stress on the host, and distributes the cost of a feast over multiple attendees. But with billions of dollars budgeted to the Defense Department annually, a tendency for the agency to overspend, and a history of failures in best practices, taxpayers should not have high expectations that Pentagon officials will go cold turkey on their costly habits. 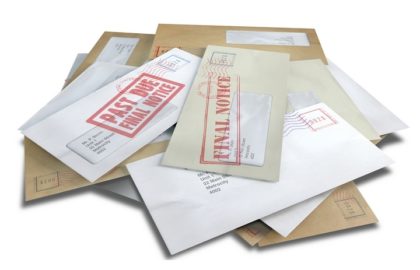