“No taxation without representation!”

It’s a phrase that every grade school student learns when studying America’s grievances with their British rulers on the path to independence.

The phrase was a slogan in reaction to the Stamp Act, a tax levied by the British Parliament on the colonies in an attempt to offload the costs of the debts accrued from the Seven Years War. The Stamp Act spurred the colonists to form an organized opposition to British control for the first time. The newly formed Sons of Liberty contended that the British did not have the right to tax American colonies without their consent. Or succinctly, no taxation without representation.

Ironically, before most millennials left the grade schools where we learned this founding principle, the modern-day version of taxation without representation had already been thrust upon us.

So much so that by the time the youngest millennials gained the right to vote in 2014, the national debt was already $17.8 trillion. More importantly, before millennials were old enough to run for federal office, Congress had already promised $100 trillion in future benefits without providing a funding source for them.

That means that young Americans will inherit a budget in 2029 where every penny of revenue collected will be used to pay for promises and interest payments accrued from laws that were passed decades ago. A 15% tax hike – equivalent to $2000 per person annually – will be needed just to stabilize the national debt and a 29% tax hike will be needed to keep Social Security solvent.

These costly consequences came from decisions that were made prior to millennials having any representation in the political process.  Even though we did not have the opportunity to consent to them, we are expected to pay the taxes for them.

When America won our independence, the Framers of our government were wary of any system resembling the tyranny of a king. That meant placing the power to tax in the hands of the people’s chamber – the House of Representatives – where every revenue bill must originate from.

While the role and responsibility of debt was a subject of great debate during our nation’s founding – with Hamilton and Jefferson arguing about whether the federal government should assume states’ debts following the Revolutionary War – the Founders universally agreed that debts should not be excessive or abused.

Even Alexander Hamilton, who called the national debt “a blessing,” stipulated that it should not be excessive and argued that “the creation of debt should always be accompanied by the means of extinguishment and principal payments on the debt.”

This is primarily because the Founders thought that it would be immoral to cast the burden of spending from one generation to the next, or as George Washington put it, “ungenerously throwing upon posterity the [burden], which we ourselves ought to bear.”

No founder made a stronger case against one generation restricting the rights of the next than Thomas Jefferson. He argued for a rule that the federal government should only be able to take out debt in an amount that can be paid back within 19 years. The basis for this idea was that “if the first [generation] could charge [the second generation] with a debt, then the earth would belong to the dead and not to the living generation.”

Unfortunately, these principles were not successfully passed on to America’s 21st century leaders. In their absence, young Americans today face their own Stamp Act, an untenable burden of taxes that are being foisted onto us by a ruling body at which we were not represented.

Like the American colonists, we need to articulate that we will not simply roll over and pay the massive wave of taxes coming our way. Fortunately, millennials are gaining meaningful representation in Congress, winning 26 seats in the 2018 midterms. It’s time for these members, and all voting members of younger generations, demand we get representation on this vitally important issue.

We must work out an equitable plan that deals with our national debt and unfunded liabilities in a way that spreads the costs among all Americans. Then we can ensure that our future is one of boundless opportunity and prosperity rather than one shackled by the decisions made by the dead. 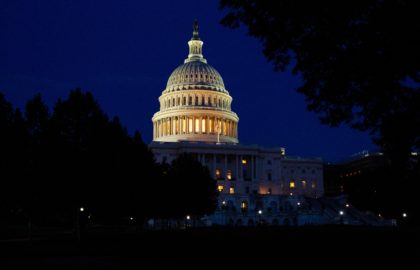 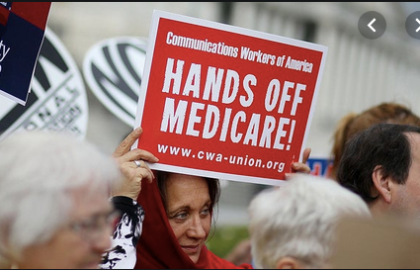