President Trump will deliver his 3rd State of the Union address tonight. He will undoubtedly boast about the strength of the current economy. Unemployment is down, wages are up, stock markets are at all-time highs, and the economy continues to grow at a steady rate.

It’s safe to say, on economics alone, the State of the Union is strong.

On the other hand, the Future of the Union is on shakier ground than the Iowa caucus counts.

10,000 Baby Boomers are retiring every day and Medicare and Social Security face a $100 trillion funding shortfall. The costs for those two programs alone are increasing by $140 billion every year – the equivalent of creating a new Pentagon every five years.

Just last week, the Congressional Budget Office reported that thanks to legislation Congress passed over the last 6 months, they are upping the projected 30-year national debt total by $20 trillion – moving it from $96 trillion to $117 trillion by 2049.

The annual budget deficit will hit $1 trillion this year and will remain in the 4-commas club for as many years as budget analysts can project.

Overall, the gap between what the federal government has promised in spending and the amount of taxes that are expected to be collected is a jaw-dropping $128 trillion. That is roughly one million dollars per taxpayer, or $33,333 per year for the next 30 years. Each!

This path will be especially difficult for younger Americans to navigate.

When the last of the Baby Boomers turn 65 in 2029, every single penny that the federal government collects in taxes will already be allotted based on decisions made decades ago. The funds will not be used for education, research, defense, transportation, or any other federal priority. They will be allocated to mandatory programs (mainly entitlements) or paying interest on the debt.

In other words, today’s leaders are locking in future budget decisions and locking out choices and opportunities for younger Americans’ futures.

Leaders in both parties are enacting the Fight Club rules when it comes to talking about the debt. But pretending these problems don’t exist does not make them go away.

It just pushes even more of the consequences down to the younger generations.

We are talking about a multi-trillion-dollar transfer of wealth from younger generations to the boomers if our leaders in Washington continue to delay the changes necessary to get our budget in order.

While there is a lot of speculation amongst the chattering classes about whether President Trump will mention his impeachment during tonight’s address – we think it’s far more important that he brings up the national debt.

The Americans who will one day inherit the debilitating national debt will not make much use out of the stock market highs or the unemployment lows of 2020. But they will be able to look back and pinpoint the blame on so many presidents and congresses that clearly saw the problems coming and refused to act.

It’s long past due that DC confronts the issue.

The debt clock is ticking. Rapidly. 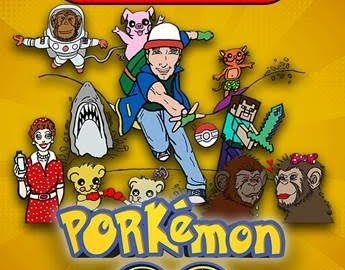 Newsflash: DC Resorts To Blindly Throwing Money at a Problem