Given that it’s the third week of a government shutdown over a $4 billion difference for a campaign symbol from two years ago, it will not take much convincing to say that Washington DC is broken. While this episode is certainly a low-light, this is hardly the start of the dysfunction. Indeed, DC, and specifically Congress, has been devolving into a state of paralysis and lunacy for a while now. Prior to the mid-term election, ProPublica and the Washington Post ran an analysis of publicly available Congressional data and found that “some institutional decline began 25 years ago, but… the steepest institutional drop came in just the past 10 years.”

Yet, at the start of every Congress since January 2007, Senator Mitch McConnell and Representative Nancy Pelosi have been elected by their colleagues to be the leaders of their respective caucus and chamber. As a result, these members have had an outsized influence on the process and outcome of every piece of legislation considered and passed in Washington DC. The same period marked by observers and data as “the steepest institutional [decline]” in Congress.

The halting of any semblance of a normal legislating process is a product of and benefit to the leaders in Congress. Instead of working bills through committee followed by rigorous debate and amendments on the floor, the only legislation that passes is written behind closed doors in leadership offices where rank and file members have no say or sway on the final product or outcome. In this era, leadership is the end-all-be-all of policy making.

Assuming the absence of a filibuster-proof majority in the Senate, the make-up of leadership is almost as important as who holds the majorities in each chamber. While the American people control the majorities at the ballot box, only the members themselves control who gets to be in “the room where it happens.” Once again, your elected officials have chosen to stay the course. Do not expect different results.

As much as this article seems to be focused on or even blaming McConnell and Pelosi, the problem is much broader than that. After all, these leadership positions are not birth-rights. They have been repeatedly elected into these powerful positions by their colleagues. This shows that the institutional decline and national debt are not the metrics that matter to the rank-and-file members – it’s about putting the person in charge that will help gain political power.

McConnell is known for his deep network in the lobbying and DC influencers community and would gladly trade away policy priorities to protect an obscure campaign finance law that helps a fundraising operation. Likewise, Speaker Pelosi is known for being a dogged fundraiser who can churn out millions to help her party win elections. These factors have helped Republicans take the Senate, put up partisan wins (Kavanaugh and tax cuts), and expand their majority. These factors helped Democrats take back the House and secure the gavels that will ramp up the opposition to President Trump. And when it came time to pick their leaders last week, these were the grading criteria.

The one hope I do have is the increasing membership of younger Americans in Congress that have witnessed a decade of Boomer dysfunction and decide that it’s time for a new direction. The sooner we get fresh faces and ideas that denounces dysfunction and changes the way our government works, the better. But for this Congress, expect more acrimony, more hyper-partisanship and more headaches. 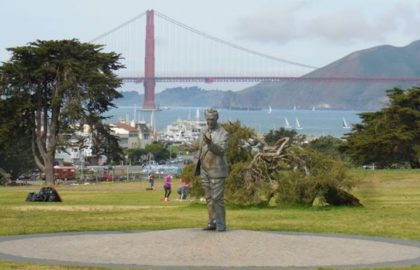