The Department of Defense (DoD) puts a huge emphasis on readiness. And for good reason. What good is a fighter jet or a submarine to the defense of our country when its in disrepair waiting for maintenance?

As we talked about last week, spare parts have been a major challenge in getting the new F-35 Fighter Jet program up and running. But a new report from the Government Accountability Office (GAO) finds that maintenance issues spread throughout the DoD. Even to the places that perform the maintenance.

Military depots are installations that are crucial to the maintenance, overhaul, and repair of weapons systems and equipment. From 2007 to 2017, the Department of Defense has invested $13 billion into their 21 military depots. But according to a GAO report, critical mismanagement and underinvestment in these facilities has led to 12 of them being classified as “poor” condition. Moreover, only 3 of the depots utilize repair equipment that is, on average, within its useful life.

The poor conditions at these crucial depots lead directly to maintenance delays. GAO provided an anecdote from the Albany Production plant. A shortage of paint booths at the facility means that vehicles are stored unpainted outside. Exposure to the elements causes flash rusting, which increases both the time and cost of overall maintenance.

The depot problems can become crippling. There has been a 45% increase in days of maintenance delay in Navy shipyards and recent reports found that a 28-year maintenance backlog has fundamentally weakened the Navy’s aquatic combat readiness, limiting the amount of submarines they can introduce and putting the United States at a significant military disadvantage compared to other military superpowers around the world.

The waste of this backlog is staggering as well. GAO estimates that between 2008 and 2018, the Navy spent $1.5 billion to “crew, maintain, and support attack submarines that provided no operational capability.”

The military operates trillions of dollars’ worth of equipment, including a Virginia-Class Submarines program that seeks to build a force of 66 boats, valued at $3.2 billion each, and an F-35 Fighter Jet program that alone is projected to cost $1.2 trillion. These two pieces of equipment are particularly important to highlight because they have already cost the American taxpayers billions as a result of mismanagement in acquisition and maintenance backlogs. Poor conditions at the military depots only compound these problems.

As per most government failures, the effects tend to domino. The Navy reported to GAO that optimization of the depots would save 325,000 labor days per year, reducing that 28-year backlog, which in turn would allow additional submarine overhaul annually. GAO also pointed to investments at an Army Depot in Corpus Christi, Texas would lead to 200,000 fewer labor hours that would save $10 million in costs annually.

While these reports suggest what positive outcomes could result from the military depots being improved, GAO found that “there is currently no process at the Office of the Secretary of Defense level that monitors depot investment decisions or provides regular reporting to decision makers and Congress.” Further, the depot optimization plan will not include a results-oriented mission because “there is no requirement that the plans do so.”

The absence of a data-driven investment plan limits DoD’s ability to effectively allocate resources to the highest priority weaknesses—particularly the Navy.

Like most issues in government, lack of communication and poor management are at the core of the problem.

In order to meet improvement goals, and mitigate further deterioration of the depots and the equipment they service, officials must recognize that billions of dollars in taxpayer money is not to be shrugged off—it must be meticulously managed and utilized in the most responsible and effective way. And with programs like the F-35 and Virginia-Class Submarines ballooning by the year, Congress ought to act on what is truly shaping up to be a trillion-dollar depot dysfunction. 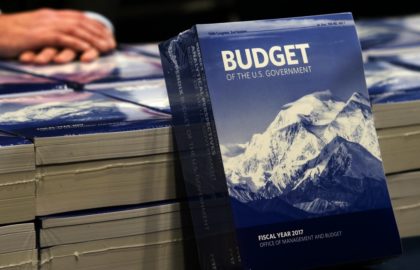 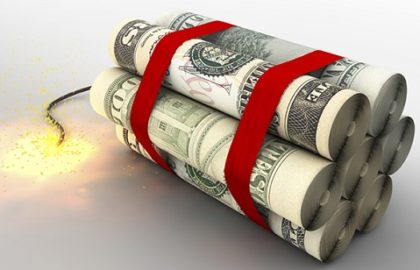