It is familiar to hear that the cause of modern-day gridlock in our politics is the result of too much conflict spurred on by stubbornly ideological politicians of both parties. President John F. Kennedy’s 1962 commencement address to Yale University addressed conflict in politics, saying “political labels and ideological approaches are irrelevant” to the complex and technical problems faced by modern politics. Former President Bill Clinton shared this view, decrying conflict as “good politics” but bad for effective governing.

At first glance, this view seems true to form. If individual politicians care more about principles and obstruction than finding solutions,our combative politics will be unable to solve the various public policy challenges of today. However, cracks in this view start to develop upon closer exploration.

Conflict in American politics stretches all the way back to our founding. Indeed, historian Alan Taylor reminds us that “[i]nstead of offering a single, cohesive and enduring vision for America, the Founders were diverse and squabbling.” The bitter rivalries best characterized by Alexander Hamilton and the Federalists versus Thomas Jefferson and the Republicans—political disagreements so famous that they were even immortalized in the musical Hamilton—were marked by deeply-rooted conflicts that spurred constant efforts at convincing the American people that their side was the one worthy of support. Conflict has been essential to sifting through differing opinions, presenting them against each other in good faith, and driving those opposing sides to compromise as a result. Conflict is the cornerstone of American politics.

Rather than originating from a place of stubbornness, ignorance, or malice, CNN legal analyst Jeffrey Toobin observes that “people with different worldviews see [issues] differently—and always will.” But if conflict is a positive and not a negative, why do our politics appear so gridlocked?

Perhaps because the driver of modern-day gridlock is actually a lack of real conflict. Instead of using the art of persuasion, politicians opt for delegitimization.

R Street Institute Senior Fellow James Wallner asserts that instead of allowing for robust conflict and uncertain outcomes, “party leaders direct a stage-managed process designed explicitly to create the appearance of genuine deliberation […] without its unpredictability.”  In other words, politics has become far more about controlling outcomes and less about genuine persuasion. Scoring quick and easy wins has replaced the hard work of authentically fighting and sorting out differences.

Scoring quick and easy wins has replaced the hard work of authentically fighting and sorting out differences.

Conflict is the clearest way to identify where you agree with someone, where you do not, and what can be done about it. But this process is also long and difficult. Much easier, by comparison, is simply saying the other side’s argument is not even worthy of acknowledgement. Instead of hearing lengthy debates between the various sides of a political issue, we are now accustomed to hearing viral C-SPAN soundbytes that “people will die” because of a particular stance or that the opposition are actually “Iran Helpers” or on “Team Terrorists.”

By concluding one side’s positions are unreasonable, politicians shut down conflict and absolve themselves of having to explain their own positions further. Conflict and persuasion become tools of obstruction or, worse still, aiding the other side. That leads to an understandable sense of frustration when you find yourself on the side that is being attacked as a murderer, terrorist, or obstructionist.

By concluding one side’s positions are unreasonable, politicians shut down conflict and absolve themselves of having to explain their own positions further.

In order to get back to a spirit of politics where all sides feel listened to, rediscovering the benefits of conflict becomes the surest place to start. If neither the public nor the actors tasked with debating these differences are honest and clear about where they differ, they can’t be expected to form a consensus, have an informed debate, or convince people that their positions are right. Realizing that these are the hallmarks of political conflict is the starting point. By embracing conflict in favor of victory at all costs, our politics can again favor persuasion over delegitimization. 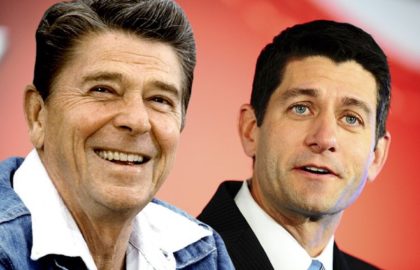