The Billions Worth of GAO Findings That Also Need Attention

The Government Accountability Office (GAO) made a ripple in the news this week when they issued their legal finding that President Trump’s withholding of $214 million in funds for Ukraine violated federal law under the Impoundment Control Act of 1974.

The widely covered announcement came to the delight or chagrin of congressmen depending on which jersey they are wearing in the Impeachment Bowl.

Unfortunately for taxpayers, the hundreds of other reports that the government watchdog issues each year documenting billions in federal waste and inefficiencies go largely unnoticed.

This past year alone, GAO’s work led to $214.7 billion in savings for the taxpayer. Yet, many of their findings and recommendations are ignored, leaving billions of dollars of savings still on the table.

As of this week, there are 4,941 open recommendations, i.e. actions that federal agencies could take to improve operations and save tax dollars but have not taken yet.

While a majority of these recommendations can be handled by agencies without congressional action – a large amount of blame does fall at the feet of congress. Some of the fixes require Congress to provide authority to an agency or consolidate overlapping and duplicative programs. GAO noted in the latest annual duplication report that Congress has only addressed 33 percent of these potential actions.

Moreover, Congress can use the power of the purse and their oversight capacity to prod agencies into action on the thousands of aforementioned open recommendations. This could yield tens of billions in additional benefits to the taxpayers – something we desperately need as the federal government continues to rack up $1 trillion deficits on top of our $23 trillion national debt.

So now that GAO has captured our attention, here is a sampling of their other findings that could use some time in the spotlight too!

Here’s to hoping the next report finding billions of waste at the Pentagon also gets the front-page “bombshell” treatment! 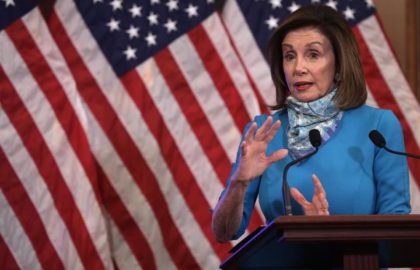