European nations had been ravaged by World War II. Millions dead, industrial and residential centers lay in ruins, famine rampant, and infrastructure obliterated. The least damage Allied power, the United States, helped Europe restore their economic prosperity through the Marshall Plan – a $13 billion initiative that would successfully spark economic recovery. The U.S. had economic troubles of its own after World War II, but saw great returns for its altruistic view of reconstruction in Europe. The Marshall Plan lasted just 4 years, but rewards are still being reaped by the United States today. Trade relations and new and old alliances were formed and strengthened.

While you probably recognize this famous history lesson from grade school, you may be surprised to learn that an ongoing effort has actually exceeded the Marshall Plan in both money and time. At a recent Federal Spending Oversight Subcommittee oversight hearing on spending in Afghanistan, the Special Inspector General for Afghanistan Reconstruction (SIGAR), John F. Sopko, testified that since 2002, Congress has appropriated $126 billion for Afghanistan reconstruction. “As SIGAR reported in 2014, total appropriations for Afghanistan reconstruction, after adjustment for inflation, had already exceeded the total of U.S. aid committed to the Marshall Plan for rebuilding much of Europe after World War II.” Notably, that figure does not include the $750 billion on the military operations in Afghanistan.

At the hearing, Senator Gary Peters (D-MI) asked in his opening statement, “After 17 years and hundreds of billions of dollars, it is more than fair for taxpayers to ask, “Is it worth it?” “What is the return on our investment?” “Are we throwing good money after bad?” “Why are we spending hundreds of billions of dollars on infrastructure thousands of miles away, when roads and bridges are crumbling right outside my door?” Senator Peters is right. Though America will always be a force for good in the world, taxpayers are right to demand accountability from their elected leaders in Washington on how our money is spent.

Though America will always be a force for good in the world, taxpayers are right to demand accountability from their elected leaders in Washington on how our money is spent.

The hearing’s findings were illuminating on many of these points.

According to SIGAR’s work, they have found “outrageous misuse[s] of U.S. taxpayers’ money.” Including:

The two other panelists at the hearing, Sergio Gor, Senator Rand Paul’s Deputy Chief of Staff, and Gregory McNeill, Majority Staff Director for the Subcommittee on Federal Spending Oversight and Emergency Management concurred with SIGAR’s findings and added a few of their own.

Mr. Gor conducted an “oversight mission” to Kabul, Afghanistan to assess America’s infrastructure projects. According to his report, $90 million in tax dollars was spent on a Marriott Hotel, but has only reached 30% completion after breaking ground 11 years ago. Now, the State Department is acquiring the building because it is a safety risk for the American embassy which is nearby, and have plans to tear it down. Gor says not one person has been held accountable for the $90 million blunder. Mr. McNeill testified that on his trip to the country, he identified huge bins of brand new equipment that were marked for disposal.

Poor management has been an issue on the ground in Afghanistan since day one. The Special Inspector said, “We have seen much good work done, but we have also seen and reported on far too many instances of gross incompetence, poor planning, sloppy execution, lack of follow-up, outright theft and corruption, and a basic lack of accountability for these many failures.” Some of those “costly, useless, or dangerous practices” include:

So who’s to blame for these accountability issues? Agencies? Contractors? Afghans? Congress?

All share some of the blame, but the success of this reconstruction mission begins and ends with Congress. According to Mr. McNeill, his oversight mission was only the “second or third oversight trip in the past 17 years – whereas groups of appropriators and authorizers come about every 10 days. That comes out to a ratio of greater than 100 to 1.” “Quite simply congressional oversight is at a disadvantage against congressional spenders in Afghanistan. That means wasted money, but also a less effective mission.”

“Quite simply congressional oversight is at a disadvantage against congressional spenders in Afghanistan. That means wasted money, but also a less effective mission.”

Without proper oversight, programs or projects like the $43 million useless natural gas station will continue to adorn front page headlines. Perhaps if there were more than four senators present at the hearing, Congress would provide more oversight and find more solutions for problems in Afghanistan.

The Marshall Plan is considered “the most successful American foreign policy project of all since World War II.” The plan focused on “a cure and not a palliative,” and conducted rigorous oversight of American funds – establishing committees whose “key task was to make plans for spending productively.” David W. Ellwood, a Marshall Plan expert, suggests, “This was a characterizing feature of the whole operation, the tool that most distinguished the Marshall Plan from any conventional aid program.”

During the latest hearing on Afghanistan, Senator Peters asked: “How do we prevent waste, fraud, and abuse of our spending in Afghanistan? How do we ensure that each dollar is put to its highest and best use? How do we track it? How do we measure its effectiveness? Are the right oversight structures in place to provide us with the information we need to make the tough decisions?”

These are all excellent questions. That should have been asked 17 years ago. 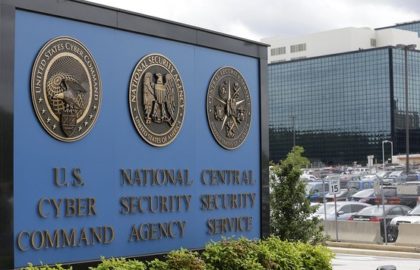