It is an unfortunate commentary on the past decade that Americans concerned with the state of the nation’s finances have few heartening reflections to look back upon. A decade that started with a $13 trillion national debt in 2010 and a 90 percent debt-to-GDP ratio and ended with a $23 trillion debt and 106 percent debt-to-GDP ratio leaves little to celebrate in the way of fiscal responsibility.

The numbers — undergirded by a decade of fiscally-reckless policies like unfunded tax cuts and exorbitant spending bills — paint a dangerous picture of the future.

Government policies extending into the months ahead are just as alarming. Continued financial pressures like $28 billion and counting in bailouts to U.S. farmers as a result of President Trump’s trade policy and a $356 billion budget deficit for the first quarter of 2020 make a fiscal crisis in the current decade all but inevitable if reforms are not made.

The fiscal outlook of the 2020s have menacing implications for all Americans, not the least of which are young Americans who will be expected to find a way to pull the nation out of the hole it continues to dig with abandon.

The Congressional Budget Office (CBO) projects that our deficits will exceed $1 trillion each and every year for the next decade, all adding to our already oversized $23 trillion national debt. That growing debt will also come with higher interest costs (projected to grow from $372 billion to $800 billion) – tax dollars that will be used to pay for excesses of the past rather than investments in the future.

Another ominous event in the coming decade is the projected insolvency of the Medicare Trust Fund. The trustees of Medicare have forecasted that the program currently servicing 4.4 million current recipients will be insolvent by 2026, putting lawmakers in the politically uncomfortable yet necessary position of making difficult choices to avert the looming crisis. According to Chicago Tribune coverage of the announcement, failure to do so would mean that “hospitals, nursing homes, and other providers of medical care would be paid only part of their agreed-upon fees.” For older Americans depending on the program and young Americans paying into it alike, this is startling news.

Social Security will also spend the decade in the red – spending more in benefit payments than it brings in in payroll taxes. Absent reform, the Social Security Trust Fund will be set up for insolvency by 2034.

The coming decade will see a near doubling of spending on entitlement programs for a growing retirement class. This factor comes with the implicit expectation that young Americans will fill the gaping financing hole created by our politicians, who have spent the last two decades ignoring these predictable shortfalls. This serves to compound the pressure on young Americans that are also dealing with unprecedented levels of student loan debt.

There is hope that any progress on reforming a major entitlement program could portend a larger mood of reining in out of control spending. Grant’s Interest Rate Observer founder James Grant reflects that “long-term solutions to the problem exist,” and while “monetary habits, even the unwholesome ones, die hard,” concerned Americans must “begin with the humble hope that someone […] says something about the scandal of the national balance sheet.”

The 2020s present both the best and most necessary time to find that spirit.

As we find ourselves at the start of a new decade, there is great energy behind the cause for pulling America off the path toward fiscal ruin. The uncertainty of Social Security and Medicare’s futures are but two of the countless crises the next ten years could bring if policymakers continue along the same path of the 2010s.

The next decade will be a precarious time for young Americans. Let’s hope Washington learns the right lessons from the 2010s to make this decade one of fiscal responsibility. 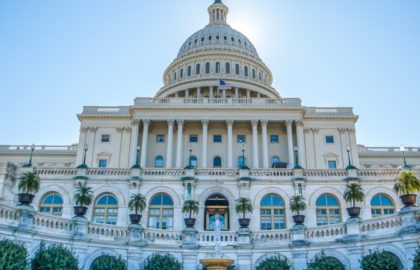