In a case study that can only be taught at the Redundant Academy of Redundancy, after earning the scorn of Congress, a federal agency needed to change its mission to justify its existence. What did they choose? To transition from an agency that is obsolete, to one that is duplicative of an existing federal agency. Amazingly enough, they used the agency they are duplicating to get advice on the transition! Let’s start from the beginning.

In what seemed to be the pinnacle of government waste, the Government Accountability Office (GAO) found that one federal agency is charging other federal agencies to provide government reports that are available online for free. The National Technical Information Service (NTIS) collects “government-funded scientific, technical, engineering, and business-related information” and reports and sells them to other agencies. However, “most of what [NTIS] sells can also be found for free on the Internet with little effort,” according to the 2013 Wastebook.

Once considered a viable resource before the internet, NTIS has largely been outdated, thanks to Al Gore. GAO’s 2012report uncovered that, “approximately 74 percent [of NTIS’s reports] were readily available from other public sources.” Those sources include the Government Printing Office, USA.gov, and, to quote the entertaining accountants at GAO, “another website located at http://www.Google.com.”

You can’t make this stuff up.

NTIS is required by law to be self sustaining, but the revenue it collects (about $145 million in FY2017 and pays an average $100k salary to its 150 employees) is mostly from other agencies. AKA, taxpayer dollars.

In response to the GAO report, former Senator Tom Coburn introduced a bill called the “Let Me Google That For You Act,” that would basically eliminate the NTIS, and save taxpayers millions (the bill was reintroduced by Sen. McCaskill in2015). During a Congressional hearing on the topic, Senator Coburn told NTIS, “Our goal is to eliminate you as an agency.”

Sensing they were on the chopping block, the NTIS knew they had to change their focus to justify their existence. According to the NTIS website, “Secretary of Commerce Penny Pritzker set a new focus for NTIS in June 2015 to expand access to the Department’s and the broader federal government’s data resources, with an emphasis on data concerning the nation’s economy, population, and environment.” However, that ‘new direction’ largely duplicates GSA’s Data.gov. Moreover, one of GSA’s offices assisted in their transition.

A federal agency that charges other federal agencies, and therefore taxpayers, for free reports is absolute nonsense. Not only does this boondoggle continue today, but the agency now duplicates other agencies and their missions. If Congress wants to cut low hanging fruit in the federal budget this fall, this would be a tasty place to start.

Read more about the NTIS and the 2013 Wastebook here! 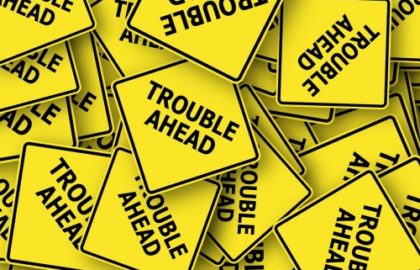 Government Auditors: Federal Agencies Made $125 Billion in Payment Errors in Just One Year