The fiscal ship is crashing and the House GOP wants to show the voters that they don’t care. Just this week, the official Fiscal Year 2018 budget numbers came back and showed a $779 billion deficit – up 17 percent from last year. That is, the government spent $779 billion more than it took in. The annual deficit is expected to grow to $1 trillion next year – where it will continue at these catastrophic levels for years to come – so long as the government can borrow it. The massive baby boomer retirement wave is under way and the government has made over $100 trillion in promises that it has not funded. Oh, we’ve also already racked up $21 trillion in national debt. We need serious fiscal reforms and we need them now.

But the House GOP isn’t looking at the projection for the next fiscal year, let alone the economic futures of their children and grandchildren. They are looking at November – where they are trying to cling to power in a perilous midterm. And they want to run on tax cuts. But the $1.5 trillion tax cut they passed last year wasn’t enough. So before going into recess, the House GOP passed Tax Cuts 2.0 – which extends the individual tax cuts beyond 2025 (along with some other changes) at a cost of more than $3 trillion in new debt. None of it paid for.

We’ve written here before that tax reform was desperately needed. The corporate tax code was an absolute mess and put American businesses at a distinct disadvantage against the rest of the world. They actually helped fix that. The individual side was riddled with loopholes that misallocate capital through tax credits and deductions. Unfortunately, it still is.

Make no mistake, we were pro-tax reform. We still are!

Instead of reforming the tax code, the GOP plan mostly rested on cutting taxes. Which would be dandy if we were running a budget surplus or manageable deficits – but it’s really dumb when we are looking down the barrel of an epic retirement wave and over $100 trillion in unfunded liabilities. Instead of eliminating costly tax loopholes or cutting spending to pay for these tax cuts, the GOP just added it to the nation’s credit card. Let future taxpayers pick it up. For younger Americans – the Tax Cuts and Jobs Act was not a tax cut, it was a generational wealth transfer. With Tax Cuts 2.0 – they want another dose.

The economy is doing well and the unemployment rate is at an all-time low. This is a good thing. A great thing! But it’s not a sustainable thing. Because our nation’s finances are a mess. Just like finding out your cruise ship is full of terrorists with bombs – this journey is likely to crash in a horrible, yet super-predictable, way.

Yes, there is an insignificant chance that Tax Cuts 2.0 actually passes into law. We realize it is an election cycle messaging gambit. The message the House GOP wants to send is “I care about you so vote for me and I’ll cut your taxes.” But as young adults, the message we hear is “I don’t care about facts or the future – I only care about poll-tested sound bites.” Surely, they know heaping another $3 trillion onto the debt is fiscal malpractice. But the divide between the political experts and the policy experts is wider than ever. And in a city that is dictated by popularity contests, we know which group of experts is going to win out. 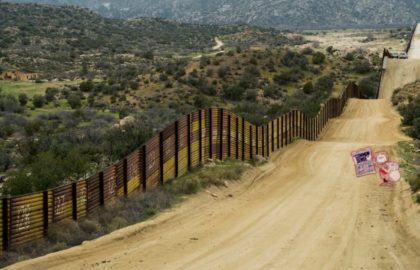