In a mind-boggling development, the Department of Interior (DOI), which is responsible for the management and conservation of most federal land and natural resources, has no idea how much grant money is being used for purchasing land, how much is being bought using those grants, or if that land is being used for its intended purpose. In lieu of a tracking system, some Interior grant programs rely on “institutional knowledge” – code for “we don’t know.”

These findings were brought to light in a recent DOI Office of Inspector General (OIG) report, which concluded that the information gap puts “grant funds at risk of waste and abuse.”  And lots of it..

Among the land purchased in fiscal years 2014 and 2015, DOI “programs awarded 701 grants to purchase land valued at a total of about $815 million.” But, without an adequate approval process in place, the DOI is “potentially exposed to significant risk of wasted funds.” In addition, the OIG report found that only 44% of grantees are complying with a federal regulation that required them to report their land inventories in which the federal government has an interest.

While land purchased with federal grants does not always become federal land, if DOI does not track awards centrally, there is an increased risk that land is not being used for its intended purpose. For example, the OIG has previously reported on times where the federal government paid for conservation land which actually had swimming pools and bars on it.

Taxpayers should be able to see how much land the federal government is purchasing and at what cost. The fact that the federal agency that oversees these activities cannot even track that information in the era of google maps and venmo is astounding. Congress should either force these programs to start tracking the information, or stop funding them.  Anything less is inexcusable. 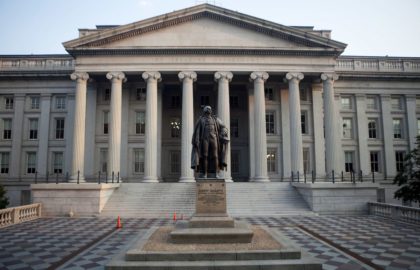