In the time since the passing of Supreme Court Justice Ruth Bader Ginsburg, the judicial obsession afflicting both parties is at an all-time high. Immediately following the reporting of Justice Ginsburg’s death, Senate Majority Leader Mitch McConnell (R-KY) and Senate Minority Leader Chuck Schumer (D-NY) both released tone-deaf statements, attempting to pay lip-service to honoring Justice Ginsburg’s trailblazing legal career while laying the groundwork for a political cleanup act they brought upon themselves.

Sen. McConnell spent half of his statement trying to navigate his own previous assertion that the Senate should “let the American people decide” on Supreme Court vacancies in election years by deferring nominations. Sen. McConnell was quick to tack on a loophole to his principle by weakly highlighting how this time was different because “no Senate has confirmed an opposite-party president’s Supreme Court nominee in a presidential election year.”

Similarly, Sen. Schumer reversed his own position that the Senate has “constitutional obligation” to carry out the confirmation process by borrowing the 2016 Republican position almost verbatim, stating “the American people should have a voice in the selection of their next Supreme Court Justice.”

Sens. McConnell and Schumer have worked themselves into knots trying to navigate their own contradictory statements and signal surface-level disagreements.

In fact, it is clear they actually agree on two major themes: Politics in general is about power, and the Senate in particular exists to nominate more of one party’s nominees than the other’s in order to make change.

Unfortunately, these agreements only serve to distort our understanding of how our political system works and exacerbate frustrations over how political leaders have addressed major issues of the day.

As we witness a game of political musical chairs, it is clear that the goal is to say anything necessary to secure a political goal. This confused, power-oriented way senators view their own role is driven by how they view the role of their institution in our broader political system.

Key to any reform of our insufficient politics-as-usual is challenging the popularly-held view among Republicans and Democrats alike that the courts are the true venue for settling contentious subjects from gun control to marriage equality to healthcare. The ascendance of judicial supremacy among both parties results in an abdication of the Senate’s role as a forum for debating and forging agreements on political conflicts. As a result, judicial nominations become zero-sum cage matches that have less to do with legal expertise and qualification and more to do with partisan litmus tests.

American Enterprise Institute Visiting Scholar Greg Weiner provides an excellent overview of why this thinking is so corrosive. Weiner reminds that the “consensus around judicial authority — which raises the question of why members of Congress take an oath to the Constitution if it is up to someone else to uphold it — would surprise the constitutional Framers.” Building this point, he continues that the “original meaning of the Constitution ought to govern interpretation of the document. But ascertaining that meaning is ultimately a political task.”

In short, if the courts can be the sole decision makers on what the meaning of the Constitution looks like in practice, it is the judiciary that is the center of our system of government. This is clearly at odds with the Framers intention of having the people at the heart of our politics. It is up to us and our elected officials to participate in our shared political life and do the hard work of consensus building on issues we feel passionately about in a way nine justices could never achieve.

If both parties continue to view the judiciary as the one and only place that gets to say what the Constitution means regarding policy disagreements, the long-term effect will be — much like what we are seeing now — a Senate that is effectively silent on issues the American people want addressed. Worse still, this diminishing influence is a conscious choice senators make.

Instead of singularly focusing on securing the power to confirm more of their own side’s judges, senators could simultaneously take down the temperature on confirmations and restore proper order to the branches by looking back to the Framers’ vision of our political system. The Senate is an indispensable part of our government, but until it sees itself as the forum for debating ideas it was designed to be, expect senators and civilians alike to continue mistaking the courts as the true source of settling political disputes. 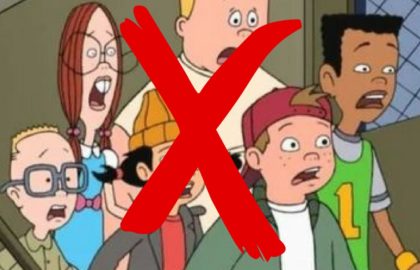