Stop Turning To D.C. For Every Problem

H.L. Mencken, one of the most influential American writers of the early 20th century once wrote, “For every complex problem, there is an answer that is clear, simple and wrong.”

Today, Americans rely on Congress for solutions to their complex problems.

Turning to Congress to solve every problem that occurs in our nation is the simple and easy way out. More times than not, your voice actually is heard by Congress, and they end up doing what they do best – throwing money at problems and hoping they will resolve themselves.

To demonstrate, consider the opioid crisis that claims more than 100 lives a day. In reaction to public outcry, Congress appropriated $500 million for the problem. Yet, hundreds of millions of that money has been left unspent, and another $3.3 billion was just appropriated in the omnibus.

Another example, highlighted in Senator Ben Sasse’s (R-NE) book, is federally funded education. “Congress appropriated, in inflation-adjusted dollars, $67 billion to the U.S. Department of Education in fiscal year 2014, up from $56 billion in 2004, $25 billion in 1994, and $14 billion in 1984 (again, all inflation adjusted). And yet there was no substantive improvement in the reading or math scores of eighth- through twelfth-grade students on the National Assessment of Educational Progress over the period. To reiterate: nearly a quintupling of federal spending over thirty years produced nothing quantifiably better.”

When Congress is confronted with an issue like the opioid crisis or education, they are quick to provide their constituents with a silver bullet, money, but fail to complete the other half of the congressional equation – oversight and program management – to see if programs are actually working. These types of silver bullets are all too common in Congress and is a major contributing factor to the vast amount of duplication, overlap and waste in federal programs. In fact, it happened last week.

Congress passed a $1.3 trillion omnibus spending bill in order to fund the government through September. The bill funds everything from defense to social programs, but provides little change to programs or agencies, despite unfavorable outcomes. The only changes is more money – $300 billion above the caps set by the Budget Control Act of 2011.

Take defense for example. Just weeks after a report uncovered that the Pentagon lost hundreds of millions of taxpayer dollars, our lawmakers turned right around and gave them an $160 billion increase over the next two years. The defense increase was coupled with an only slightly less non-defense spending increase, $128 billion, that will fund programs like the Supplemental Nutrition Assistance Program (SNAP), which has seen a 59% increase in recipients and a 45% increase in cost over the last ten years, but hasn’t been reformed in decades.

Logic would tell you that after decades of spending and new programs, problems would begin to go away. Instead, due to Congress’s reliance on the silver bullet and neglect of program management, we see the same problems escalate.

Washington is incapable and was never meant to be the savior to swoop in and solve everything – it was meant to be the protector of liberties. America didn’t become the leader of the free world from the top-down. It became a great nation from the bottom-up. Individual Americans blessed with guaranteed liberty made America a world beacon. Our current dependence on D.C. to fix every complex problem is wrong, and must be weeded out from this generation so the next does not become accustomed to it.

Laws are an important part of our society, but our founders never intended the federal government to be so involved in our day-to-day life. Instead, they studied societies from the Ancient Greeks to the British Empire and found that bottom-up was the only way to guarantee freedom.

The great communicator, Ronald Reagan, said in his farewell address that lesson number one about America is, “All great change in America begins at the dinner table.” Let’s not offer a governing body that hasn’t come up with real solutions to any problems for generations more power than it deserves. 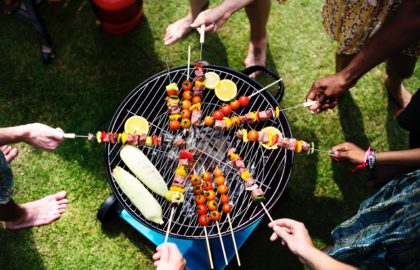 Civil Society Does Not Come From Government