Should it stay or should it go? The filibuster and the Senate’s continuing identity crisis

Retired Senate Majority Leader Harry Reid (D-NV) recently made waves in political circles with his call for the Senate to get rid of the legislative filibuster — the requirement that the body must obtain 60 votes rather than a simple majority 51 to advance legislation. Senator Reid has a history on this topic, as he originally invoked the “nuclear option” to prevent the filibuster for all presidential nominees save for Supreme Court justices.

Reid makes the argument that in a future where Democrats regain political power, getting rid of the filibuster will be necessary for “curtailing Republicans’ ability to stifle the will of the American people.” Others support his call with the notion that the supermajority voting threshold undermines the principles of democracy.

Senators Kamala Harris (D-CA) and Elizabeth Warren (D-MA), both currently running to be the 2020 Democratic presidential nominee, have also come out in favor of getting rid of the legislative filibuster. Warren argues the filibuster puts “small-minded partisanship ahead of solving the massive problems facing this country.” Harris sounded a similar tone, stating the procedure “obstructs progress for partisan purposes.”

It is astonishing to see two senators currently in the minority party advocating the gutting of the one institutional procedures that protects the rights of the minority party — protections they deeply lament losing on the confirmation of justices. What makes it especially baffling is that they have already used the filibuster to great effect on policy debates surrounding the border wall, tax reform, and a host of other partisan proposals that Republicans could have turned into law under their unified government if not for the Senate.

Without the filibuster, it is reasonable to imagine that legislators would steamroll the minority on major issues that they could pass with simple majorities. This sounds like an excellent outcome if short term political wins are how victory is defined. But all we need to do is look at the two major laws that have passed by single-party votes to see how this would be a disastrous outcome not only for legislative outcomes, but for the long-term interests of the American public.

With the help of reconciliation, Republicans were able to pass a massive tax cut through the Tax Cuts and Jobs Act without a single vote from the opposing party. Likewise, and the Democrat’s Affordable Care Act  passed on a 60-39 party-line vote by overcoming the threshold to file cloture due to the Senate having 60 Democratic senators at the time.

In both cases, the parties achieved their big policy wishes without having to address the concerns of the other side. They are also highly controversial bills with promises to repeal them forming the central campaign tenets of the opposing party.

These lingering divisions from ramming a bill through a zero-sum Congress makes an afterthought of carefully considered legislation that will be widely accepted by the public.

This leads to the other major risk associated with wantonly killing the filibuster. It will exacerbate the fracturing of American politics and lead to poorly conceived partisan outcomes. If acting on a political party’s interpretation of the will of their people — rather than the will of the people — is made easier, fleeting and controversial policy will follow closely behind.

Imagine the economic fallout if each time the Republicans held majorities in Congress, they would slash corporate tax rates only to have Democrats dramatically raise them when power changed hands. If a Democratic majority passed Medicare-for-All, what would be the fate of millions of Americans if a Republican majority decided to abruptly reverse course after a public loss of faith in the plan?

This is exactly why having a legislative branch where a deliberative body exists alongside a majoritarian body is so necessary to achieving persuasive and prudent reforms. The entire point of the Senate is for it to be an institution that proceeds with “more coolness, with more system, and with more wisdom, than the popular branch.” James Madison designed it to serve as “an anchor against popular fluctuations.”

Despite his own hypocrisy on the matter, Senate Majority Leader Mitch McConnell recently pointed out that “radical changes face a high bar by design.”

By resolving to preserve the legislative filibuster, both parties would signal a greater mind toward the future instead of perpetuating the impermanent tit-for-tat battles currently defining our political moment.

It might be wishful thinking to think we can even get back to a place before the series of nuclear options redefining the Senate into a majoritarian body, but it is a necessary corrective. The Senate is in the midst of an identity crisis. We should all hope they rediscover the power that comes from being a deliberative body over a simple majoritarian one. 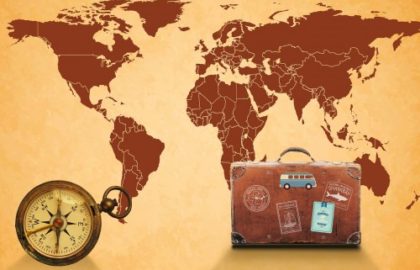