It’s Small Business Week. And the Senate is celebrating by putting you, the taxpayer, back in business with Boeing.

The Senate just confirmed three nominees to be on the board of the Export-Import Bank (Ex-Im) – a seemingly bureaucratic maneuver that actually has huge ramifications.

The Ex-Im Bank is an export credit agency that is run as an independent agency of the federal government. Ex-Im’s stated goal is to boost employment in the United States by promoting and financing exports through the extension of loans, loan guarantees, and insurance to foreign companies that buy American goods and services. Up until 2015, the prime example of an Ex-Im transaction was the extension of favorable financing to foreign airliners, such as Emirates, for their purchases of Boeing jets. While the Ex-Im bank is currently self-sustaining through interest payments and fees, the American taxpayers’ money is used as collateral for its transactions.

In other words, taxpayers on the hook.

In order for Ex-Im to approve transactions with a value greater than $10 million, it needs to be approved by three members of the board. However, since July 2015 the Ex-Im Bank has not had the requisite numbers of board members to approve these large transactions. Opponents of the bank in the Senate have blocked the nominees from being considered, and up until this week Majority Leader McConnell, or any other pro-Ex-Im Senator, has not bothered to go through the measures needed to overcome the objection.

The end of large transactions since mid-2015 has had a major impact on the makeup of Ex-Im’s activities.

Despite politicians utilizing small business politics to boost the support for the Ex-Im’s activities, prior to the 2015 quorum lapse, a whopping 65 percent of Ex-Im financing supported 10 major corporations such as General Electric and Caterpillar. Far and away the biggest winner was Boeing, which received 40 percent of all Ex-Im financing and 68 percent of all loan guarantees. From 2007 to 2014, Boeing received more financial support from the bank than all small business combined!

From 2007 to 2014, Boeing received more financial support from the bank than all small business combined!

The Ex-Im’s nickname of the Boeing Bank was well earned.

But since the ability to approve large transactions ended when the quorum lapsed in 2015, Ex-Im support for Boeing dropped 99% – from $8 billion to $19 million. Accordingly, the share of Ex-Im support for small businesses grew from 25 percent to 63 percent during this time period.

Since the ability to approve large transactions ended when the quorum lapsed in 2015, Ex-Im support for Boeing dropped 99%

But you would not know anything changed if you were looking at Boeing’s financial statements. Despite Ex-Im supporters stating that without Ex-Im “[Boeing] would likely see their opportunities overseas vanish,” Boeing’s annual revenues have continued to grow by billions of dollars annually and it accrued its highest ever backlog of orders in 2017. In the absence of Ex-Im loans, Boeing’s growth has been supported by robust financing from private sources.

Overall, the level of financing by Ex-Im finances for all businesses has dropped by 72 percent since the quorum lapsed (from $21 billion annually in 2014 to $3.6 billion in 2018) and the overall exposure to taxpayers has dropped from $105 billion in 2015 to $66 billion in 2018. This is evidence of a significant portion of Ex-Im activity tied up with large transactions for massive corporations like Boeing.

Yet, during that period, exports from the United States went unaffected, climbing from $1.7 trillion to $1.8 trillion.

Just this week, we found out that Boeing knew about a problem with their conflict safety alert system for an entire year prior to sharing the information with the Federal Aviation Administration (FAA). Their negligence cost hundreds of lives and put many more at risk. The MAX 737 remains grounded and an investigation into the corporation is ongoing.

It’s been nearly four years since the Ex-Im bank lending was dominated by the interests of Boeing and other large manufacturers. The Trump White House and Republican Senate have been in place for the last two and half years. Why is the Senate all of a sudden confirming the nominees necessary to get the Boeing Bank up and going again?

There’s clearly no way to make a direct tie between the Boeing problems of late and the sudden urgency in the Senate to reinstate a quorum to their direct benefit. But the timing is awfully bizarre. 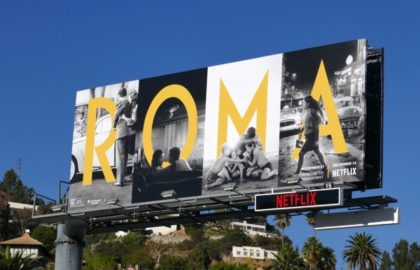 Netflix, Boeing, and the Problem of Cronyism