This week, Senators Paul (R-KY), Lankford (R-OK), Cruz (R-TX) and Inhofe (R-OK) sent an investigation request to the Inspector General of the National Science Foundation (NSF) regarding the awarding of federal grants that are of questionable merit or politicized in nature.  Documented in the letter, the grants in question include $1 million to help develop a 30-second video to train TV meteorologists to convey the warnings of climate change to their broadcast audience and another $3 million grant to recruit 200 meteorologists for “professional development activities and training on use of Climate Matters [a subsidiary of Climate Central] materials to help them become confident and competent climate educators…”

Going beyond the mandate of research and discovery, the Senators contend that the grant delves into the realm of political advocacy, possibly in violation of federal law (the Hatch Act prevents most of the executive branch from participating in partisan politics). Another grant that may cross this line is a $369,480 award “to study political engagement around social justice issues by a vanguard of engineers and to investigate how their dissent – be it expressed as activism, advocacy, protest, or reform – shapes the culture of their profession.”

The Senators argue that these grants are “a stark departure from the purpose of the NSF, which includes “promot[ing] the progress of science.” They continue to argue that “research designed to sway individuals of a various group, be they meteorologists or engineers, to a politically contentious viewpoint is not science – it is propagandizing.  Such efforts certainly fail to meet the standard of scientific research to which the NSF should be devoting federal taxpayer dollars.”

The letter also pointed out some other questionable political science grants awarded by the NSF, including a $588,000 study on whether media choice causes polarization or vice versa and a $150,000 grant to study which parts of political interaction are most stressful. We’ll let the reader decide whether these studies fall within the NSF’s statutory mission to “advance the national health, prosperity, and welfare; and to secure the national defense.”

Pursuit’s founder and former Senator Tom Coburn successfully included an amendment in the 2013 funding bills to restrict NSF funding for political science research that does not have a national security or economic interest.  Coburn’s rationale was that instead of studying the websites of congressional candidates ($126k) or whether political candidates adopting “green positions” are more likely to sway voters ($200k to find that it depends on how the voter feels about climate) those tax dollars would be better used for medical research or discovery.

After much outcry and handwringing from the political scientist community, who claimed that their field is just as important as any other science field (unclear if that was empirically tested), the restriction was removed in 2014. And now we can see what that reversal has yielded – studies that will provide dinner table fodder, an attempt to evangelize your (likely) goofy local news meteorologists and turning engineers into social justice warriors.

We don’t need an NSF study to conclude that Coburn’s position to prioritize transformative research over political science funding at our nation’s premiere research agency was confirmed.  While the NSF IG may conclude that the grants in question violated federal law – Congress is already within its right to prevent the funds from being used for these types of studies in the first place. 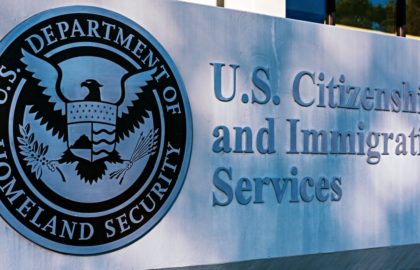