“I’ve been asked if I have any regrets. Well, I do. The deficit is one,” said Ronald Reagan in his Farewell Address to the Nation. Dubbed as the “Great Communicator,” Reagan eloquently expressed his vision for a better America, promising to use conservative ideas to push America forward. One of the biggest draws of Ronald Reagan was his brashness on reversing the growth of government, bashing big government opponents for their expansionist ideas and their growth in federal spending. However, Reagan, as he admits in his farewell address, did not reverse the growth of government and did not put checks on federal spending.

When Reagan left office he had tripled the national debt. From $900 billion to $2.7 trillion. His liberal predecessors, Ford and Carter, only doubled it. In a 1988 Mises Institute publication, Sheldon L. Richman expressed the president’s failures on rolling back spending and big government:

Paul Ryan came to power similarly, promising to take on entitlement and budget reform, achieving neither. “He is commonly thought of as a fiscal crusader because of his austere budget blueprints, but Ryan voted for everything from Medicare Part D to the auto and bank bailouts to the recent, cap-busting spending increase he muscled through Congress,” penned Tim Alberta in a Politico piece after Paul Ryan announced his departure from public life.

The outgoing Speaker of the House admitted earlier this week the national debt is one of his biggest regrets. Having championed the Budget Control Act in 2011 that placed caps on spending and incentivized a long-term budget fix, Paul Ryan participated in what will be seen as one of the greatest generational transfers of wealth in history. Since 2011, over $6 trillion has been added to the national debt, and zero progress has been made on the $100 trillion in unfunded liabilities. Whatsmore, Paul Ryan as Speaker of the House championed the $300 billion budget cap increase earlier this year, reversing the actions of the Budget Control Act in 2011.

In a final ditch effort this year, both houses of Congress formed the Joint Select Committee on Budget and Appropriations Reform to fix the broken budget process. This nine month endeavor ended in November with nothing to show for it.

In this age of hyper partisanship and extreme rhetoric, the one thing both Republicans and Democrats actually agree on is raising spending for their respective hallmarks, defense and social programs. But our country is in much deeper trouble than Congress is acting like, and drastic measures to get our country back on track will have to occur in order for the next generation to be prosperous. Will fiscal responsibility be seen as too extreme to both parties given the amount of political courage it will take to right the ship?

A new Congress with new members and fresh ideas will be sworn into office this January. A promising opportunity awaits the public servants willing to take on our nation’s toughest challenge. Success is of the utmost importance. Our future depends on it. 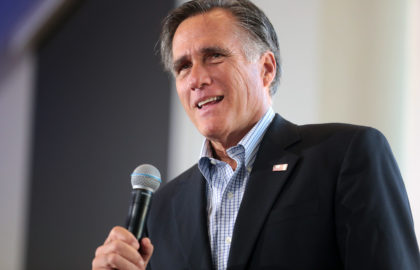