For young Americans, there are few things you can trust less than a federal trust fund.

Hundreds of trust funds have been set up by Congress over the years to provide a dedicated funding source for massive programs (Medicare, Social Security), large programs (highways and airports) and random programs (postal workers, the Tennessee Valley Authority).

In totality, they are going broke. And they are taking the rest of our nation’s fiscal ship down with them.

A report released last month by the Government Accountability Office (GAO) found that the balance of America’s trust funds will “start declining in fiscal year 2022 as decreases in Medicare and Social Security will exceed increases in military and civilian retirement balances.”

In other words, money is going out faster than it is coming in.

It gets worse. “To offset the overall decrease…the federal government is projected to borrow more from the public.” While it is easy to be apathetic about further additions to the already-$23 trillion national debt, the GAO gives a clear warning that grave “existing federal debt held by the public is already large by historical norms, and [the Congressional Budget Office] has noted that large and growing amounts of federal debt held by the public would have negative long-term consequences for the economy and constrain future budget policy.”

America’s borrowing-spree cannot go on forever, and the unsustainable trajectory of federal trust funds sets all Americans on a collision course with widespread loss of benefits (and the outright mythification of those benefits for young Americans), financial catastrophe, and the political upheaval that would surely follow in its wake.

The picture painted thus far is bleak, and those accustomed to Washington’s lacking interest in long-term legislating might see these forecasts as inevitable. Luckily, a group of United States Senators do not.

A few months ago, Senator Mitt Romney (R-UT) released a plan for preventing the government’s trust funds from reaching their fiscal denouement. The senator’s Time to Rescue United States’ Trusts (TRUST) Act is designed to set up a framework for Congress to finally act to avoid the bankruptcy of the trust funds.

The bill creates a framework for facilitating debate over prescribed solutions, calling for a U.S. Treasury report on the state of America’s federal trust funds, tasking congressional leaders with appointing members to serve on “Rescue Committees,” and prompting those committees to work in a bipartisan manner by requiring at least two members of each party to report legislation.

Rep. Gallagher captured the significance of this step best, stating it’s “high time Congress has the tough debates to prevent some of our nation’s most critical trust funds from becoming insolvent.” Better still is the fact that there is real momentum behind the bill both in and out of Congress.

While proactive conflict from Congress may seem like a bygone era, the legislation encourages long-missed open debate on a major public concern with no rigid policy prescriptions on the front end. Indeed, a plan that has been praised both by R Street Institute Vice-President of Policy Kevin Kosar as a “bold and brave step” and Brookings Institution Senior Fellow Bill Gale as “a promising way to make a down payment on long-term fiscal reform” is worthy of the attention it has been garnering.

Sen. Romney’s understanding that politics rewards actually grappling with difficult and controversial subjects was on full display in his vow that “passing this legislation is [his] top priority this year.” The TRUST Act is an encouraging example of how vast the potential is for acting on major issues that will have long-standing effects on the lives of young Americans. As momentum continues to grow behind the bill, all Americans should hope that lawmakers are eager to follow Sen. Romney’s lead in restoring substantive deliberation over America’s fiscal future. 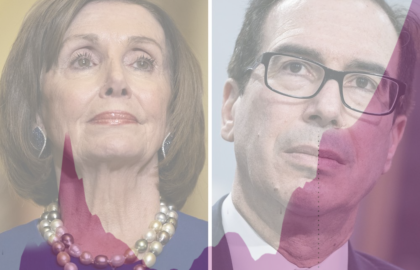 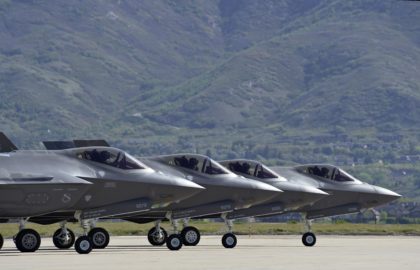