It’s been awhile since we’ve seen an Inspector General report on the National Security Agency (NSA). But we have received two in the last two months. And they show how the top-secret agency is clandestinely wasting our money.

The first report released in March was about NSA’s travel program. You may remember three years ago when the Department of Defense IG found that DoD personnel used government travel cards to run up $1 million in expenses at casinos and adult entertainment establishments.

The NSA IG decided it was time for a checkup of NSA’s travel program which spent $69.4 million on 43,579 travel claims in Fiscal Year 2017. The IG found that management of the program “creates risks of improper entitlement payments and ineffective management of a program.”

Specifically, the IG found $900,000 in questionable transactions over a 9-month period, of which $285,000 were determined to be inappropriate. These inappropriate charges include $2,392 for personal cruise line tickets, $1,568 for Walt Disney World tickets, and $1,011 spent at a yacht marina.

These inappropriate charges include $2,392 for personal cruise line tickets, $1,568 for Walt Disney World tickets, and $1,011 spent at a yacht marina.

The NSA’s Government Travel Charge Card office has difficulty catching these instances of travel card abuse because they utilize a manual review system rather than an electrically matching protocol with the charge card companies that would help them identify wrong-doing.

That’s right, the agency that is known for its capabilities in reviewing communications around the globe doesn’t have the technology to analyze their own travel card expenditures for abuse.

The other report from the NSA IG found systemic problems with the agency’s contracting process, specifically with their use of award fee contracts. An award fee contract provides payment “based upon periodic evaluations of ongoing contractor performance” which are subjective and unilateral rather than based on any targets or formula. Because of this, they tend to be riskier to the government (i.e. the taxpayer) and necessitate a ton of oversight to ensure they are being utilized properly.

The OIG found that the necessary oversight is not in place. Not even close.

Federal regulations dictate that an agency is supposed to get sign off from a contracting officer before proceeding with an award fee contract. The OIG analyzed 54 contracts that provided an average of $12.5 million in award fees to contractors. Of the 54 contracts that the IG looked at, 54 percent (29 of 54) did not have the proper sign-off.

Regulations also require a cost-benefit analysis to ensure that the award fee contract type provides the the best value to the government. Ninety-four percent (51 of 54) lacked the required cost-benefit analysis. NSA also failed to document the justification for the fee percentage used on all 54 contracts examined.

Given the lack of required documentation, the IG could not “substantiate that its utilization of these contracts in these instances was in the best interests of the Government” and therefore labeled $636 million in award fees as “questionable.”

The NSA agreed with the findings but determined that it would not be worth going back to amend the contracts because many had already expired and “a contractor would be unlikely to agree to a bilateral modification to alter the contract type or lessen the fee pool unless it received comparable consideration to that which it expected to receive from the contract as awarded.”

On the other hand, the government is required to provide contractors a meeting if they are not on pace to receive at least 75 percent of their award fee. These two points are indicative of a system that places contractors’ interests over taxpayers.

Another concern raised by the IG is that the use of award fee contracts by the NSA has more than doubled since 2010, a period during which its parent agency, the DoD, has markedly cut down on the use of the riskier contract vehicles ($34 billion to less than $10 billion). The DoD has made this change because the rampant cost overruns associated with these contracts and instances of award fees being given that are inconsistent with the contract outcomes.

The same potential for abuse is ripe at NSA. Indeed, the report included a statement from a contract official that they were “not permitted to assign a 70% award fee earned because the contractor had not been given formal notice.” It’s no wonder that 78 percent (42 of 54) of the contracts received 90% or more of the available award fee, and only one contractor earned less than 75%.

It’s possible that the high rate of award fees being paid are worth it to the taxpayer. But NSA has no way of knowing what kind of value they are getting. The IG determined that “despite paying hundreds of millions in award fees, the Agency has no comprehensive metrics to support whether or not its use of award fees has improved contractor performance and acquisition outcomes.”

NSA famously has a $1 billion server farm to store huge amounts of personal data. Apparently, the only data they don’t collect are the types that could save taxpayer dollars. 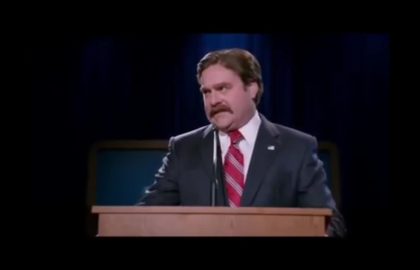 The Federal Government’s Yellow Pages Are a Mess 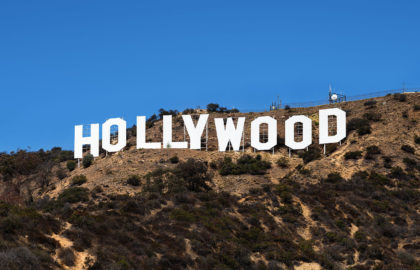