Welcome to the weekly QuizCap, a fun way to test your knowledge on what’s going on in Washington.This week socialism makes a comeback, Indiana Jones goes to Turkey, and millennials take on mayonnaise!

Frayed relations with Turkey and a collapsing lira have dominated news coverage this week. More than $700 million in American tax dollars have gone to Turkey since 2017, including $12,000 to celebrate Kevork Malikyan. What is Kevork Malikyan known for?

The State Department pitched in $12,000 to celebrate the 50th anniversary of the Turkish actor’s career. The event featured a screening of the Last Crusade along with a workshop with Malikyan. Ask yourself, why do you seek to waste American tax dollars?

The big news on the home front is the Trump Administration revoking the clearance of former CIA Director John Brennan. While removing a clearance seemed easy, albeit controversial, how long does it take for the federal government to grant a security clearance?

While the federal guidelines set the maximum processing period at 80 days, they are currently taking more than a year on average to process a clearance. The screening process has a 700,000-application backlog, up from 190,000 pre-Snowden breach. GAO warns that the backlog “result[s] in millions of dollars of additional costs,...longer periods of time needed to complete national security related contracts, lost opportunity costs if prospective employees decide to work elsewhere rather than wait to get a clearance, and diminishing quality of the work...with personnel who...are not the most experienced and best-qualified.”

Trump wants to have a military parade on November 10th featuring armored vehicles, aircraft flyovers, and period uniforms. A recent report found that the costs of this bravado have ballooned from $12 million to what?

What recent event is hurting the Alaskan fishery economy?

While Alaska industry is hurt by federal trade policy, it was also helped by a 2009 federal program…a little bit too much. From 2009 to 2013, Alaska received $18 million in Medicaid bonus payments to offset the costs of increased enrollment of children in the program. How much of these were unallowable?

A recent IG report found that $8.9 million, or half, of the bonus payments that Alaska claimed under the program were not allowable because they were claimed for non-child enrollees. In other payments-that-should-not-have-happened news, the HHS OIG found that in 2014, $504.9 million in financial assistance payments for participants in the Obamacare exchanges were improperly awarded.

Waste and inefficiencies come in many forms. How many taxpayer dollars does the EPA put at risk by using a manual rather than an e-invoicing process?

A recent report found the EPA is not maximizing its contract invoice payment process, and places an average of $1.2 billion annually at risk by not doing so. "If the EPA does not address these areas, the agency will remain vulnerable to waste, fraud and abuse; will continue to put taxpayer dollars at risk due to discounts lost and interest penalties paid; and will miss opportunities to put these funds to better use to protect human health and the environment."

School is back in! Did you know college tuition has more than doubled since the 1980s? What is the average student debt per graduate?

According to a recent report, “From the late 1980s to now, the cost of an undergraduate degree has risen by 213% at public schools and 129% at private schools, adjusting for inflation.”

Home prices are on the rise, and that spells bad news for one generation. How much more will a home cost for millennials than their baby boomer parents?

Millennials have been “killing” a lot of things over the past few years including Applebee's, Home Depot, and movie theatres. What are they “killing” this week?

According to the author of the opinion piece, millennials are leaving mayonnaise to embrace multiculturalism, “gobbling up kefir and ajvar and chimichurri and gochujang.” Perhaps the most hilarious anecdote from the piece: “Her daughter — a women’s and gender studies major — naturally “loathes” mayo.”

The adoration for socialism is growing in this country, with many politicians embracing the policy as an alternative to capitalism. According to a new Gallup poll, how many young Americans view capitalism positively?

"This represents a 12-point decline in young adults' positive views of capitalism in just the past two years and a marked shift since 2010, when 68 percent viewed it positively,” says Gallup. Alternatively, 51 percent of young people are positive about socialism.

Prior to the recently passed Tax Cuts and Jobs Act of 2017, there were 216 tax expenditures (loopholes, deductions, exemptions, credits, and preferential rates). How many tax expenditures remain after the first comprehensive tax reform in three decades?

223>216. Somehow, some way, Republicans were able to add cronyism and complexity to an already broken and complicated tax code.

What did Congress do this week to fix our long-term debt problems?

The House is still out of session, and the Senate is coming back this week to take up a spending bill that some liken to a Nickleback song. As Congress continues to spend at record levels, it’s doubtful that we will hear a peep about the CBO long-term debt projections showing record setting debt. 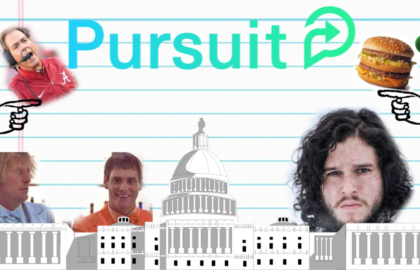