Welcome back to the Weekly QuizCap. This week, a group of Senators try to eliminate earmarks, gen z starts to take on debt, and the VA calls security for confederate monuments.

This week, Ten U.S. Senators sent a letter to Senate Party Leaders Mitch McConnell (R-KY) and Chuck Schumer (D-NY) asking for the Senate to take up and pass the Earmark Elimination Act, which would permanently ban earmarks. In the decades before earmarks were banned, how much did earmarks cost taxpayers?

Before earmarks were banned in 2010, Congress had made over 110,000 earmarks costing taxpayers over $329 billion.

Economists cannot explain why unemployment is so low but wages have stagnated. They have a few ideas including productivity growth, slack in the labor markets, and employer concentration (1 employer in big markets). Maybe the national debt is to blame too?

Millennials, on average, have accumulated $42,000 worth of debt, but the next generation, gen z, is right behind them. How much debt has gen z (16-20 year olds) already accumulated, on average.

As members of gen z make their way through high school and into college, they are racking up record debt. To make matters worse, almost half have $250 or less in savings. With interest rates on the rise, debt will get more expensive to pay off...and they can’t even legally drink.

Speaking of debt on the rise, last week, the annual deficit number climbed to $779 billion – up 17 percent from last year. What legislation is to blame for the significant deficit increase?

What is the main driver of our debt?

The main drivers of our debt are entitlement programs, along with interest payments on our national debt. According to the Congressional Budget Office (CBO), Social Security’s core old-age and survivor benefit program will spend $834 billion this year. The program is also projected to cut benefits for recipients by 25% in 2035 if nothing is done between now and then, and Medicare’s Hospital Insurance Trust is projected to be depleted by 2028.

Nancy Pelosi said the GOP’s “twisted agenda” will cut benefits seniors have earned. How much more will the average couple receive through Medicare today than they paid in?

Contrary to what the House Minority Leader said, entitlements aren’t returning the benefits that have been earned – the average couple on Medicare will receive 3 times the benefits as what they paid in - that’s some rate of return.

Last week, President Trump ordered his cabinet secretaries to “Get rid of the fat. Get rid of the waste.” How much does he want each department to cut?

Though President Trump and the executive branch may find areas of waste, fraud, and abuse, it is Congress that makes the final decisions on budget. Here’s to hoping the deficit doesn’t run over $1 trillion next year.

National Voter Registration Day, which fell on September 25, saw a record number of people register to vote. How many Americans registered to vote on that day?

Over 800,000 people registered to vote on one day, breaking the record of 771,321 in 2016. Hopefully the midterms will see record participation!

The Associated Press recently reported that after the Charlottesville protests last year, the Veterans Affairs (VA) department is spending money to protect confederate monuments. How much have they spent since 2017?

The VA has spent around $3 million on private security to guard the monuments, and is budgeting $1.6 million to fund security in 2019.

What did Congress do this week to address our runaway debt and unfunded liabilities problem?

Even on vacation they are concocting a new tax cut! 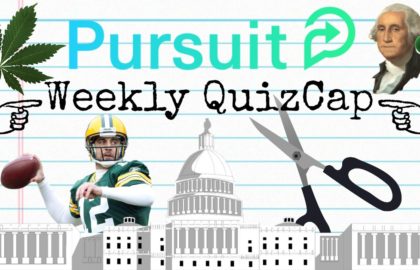 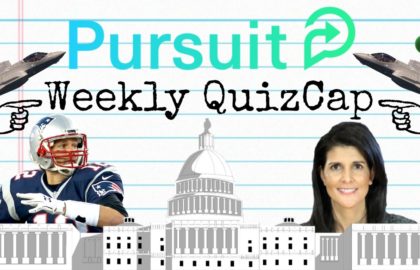