Welcome back to the Weekly QuizCap. This week, our neighbor to the north legalizes recreational marijuana, government printing costs rival Aaron Rodgers’s record-breaking contract, and George Washington explains the Senate.

We’ll start with some doob-ious news this week. Our neighbors to the north decided to legalize marijuana for recreational purposes. Canada is the 2nd country in the world to do so, who was the first?

In December 2013, Uruguay became the first country to legalize marijuana. As for the US, marijuana remains illegal at the federal level but 9 states (and DC) allow recreational usage and 30 states allow medical marijuana.

And in other all-time highs, Aaron Rodgers hit pay-dirt with the biggest contract in NFL history. He signed a four-year $134 million contract with $100 million guaranteed. True or False: The Department of Defense spends more than that every year on printing?

By a long shot! Between 2010 and 2015, the DoD spent an average of $608 million every year on printing costs. Congress responded and told them to cut back by 34 percent. The DoD is making some progress, but has a long way to go to achieve the $10’s of millions in cuts asked for.

New York Times investigators went through a ton of papers to find that the Presidential senior advisor Jared Kushner likely did not pay taxes from 2009 to 2016. What maneuver did he reportedly use to cut his tax bill?

Due to wear and tear, buildings lose value over time. The tax law recognizes this by allowing for property depreciation to be deducted from taxable income (thus reducing the amount of taxes owed). During this period, his net worth nearly quintupled to $324 million. Nothing illegal, just America’s byzantine tax laws at work.

Speaking of less than effective laws, after the Great Recession, Congress created the Financial Stability Oversight Council (FSOC) as part of the Dodd-Frank Wall Street Reform Act. In addition to imposing more regulations on traditional banks, FSOC had the authority to regulate non-banks that pose a danger to the financial system (think AIG). How many non-banks are regulated by the FSOC?

While at one point, the FSOC did designate 4 companies (GE Capital, MetLife, Prudential, and AIG) as Systemically Important Financial Institutions (SIFIs), all four have since been delisted. Insurance giant Prudential was the last to depart this week. Congrats… or something.

Though many only pay attention to tweets, deregulation has been a major emphasis of the Trump administration. He made a pledge when he got into office to eliminate two regulations for every new one created. In FY2018, how many regulations did Trump eliminate for each new one?

Many commentators credit the deregulation for the rising economy this year. We hit 4.2 percent growth in the second quarter of 2018. What has been the average GDP growth rate in the United States from 1947-2018?

During the Great Depression, the unemployment rate reached 24.9 in the year 1933.

Republicans will try to make the booming economy a focus in November’s mid-terms (don’t mind the also booming national debt). The House and Senate are both now out for recess until after the elections. About how many days will both chambers be in session together this year?

Out of 261 work days, both houses will be in session together for less than half of those days, 121.

Before the Senate left for recess last week, Republican and Democratic leaders struck a deal to confirm 15 federal judges. This gave Republicans more judges on the bench and this let vulnerable Democratic incumbents go home to campaign. In total, how many judges has the Senate confirmed during this Congress?

Former Majority Leader Reid's (D-NV) triggering of the nuclear option allowed presidential appointments and most judicial nominations (all except Supreme Court) to pass through the Senate with a simple majority vote. This expedited the confirmation of many of President Obama's appointees, and now President Trump’s appointees. Last year, Leader McConnell triggered the nuclear option on the Supreme Court to confirm Justice Gorsuch with a simple majority – thus making the Kavanaugh 50-48 vote confirmation possible.

This week there’s been talk of the Senate’s draconian rules. But as George Washington said it best, the House is the hot coffee and the Senate is the cooling saucer. With that being said, how many Senators does it take to stop a single piece of legislation?

About 90% of the Senate's business is conducted through Unanimous Consent (UC), which means all Senators agree to the question at hand. If one Senator does not consent to a bill that is up for unanimous consent, he/she can halt the entire process. As former Senator Tom Coburn said in his farewell speech, “The magic number in the Senate is not 60, the number of Senators needed to end debate. And it’s not 51, a majority. The most important number in the Senate is one...It just takes a single Senator to withhold consent to stop most legislation.”

The fiscal year ended on September 30th and Treasury released the deficit numbers for FY2018. The deficit was $779 billion – up 17 percent from last year. It could be $1 trillion as soon as next year. What did Washington do this week to address the exploding national debt?

Though President Trump did tell his Cabinet officials to eliminate 5 percent from the agency budgets by getting rid of “fat” and “waste.” We commend the efforts – but they need to get the big spenders in Congress to go along. 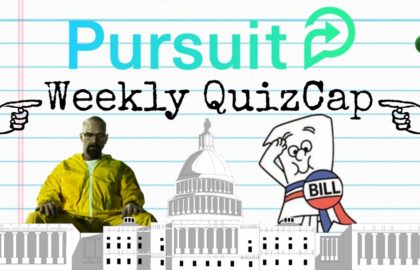 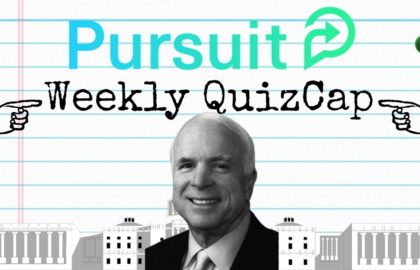