Pursuit’s Government Waste Vacation Every summer millions of Americans take their families on a little trip. This year went too far.

The federal government spends $4 trillion every year. Those funds are appropriated for anything from bullets to beaches. Most are directed to essential programs or services, but a small (relative to the mammoth federal budget) amount goes to what we call government waste. You’ve probably heard of the Navy’s $400 hammer or the EPA’s unused parking spaces, but many times if we cannot physically see the waste, it just gets a shoulder shrug. This summer we set out to change that by mapping out a popular American road trip full of roadside government waste – that you can actually visit!

Our summer vacation road trip takes the I-90 route that connects Boston to Seattle. Along the way, we point out “attractions,” along with their location, that will surely make your Aunt Edna’s blood boil. From Historic Tax Credits to Essential Air Service we cover it all in this two-day journey. Hop in the car and ride with us.

Self-proclaimed “City of Champions” is where our road trip begins, and at one of those championship sports teams venues. Fenway Park, built in 1912, is the oldest major league baseball stadium and home to the Boston Red Sox. It’s so old, that the week the stadium opened is the same week the Titanic sank! Like all stadiums, Fenway has gone under numerous renovations since its opening and after a decade long renovation, in 2012, the stadium was included in the National Register of Historic Places. After their inclusion, the Red Sox would receive a $40 million Historic Tax Credit to cover some of the $285 million renovations made to the stadium. A Red Sox spokeswoman summarized the $40 million tax credit as “basically reimbursing us for some of the money we’ve spent.” The Red Sox were recently valued at $2.7 billion, third most valuable in baseball, 16th most valuable sports franchise in the world. $40 million is pocket change to this billionaire owner and his franchise, why should taxpayers foot the bill? 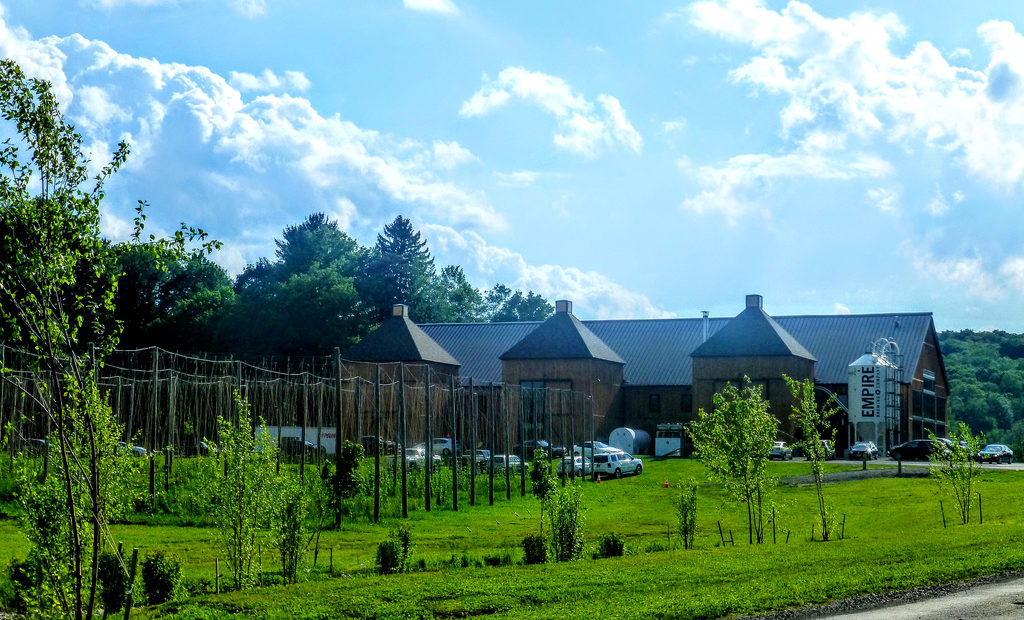 After all those hot dogs at Fenway, what do you say we grab a beer in Syracuse? Empire Brewing is the largest farm brewery in New York State, brewing “handcrafted ales and lagers in the heart of downtown Syracuse.” In 2014, the brewery was given $200,000 through the U.S. Department of Agriculture’s Value-Added Producer Grant program to expand from one location in Syracuse, to a second in Cazenovia, New York, where it would put its “farm brewery.” Since then, the Empire Farm Brewery has developed over 22 acres for educational and beer production purposes, and is producing “kegs and bottles for regional, national and international distribution.” An industry that had over $67.8 billion in sales last year is hardly the type of value taxpayers expect to see with their tax dollars. Perhaps home-state Senator Chuck Schumer had a little too much to drink when he advocated for the federal subsidy.

Stop #3 Laughing All The Way To The Bank – Jamestown, NY 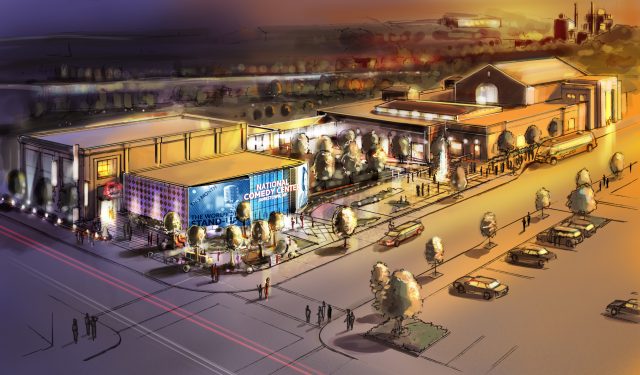 West on I-90 before crossing into Ohio, we stop for a laugh. Not the kind of laugh you get from a middle-of-nowhere gas station, but at a taxpayer-funded comedy club. Uncovered by Senator Jeff Flake’s staff, The National Comedy Center “received a $1.7 million grant from the U.S Department of Commerce’s Economic Development Administration to help construct a comedy museum in Jamestown, New York that will “resurrect” dead comedians as holograms.” Originally scheduled to open in 2016, the museum and its hologram theater will finally open in August, featuring “performances of some of comedy’s most notable figures, and experiences that allow visitors to step into the shoes of comedic artists.” This summer, The National Comedy Club will be laughing all the way to the bank with our $23.50 adult admission ticket. 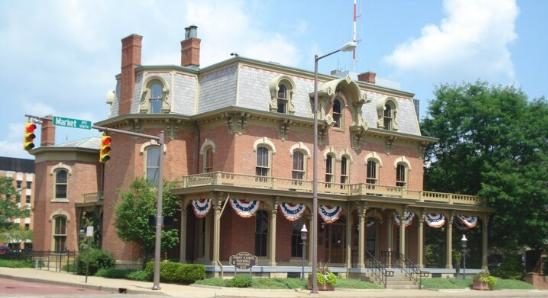 Known better for the location of the Pro Football Hall of Fame, Canton is home to another museum full of famed faces. The First Ladies National Historic Site, established in 2000, was founded by Mary Regula, coincidently the wife of the Congressman who created a federal funding stream for the library. Funded “without any hearings or studies,” the earmarked library spends nearly one million dollars per year, but only sees about 10,000 visitors. According to former Senator Tom Coburn’s Parked report, “That equates to the American taxpayers funding the 25 daily visitors at $110 each.” The museum has received more than $10 million since its opening, and has included exhibits such as “white house weddings” and “holiday decorations.” A parochial pet project that has hardly reached the value of a “national treasure.”

It wouldn’t be a road trip without stopping in the motor city for a tune-up. Every summer, Detroit celebrates “Southeast Michigan’s automotive heritage,” through an event called “Autopalooza.” The festival includes “major cruises, races, and shows during the summer months.” The Motorcities National Heritage Area (NHA), which helps coordinate Autopalooza, is funded through the Heritage Partnership Programs which was designed to give seed money for places “designated by the United States Congress where natural, cultural, historic and recreational resources combine to form a cohesive, nationally distinctive landscape arising from patterns of human activity shaped by geography.” However, most of the NHA have just been earmarks. Independent agencies, President Trump, and even President Obama have called for a reduction or elimination of the program due to lack of oversight and the program’s inability to “track federal funding or determine the appropriateness of expenditures.” Until eliminated, you can find us at the auto show.

Stop #6 A Fighter Jet That Doesn’t Fight – Indianapolis, IN

The most expensive defense weapons program in U.S. history is the the “$400 billion and counting F-35.” However, the fighter jet has come under increased scrutiny because auditors have questioned whether it will actually serve its intended purpose. Marketed as the most powerful fighter plane that is “significantly better than anything potential adversaries could build in the next two decades,” the plane has been everything but. The program began in 2001, is a decade behind schedule, and projects to cost taxpayers over $1.5 trillion before it is expected to be phased out in 2070. United Technologies in Indianapolis recently won a contract to build engines for the F-35 at a cost of $239.6 million. Unfortunately, we weren’t able to get a tour.

learn about our mission
Stop #7 A Whale Of A Deal – Chicago, IL 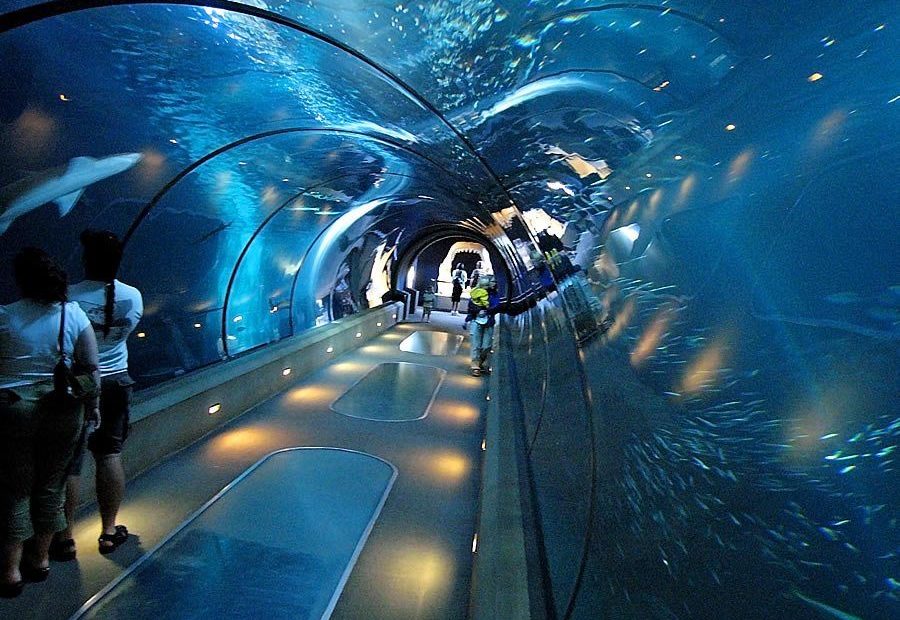 There’s lots to do in the summer in the Windy City. Navy Pier, Lake Michigan, and plenty of museums like the Shedd Aquarium when it gets too hot. Established in 1924, the Shedd Aquarium is one of the most successful aquariums in the world. Generating over $59 million in revenues in 2017, and paying their CEO almost $600,000, the museum isn’t hurting for cash. However, throughout the years, many Congressmen and Senators have secured earmarks or steered funding to the aquarium, including then-Senator Barack Obama. Strolling through the exhibits has us seeing cash-fish. 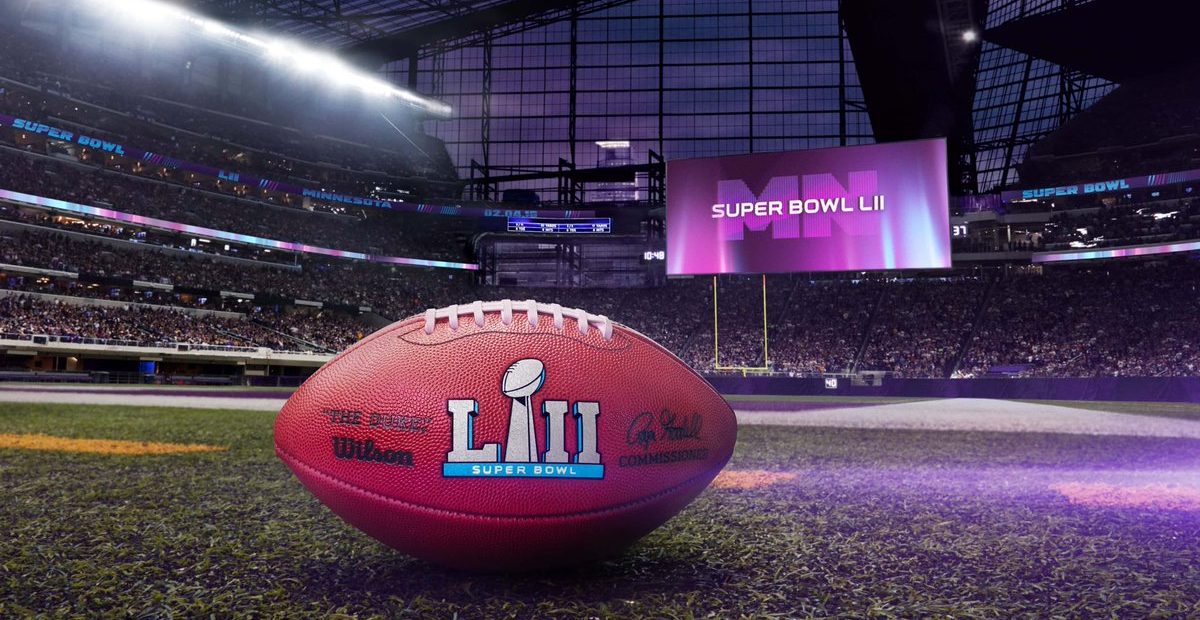 Heading north, we make way for the Twin Cities. This past February, football fans got a look at the city’s new football stadium when the Eagles beat the Patriots in Super Bowl LII. But did you know taxpayers in Minnesota will end up paying more than $1 billion over the next 30 years to pay for the Vikings new stadium? The Vikings owner threatened to move the team to Los Angeles unless the city payed for the stadium, and the city was eventually forced to foot the bill. Because they financed a large portion of the construction costs through bonds that are exempt from federal taxes, the rest of America will also chip in tens of millions to the Super Bowl venue. During the tax reform debate, the House version of the bill eliminated the federal subsidies for construction of professional sports stadiums, but was pulled out due to the influence of a Republicans Senator from Nevada whose state will soon start building another billion dollar stadium for their new NFL franchise. Can you say goal line defense? 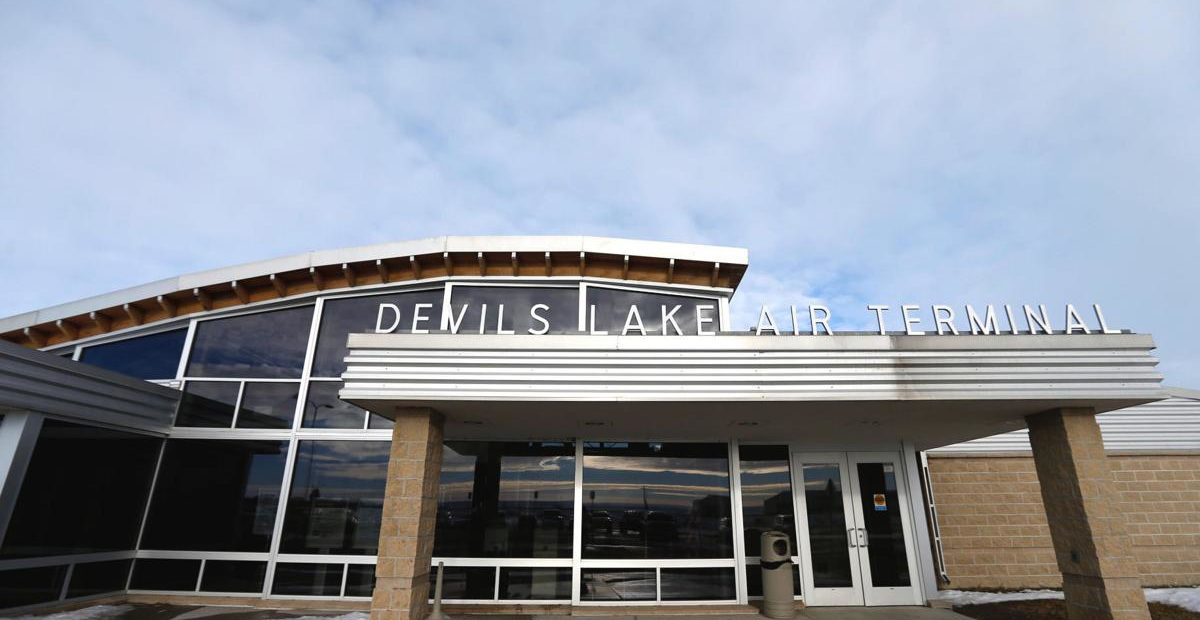 In Minneapolis, we’ll drop our car for an airplane, and fly to Devils Lake, North Dakota. Now, you might be thinking why and the heck are we heading up to Devils Lake? Well, taxpayers are subsidizing flights to this little town of 7,000 every year through the Essential Air Service (EAS) program. Created in 1978 to temporarily help small, rural airports adjust to the deregulation of the airline industry, EAS subsidizes commercial airlines that serve rural airports with two to four round trip flights each day to a medium or large hub airport. Airlines are paid a set fee by the Department of Transportation for each trip they make, regardless of how many passengers that fly. While originally intended to last for 10 years, the program lives on today. Hopefully just like this reporter’s flight to Devil’s Lake, it will be an empty flight!

In Senator Tom Coburn’s 2013 Wastebook, his staff reported on a $368,000 Community Development Block Grant (CDBG) that was supposed to “refurbish a building for LiV Golf Cars, Inc. which it will use for manufacturing.” With a steller quote from the owner, “We have zero percent of the market right now, so the potential for us to grow can only go up,” five years later, LiV Golf Cars, Inc. is out of business. Going out of business is no joking matter, but neither is picking winners and losers with money taken (taxed) from hard working Americans. 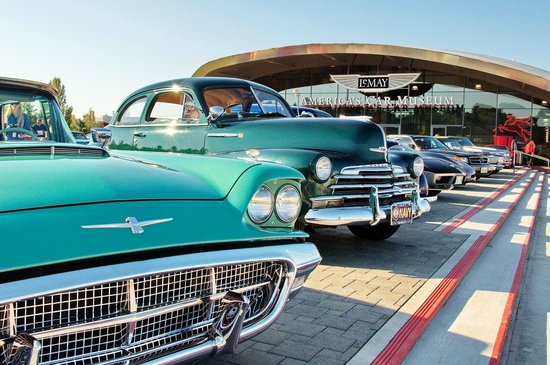 We end our trip how we started it, in a car. But this time, we’re visiting a car museum. Housing “multimillion-dollar Ferraris, IndyCars and opulent classics from the 1930s and 40s,” Harold and Nancy LeMay’s vintage car collection has raked in millions from taxpayers. According to Banking on the Poor, “The classic car museum and U.S. Bancorp benefited from a complicated financing scheme, which allowed U.S. Bancorp to invest “a total of $34 million in cash or loans with development partners, to win $13.3 million in tax credits.” In addition, the museum has received millions in federal loan guarantees through the U.S. Department of Housing and Urban Development’s Community Development Block Grant (CDBG) and millions in state and local subsidies. “The federal subsidy is a wasteful public gift to a wealthy family that can afford to finance most of the development,” said a representative of the Veterans of Foreign Wars hall, not far from the museum.

Driving through rural America, we passed through a lot of farmland. That has us wondering how much the states we drove through received in federal farm subsidies? Here’s the breakdown:

Thanks for joining us on our road trip! Just like Americans feel a special connection to the roads that connect us all, we should all feel the desire to make our government more transparent and accountable. Identifying waste-side attractions is fun, but it won’t mean anything if our elected officials don’t start taking our country’s fiscal health seriously. Changing the narrative is important, and one of the ways we can do this is by sharing the real impact government waste has in your neighborhood. So if you’ve been to any of these places, be sure to tag Pursuit in your photo with the hashtag #GovWasteVacation on Twitter, Facebook, or Instagram, and that ‘out-of-sight, out-of-mind’ narrative might begin to change. 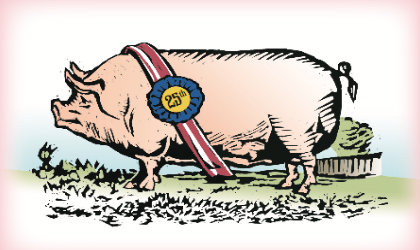 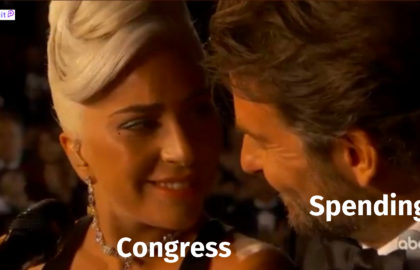