Tuesday afternoon, President Trump hosted lawmakers at the White House to discuss the impending immigration deal between Republicans and Democrats. In a move that many who have worked in politics for decades described as “extraordinary,” the President let the press record the back and forth between leaders of both parties. However, during the unprecedented open door negotiation, the President hinted at a return of a corruptive closed door process – earmarks.

Earmarks are provisions inserted into spending bills by Congress that allocate funds to a specific project or group, sidestepping any competition or merit-based approval process. Ironically, the President is pushing for merit-based immigration. The earmarking practice essentially looks something like this:

Senator A: I know you don’t like my bill, but vote for it and I will fund that park in your town.

Although this scenario is somewhat simplified, Members of Congress used earmarks before the 2010 ban to bribe one another for votes. Two of the most famous earmarks are the Louisiana Purchase and the Cornhusker Kickback, which convinced two Senators to vote Obamacare across the finish line.

Many lawmakers who criticize the earmark moratorium, blame it for the gridlock in Washington. A common argument is that earmarks “grease the wheels” in Congress, and that you cannot get members to vote for legislation they do not agree with unless they get something in return. Taxpayers and morally straight lawmakers will tell you that the power to convene and negotiate in an open setting, like the one we saw on Tuesday, is a much better way to make things work for the American people. Thinking that backroom deals is better for our democracy is dangerous, and only benefits career politicians, lobbyists, and special interests – while taxpayers pick up the tab.

Thinking that backroom deals is better for our democracy is dangerous, and only benefits career politicians, lobbyists, and special interests – while taxpayers pick up the tab.

In the decades before earmarks were banned, over 110,000 earmarks cost taxpayers over  $329.8 billion. That’s no minuscule amount, and many earmarks went to projects like the Teapot Museum. The American people were outraged when transparency crusaders began uncovering the decades of back scratching in Congress and demanded an end to the wasteful practice. This rhetoric from the President should shock the American public who already fought and won this battle over pork barrel spending. Instead, Congress needs to be addressing the $100 trillion in unfunded liabilities that will be added to a national debt that is already over $20 trillion.

By suggesting Congress bring back earmarks is a direct contradiction to draining the swamp, a commitment President Trump vehemently promised on the campaign trail. The transparency of Tuesday’s immigration meeting was refreshing but the thought of renewing backroom dealmaking is not. 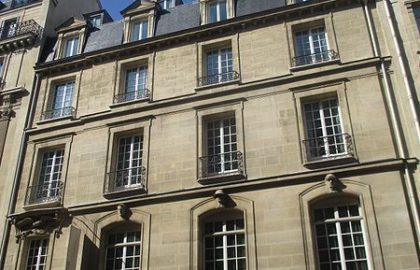 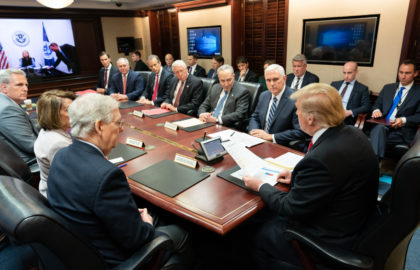 Why Supreme Court Nominations Have Become So Political