The NFL season is upon us! Americans are crafting their fantasy lineups and placing their bets on the Cleveland Browns win column—I say 2 (sorry Cleveland). But have no fear Browns fans, even if your team stinks (again) this year, you will still enjoy a military presence as a part of your game day experience.

In 2012, the Browns received $10,000 from the Department of Defense (DoD) for an Air Force color guard ceremony. While that figure might sound small, it contributed to a total of $53 million spent on sports marketing and advertising contracts from 2012 to 2015—$10 million of which went to professional organizations like the Cleveland Browns.

The irresponsible spending on “paid patriotism” by the DoD was heavily scrutinized by Senators McCain and Flake in a report they released together in 2015. As a result, the NFL agreed to pay back $720,000 to the DoD, and language in the 2016 National Defense Authorization Act (NDAA) prevented any further investment in pregame activities. These actions, however, did not address the entire problem. Billions of dollars are being spent annually on the recruiting and advertising arm of the military, millions of which are funding stadium signage and commercial spots. Unsurprisingly, the accountability for this money is inadequate, and the return on investment is unmeasured.

In the annual NDAA, funds are allocated to each military branch for “recruiting and advertising (R&A).” The budget for this initiative averaged an astounding $1.34 billion per year for the 2015-2019 defense spending authorization bills. The 2017 NDAA was the highest for these years, totaling $1.41 billion for R&A, despite a $25 million cut from the Army for “unjustified program growth,” and the mysterious disappearance of the $272 million Army National Guard allocation.  These drawbacks did not reduce the budget because Congress included $284.8 million for R&A in the Overseas Contingency Operations (OCO) allocation—which has nothing to do with R&A and is further proof that the account is simply a slush fund for wasteful defense spending (read more about that, here). That was not the only audible called by Congress.

Previous NDAA bills leading up to 2018 allocated separate R&A budgets for the Marine Corps and Marine Corps Reserves. In 2017, they received $165.5 million and $8.8 million, respectively. In 2018, however, Congress combined the two allocations into one overarching Marine Corps R&A account and tacked on a 14% raise in the process—thus giving the second smallest branch the second highest R&A budget for 2018.

The 2019 NDAA shows some improvement. The Army, Army Reserves, Air Force, Air Force Reserves, and Air National Guard all took a cut in their recruiting and advertising budgets compared to 2018; the Marine Corps stayed relatively the same, and the Navy got a small $3.5 million bump after their R&A budget was cut by $48 million the previous year. These cuts reduce the 2019 total defense R&A allocation to the lowest it has been since 2014. But the NDAA still does not give specifications for R&A, or what measurable benchmark for recruiting standards should be used to show a positive return of a very large taxpayer investment.

A 2016 Government Accountability Office (GAO) report addressed DoD advertising, and the implications it had on recruitment. In their findings, GAO expressed concern that the DoD is failing to address “inefficiencies and [has no formal process] to ensure information sharing among the services.” GAO also found that while the DoD generally follows best practices for measuring the success of their advertising, they do not have a defined set of measurable goals that can be applied for every branch. Instead, each component of the military operates independently, defining their own recruitment standards. This is where the return of investment comes into play.

If the military were to define a benchmark for success in advertising, like a standard price per head for example, then Congress and the taxpayers would be able to hold the DoD to a certain standard. In FY 2015, $662.4 million of the DoD R&A allocation was used on advertising. The recruiting goal was 249,097 people, or $2,659 advertising dollars spent per new recruit. Using this number as a benchmark, Congress and the American people could decide if $2,659 per person, much of which is spent on advertising at professional sporting events and on television, is worth it. If not, Congress must tackle the issue head on to determine an acceptable dollar amount going forward.

Strength and lethality of the United States military has always been a talking point for members of Congress and the Executive Branch. Maintaining a certain level of recruitment is understandable, but when taxpayers are footing the bill for the Department of Defense to recruit and advertise, responsible and measurable actions are needed. That means establishing a benchmark for success on the price per recruit. Without this measure, it is just a waste of the American people’s money—kind of like buying a Cleveland Browns ticket. 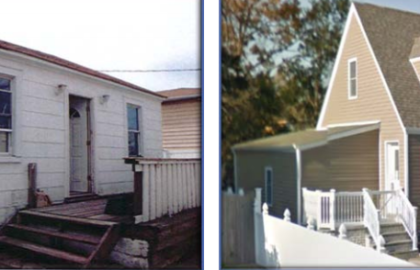