Recently boosted by the off-the-cuff remarks from President Trump, the debate over bringing back earmarks is picking up steam on Capitol Hill.  But, if earmarks are going to be restored, Paul Ryan will have the final word on the matter. Consequently, it is worth looking at his past words (and actions) on the subject. After all, the past is oftimes the best predictor of the future.

Under the watch of both political parties, Congress grew addicted to the practice of pork-barrel spending. Taxpayers were rightfully angered to learn of their hard-earned tax dollars squandered on the infamous Bridge to Nowhere in Alaska and the Rain Forest Museum in Iowa. More troubling than these egregious examples of waste is the corruptibility of the process.

Throughout his congressional career, Ryan has lived up to these words condemning government waste and the corruptibility of the earmark process. In 2008, he swore off earmarks completely, and even before then his actions were not those of a seasoned logroller; out of 435 House members, Ryan ranked 401st in terms of earmark dollars secured at the time of his pledge.

Politically, Ryan must know that bringing back earmarks—in any form, even the “congressionally directed spending as laid out in the constitution” format pushed for by some conservatives—is likely death in an election year, and a complete rejection of the wishes of Republican voters. “We just had a ‘drain the swamp’ election,” he reportedly told members angling to bring earmarks back in November of 2016. “Let’s not just turn around and bring back earmarks two weeks later.”

Recently, the House Rules Committee held a hearing entitled “Effective Oversight and the Power of the Purse” as they consider whether or not they will move ahead with a restoration of earmarks. To do so is a complete repudiation of the lessons of 2016 and a slap in the face to the American people.

This path is not set in stone. The resurrection or continued posthumous existence of earmarks still depends on whether present Paul Ryan is willing to live up to the words and actions of past Paul Ryan and halt House Republican’s earmark-driven metamorphosis into a political Thanatos.

During a 2008 debate at George Washington University, before he was on a presidential ticket or Speaker of the House, Ryan said “Now here’s the story. I think we have a chance of actually severing this American legacy we have. My parents told me that in this country you make sure you leave the next generation off better than when you found it. You make it safer. You make it more prosperous.”

Paul Ryan has already left the next generation better than when he found it by helping kill earmarks. It would be a pity if his actions over the coming weeks reversed that great accomplishment and severed not only his own legacy, but this American legacy we have as well. 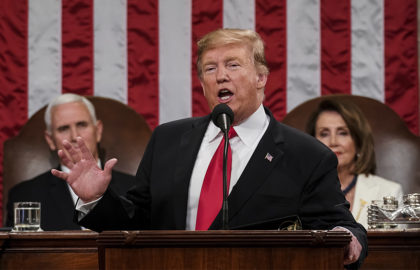