The ratcheting up of the trade dispute with China has led to a drop in the markets and a rise in the concerns of the farming community. Hoping to quell those concerns, President Trump took to Twitter to declare that he will protect “our patriot farmers” by providing payments to farmers negatively impacted by retaliatory tariffs.

This is the second time in as many years that Trump has called for federal payments to rain down on farmers whose profits have dried up from export constraints. Last year, the Trump administration unilaterally provided $12 billion in farm aid to those impacted by trade disputes.

While the significant majority of the $28 billion in farm payments will go towards direct payments to farmers, the administration has directed $300 million to the Agriculture Trade Promotion (ATP) program – a program that is intended to help agricultural industry groups promote their products in overseas markets. The ATP program is nearly identical to the Market Access Program (MAP) – which provides trade promotion groups $200 million each year to market their products overseas.

While contentious and counterproductive, there is at least a logical case to be made to redirect tariff revenues towards farmers who are taking the brunt of the impact of the trade war.

However, trade war or not, there is no reason to double the number of taxpayers’ dollars going towards these trade promotion programs.

Constant beneficiaries of taxpayer support through the MAP and now the ATP program are the Wine Institute – the “voice of the California wineries” – and the Distilled Spirits Council of the United States –the “advocate for distilled spirits in the United States.” The Wine Institute received $16 million tax dollars last year ($9 million from ATP and $7 million from MAP) while the Distilled Spirit Council received a more modest $1.2 million.

You’re going to need a large glass of one of their products when you hear that the CEOs of the Wine Institute and Distilled Spirits Council make $1.4 million in annual salary each.

Falling short of their boozier trade groups, the National Confectioners Association received $2 million in federal support and pays its CEO a sweet $1.1 million in annual salary.

This is not meant to be an indictment on lucrative salaries in general. Rather, it is calling into question the efficacy of sending $16 million in tax dollars to an entity that promotes safely drinking wine at lunch to send representatives to trade shows when they can afford to pay their leadership four times the amount of the President of the United States and 26 times the median salary in the United States.

Both the AFP and the MAP programs reimburse the costs of trade groups to send representatives to domestic and international trade shows.

The intended purpose of the programs is to open up new overseas markets for domestic agricultural industries to sell their products in. Yet, the USDA will reimburse travel and presentations at shows in the United States so long as at least 15 percent of attendees are from a foreign country.

The USDA will pay industry groups to present at, say, Brew Expo America in San Antonio or the Night Club and Bar Trade Show in Las Vegas under the auspices of “opening up overseas markets.”

Both of those are among the nearly 40 domestic trade shows that are deemed automatically eligible for reimbursement by the USDA.

It comes as no surprise that a program that is intended market overseas would reimburse travel to foreign countries. But it will surprise you how expensive that may be.

The program reimburses airfares at the rate of an economy class ticket – unless the flight is over 14 hours in which a business class ticket is refundable. However, if the traveler is a “a foreign buyer, foreign importer, or member of the foreign media,” the U.S. government will reimburse business class travel through for any flights longer than 5 hours (i.e. almost every international flight).

A sampling of trade shows is made available through the USDA exemption list for MAP programs. MAP participants are not supposed to go to the same trade show more than five years in a row. Except the USDA has deemed 36 international trade shows to be so important that they will pay for their attendance every year regardless of the five-year cut-off.

This includes the Dubai International Horse Fair, the Fieracavalli horse show in Verona, Italy, and the Asia Pacific Leather Fair Show in Hong Kong. Yes, even the China Fisheries and Seafood Expo is on the list.

Not to mention they will reimburse trade groups for giveaways, awards prices, and other promotional materials.

While the USDA does not centralize and disclose the costs of these trips, a search on USASpending.gov shows that the MAP programs reimbursements of over $1 million per trip are quite common.

Your tax dollars at work!

Do they really need our help?

Supporters of these export promotion programs claim that there are $27 in benefits for every tax dollar spent on the program. While the Government Accountability Office (GAO) has questioned the validity of these benefits, even if they were true, that means that the private businesses and industry would be well suited to invest in these activities on their own dime. Taxpayers should not have to support the advertising expenses of companies like Ocean Spray and Sunkist or trade groups like the Wine Institute and the Confectioners Association.

Supporters of the program also combat this by saying there is a “free rider” problem that necessitates government intervention. The argument goes that companies in the industry will rely on their competitors to invest in international promotional activities and get the benefits of the new market while skimping on the costs of advertising.

Which is absolutely ludicrous given that almost all of the $200 million+ federal dollars go to industry-wide trade groups. Further, it’s laughable to address this “free rider” problem by taking a free ride on the taxpayers.

Regardless of how one feels about the tariffs and the ongoing trade war, one thing should be agreed upon by all. It should not be used an excuse to bump up spending on crony capitalist programs like the AFP and MAP. 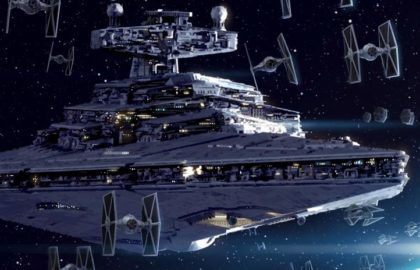 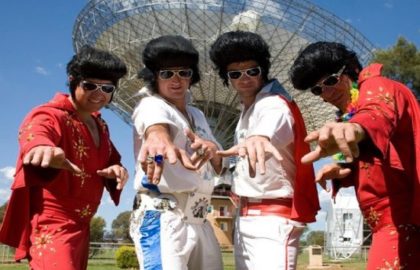