Nikki Haley’s Helpful Lesson on How to Win an Argument

In this age of rebooted tribalism, we’re losing touch with how to genuinely debate ideas. People who are committed to practicing genuine persuasion seem to understand a simple principle: Correcting the other side is partisanship but correcting your side is leadership.

Speaking before a large group of conservative students, U.S. Ambassador to the United Nations Nikki Haley demonstrated real leadership by challenging her “side.” She implored young conservatives to do better than “owning the libs.”

“Raise your hand if you’ve ever posted anything online to quote-unquote ‘own the libs,’” Haley asked at the conference at George Washington University.

The term “own the libs” commonly refers to occasions when conservatives will go out of their way to do or say something outrageous or aggressive in order to annoy liberals. This can include destroying your Keurig because the company pulled advertisements from Sean Hannity’s show, or posting provocative pictures with guns, for example.

Needless to say, the practice may get attention and the all-powerful ReTweet, but it doesn’t move the bipartisan debate forward.

The Hill reported on Haley’s speech:

“I know that it’s fun and that it can feel good, but step back and think about what you’re accomplishing when you do this – are you persuading anyone? Who are you persuading?” Haley asked. “We’ve all been guilty of it at some point or another, but this kind of speech isn’t leadership – it’s the exact opposite.”

She’s right, and it’s encouraging to hear a prominent and influential politician say these words. Respect, kindness and decency draws people in more than needless aggression. Pandering to one’s tribe, joining a mob and yelling at people isn’t the most persuasive tactic.

Haley is right. When conservatives or liberals high-five one another for successfully trolling people who have a different point-of-view, either side has done nothing to move our country in a positive direction. Even though we can’t make everyone agree with us, earnest efforts can open another person’s eyes and respectfully debate ideas is what moves the country forward.

When conservatives or liberals high-five one another for successfully trolling people who have a different point-of-view, either side has done nothing to move our country in a positive direction.

As Haley said, “Real leadership is about persuasion, it’s about movement, it’s bringing people around to your point of view. Not by shouting them down, but by showing them how it is in their best interest to see things the way you do.”

Preaching to the choir is easy. Making converts takes work.

The founders drafted the First Amendment not to enforce a false standard of civility, or to impose superficial niceness or moderation. Instead, they wanted both sides to hash out arguments fiercely but respectful. In America, we all own the future together and rediscovering the art of persuasion and honest debate is a key part of that journey.

By challenging her own allies and supporters, Haley demonstrated the kind of leadership all sides need. 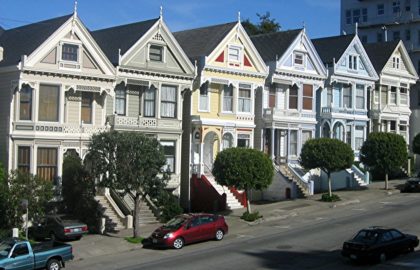