Newsflash: DC Resorts To Blindly Throwing Money at a Problem

There is no need to recap all the chilling COVID-19 news here other than to acknowledge that we are charting unprecedented territory. Global economic activity screeching to a halt in just a matter of days is not an event there is a ready-made plan for. Instead, we’re seeing a lot of improvising on the fly.

It won’t come as a shock that the policymakers who pushed through reckless fiscal policy during the bright times are looking to quadruple down on that approach during the impending gloomy times.

A massive fiscal stimulus package is working its way through Washington. While it’s sure to be expensive – with initial estimates starting at $850 billion – it’s unlikely to be effective.

Fortunately, at least for the time being, the initial idea of a payroll tax cut has been scrapped. It goes without saying that tying relief measures to the amount of money on your paycheck is a pretty dumb way to help workers who are seeing their hours reduced or cut altogether.

Instead, DC is coalescing around the idea to send everyone a check – most likely for $1000. While it excels in simplicity and political appeal, it has a ton of pitfalls – namely it does not solve any of the actual issues we are facing. Let’s see why.

The economy isn’t slipping into recession due to a lack of disposable income – it’s because we are actively discouraging providing business to massive sectors. An extra $1000 isn’t going to be used to take a cruise, book a flight, buy a drink at a bar, or go to a yoga class. The lack of activities is a public health concern, not a cash flow concern.

There is no doubt that the workers connected to these industries need the help to get by. Fortunately, we already have safety nets in place to help with that, predominantly unemployment insurance. If those safety nets are inadequate to protect those directly impacted by the virus, Congress should modify and bolster them.

But providing $1000 to healthy, salaried people who can continue to do their work from home isn’t going to do anything to contain an outbreak or bolster spending on services that are currently unavailable. And providing $1000 to someone that was laid off for what could be several months won’t be nearly enough.

DC is wielding a hacksaw when they should be working with a scalpel. Or at least scissors.

Another problem. Discouraging leaving home while encouraging spending money means one thing – go online to shop. If you tracked the online sales tax issue that raged in DC over the last decade, you would likely have heard a lot about how brick and mortar businesses should not be put at a disadvantage to online retailers. While brick and mortar stores are certainly at a disadvantage during a pandemic, sending people checks in hopes that they will immediately spend creates a pretty slanted playing field.

Moreover, boosting economic growth is not the point right now. On both official and unofficial levels, our society has placed a priority on public health over economic growth. Advising everyone to stop participating in activities means that economic activity is going to slow down. This recession is by design.

“Increasing spending in the economy” by giving everyone a $1000 check regardless of income runs counter to the public health goal. It will, however, make the economic numbers look better – as federal spending is a component of GDP. Politicians can’t afford a deep recession in an election year.

But young Americans can’t afford such cavalier attitudes towards the nation’s checkbook.

Just because we are in unprecedented times does not mean that consequences for reckless fiscal policy no longer apply. We already have a $23 trillion national debt and we are set to hit a $1 trillion deficit in 2020. The policies that DC are looking to implement will more than double that deficit.

There is an argument that debts and deficits should not be a factor in the midst of this crisis…those problems can be dealt with later.

That sentiment might be fine in a world where our leaders show restraint in the good times to prepare for needs in the bad times. But our elected officials have proven over and over again that “dealing with the problems later” part never seems to come. DC spent the last five years of good times piling spending blowouts on top of tax cuts to rack up the debt to astronomical levels.

And they’re planning on blowing it out even more.

The reality of our current situation is that the deficit is going to rise. As in every period of slow or negative growth, safety net expenditures will go up and tax receipts will go down. But the amount by which it grows still matters when our current path is unsustainable and younger generations are being shorted tens of trillions of dollars.

There are better ways to help get us through this situation than blindly throwing money at the problem. The aforementioned bolstering of safety nets for vulnerable populations, no-interest loans to struggling businesses, consumer loan forbearance, bolstering liquidity and even delaying tax filing are all policies that can provide effective, targeted relief in a tough time.

If DC finds it absolutely necessary to send checks to everyone, they should also find ways to offset those costs. Remember, those checks aren’t coming from President Trump. They’ll be coming out of the future earnings of young Americans.

Now more than ever, the government will be actively involved in picking winners and losers (we haven’t even talked about plans to provide $50+ billion to help airlines). That means having a seat at the table is critical to ensure a certain industry or group ends up in the winners column.
Unfortunately, young Americans still don’t have anyone looking out for us in Washington. And without that oh-so-important seat at the table, even if we get a thousand bucks now, we’ll eventually be picking up a much bigger tab. 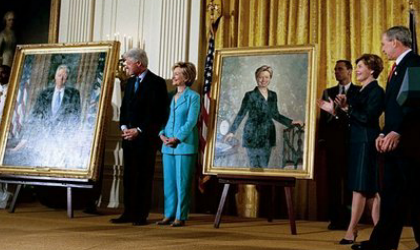 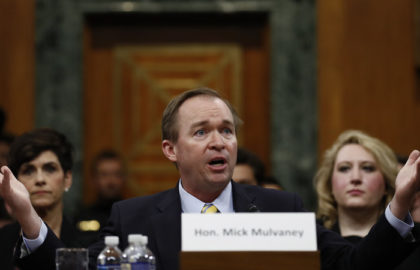 Where Have all the Budget Hawks Gone?