New York, Who Do You Think is Really “Subsidizing” Everyone?

Four bills, $2.5 trillion, and still more legislating left to go. The next round of coronavirus legislating appears to focus on the need (or lack thereof) to bailout state and local governments that are losing tax revenue as a result of the ongoing shelter in place orders.

Senate Majority Leader Mitch McConnell made an initial comment throwing cold water on the idea of a bailout of state financing – stating his preference that states utilize bankruptcy mechanisms to restructure their unpayable debt instead of filling the hole with federal funds.

This drew the immediate ire of state governors and some pundits, with a particularly pointed message coming from New Yorkers. Former Southern District of New York District Attorney Preet Bhara summarized these sentiments in a sarcastic tweet, “I too am sick and tired of subsidizing Kentucky.”

This line of reasoning was furthered by the New York Times Editorial Board piece, “Republicans, Who Do You Think is Bailing Out Your State?” which uses the claim that “high-tax, traditionally Democratic states (blue), subsidize low-tax, traditionally Republican states (red) — in a big way.”

As a group representing future taxpayers, we have a question for New York.

While these New York pundits are quick to boast about the $21 billion in excess “balance of payments” – the term used by the report to calculate money paid into DC versus money received back – they may have missed the fact that the federal deficit that year was $780 billion. Which explains why the average balance of payments for all 50 states is negative $14 billion.

So while we are talking about the “subsidization” of fiscal shortfalls, New York’s contribution is pennies compared to the trillions of dollars that future taxpayers are being asked to subsidize the fiscal profligacy in DC.

So thanks New York for your $21 billion towards the cause. But future taxpayers are picking up the remaining 99 percent of the tab. A tab that will run to a record high $3.7 trillion and counting this year.

On that note, any further digging into this deep deficit hole should be justified. So let’s take a look at whether the coronavirus response is a justified pretext to bailout states with shaky finances.

In December 2019, well before the coronavirus crisis, the Government Accountability Office (GAO) released a report that found state governments face an annual $741 billion funding gap over the next 50 years. To patch this massive hole, state governments on average would need to raise taxes by 4.2 percent or cut spending by 3.2 percent, or a combination of the two. 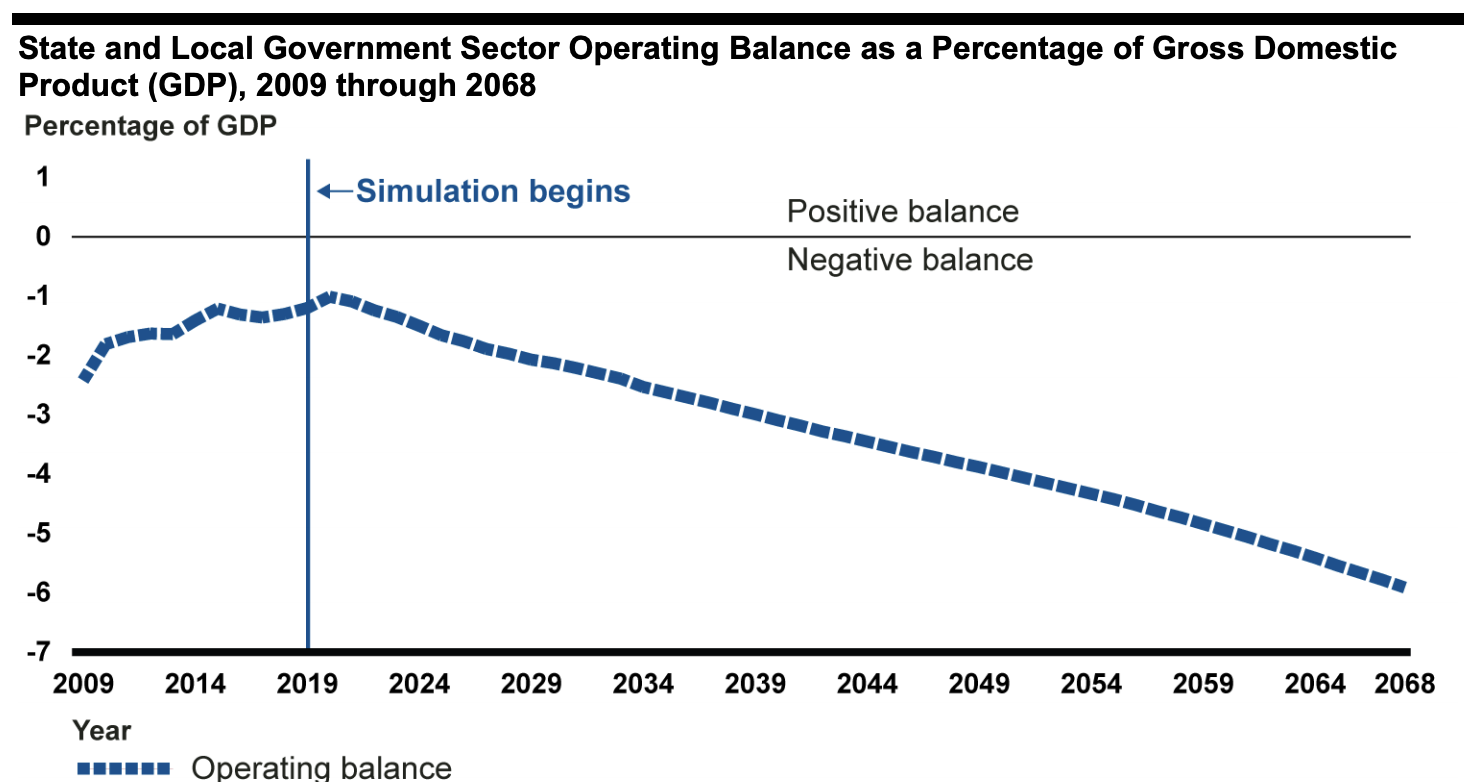 Back in 2018, a Wall Street Journal column titled “Why Are States So Strapped for Cash? There Are Two Big Reasons” outlined the major trends for why this is the case: excess spending on medicaid and pension funds. These two expenditures consume one out of every five state tax dollars – and their share is only expected to grow. One analysis found that “31 states’ pension contributions plus state-funded Medicaid grew by more than state and local government tax revenue between 2008 and 2015, in real per-capita terms.”

These trends led a researcher to state the obvious: “Governments are spending less on what they want so they can spend more on what they must spend.”

The state of Illinois asked for a $41 billion bailout from the federal government – $10 billion of that was earmarked for pension solvency. Open the Books research found that over 100,000 Illinois public employees make more than $100,000. They also found six retirees earn over $300,000 annually in pensions. None of this can be attributed to the coronavirus.

When it comes to sending money to the states, patching holes for emergency services is one thing. But throwing money at deteriorating state and local finances only prolongs the major problems that existed well before the current crisis.

And without structural reforms, they will resume as soon as any federal bailout funds run out.

Who are we to say? Well, if providing a $20 billion surplus to the federal dole gives one a leg up at the negotiating table, we would hope the funders of the other $3.684 trillion in “subsidies” will have our proportionate say. 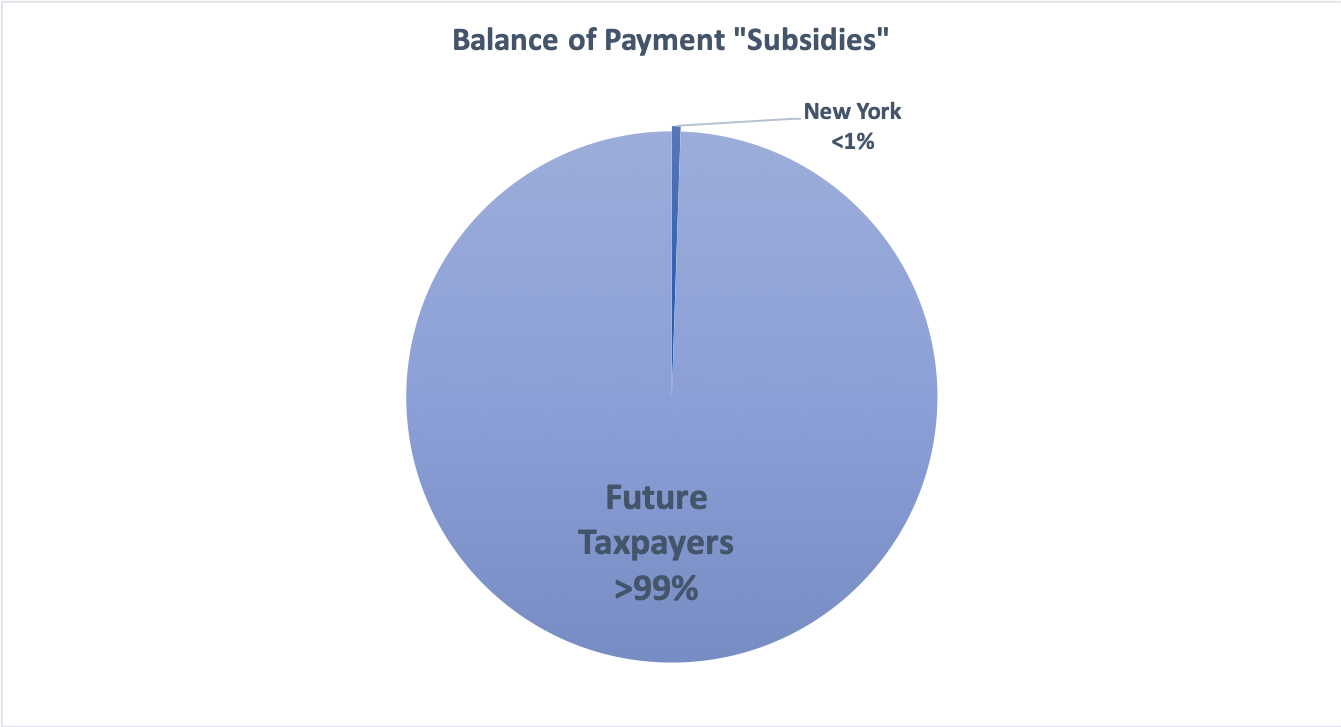 *A few more details about the balance of payments report. New York receives roughly the same amount of federal funds as the average state. The $20 billion balance of payment surplus is due to the fact that they pay a larger share of taxes than the average state. The report provides why this is the case in an explanatory footnote…“In 2017, 51 percent of New York’s Federal income tax liability came from individuals with an income $500,000 or greater as compared to 38 percent for the same income categories nationwide.” 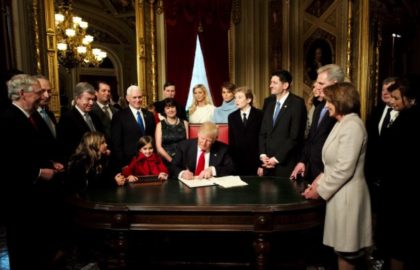