Netflix, Boeing, and the Problem of Cronyism

One of the biggest stories from this year’s Academy Awards was Netflix’s stunning Oscar wins for their original film Roma. Netflix and other online streaming services’ shakeup of the film industry have sparked widespread speculation of how typical definitions of film versus television will change as online streaming becomes a bigger part of Hollywood.

One such reaction from acclaimed director Steven Spielberg displayed a more critical view of shifts underway in Hollywood, with Spielberg stating he doesn’t “believe films that are just given token qualifications in a couple of theaters for less than a week should qualify for the Academy Award nomination.” To this end, Spielberg also urged the Academy to ban streaming services like Netflix from eligibility for Oscar nominations.

While debate is fierce over the distinction between film and television and the place of streaming service-pioneered movies in the film industry, the knee-jerk desire to curb innovations in favor of entrenching special interests is at the heart of this latest controversy. Worse still, it is not the first nor will it be the last time powerful special interests try to insulate themselves from competition through regulatory capture.

Regulatory capture, the economic concept warning of the risk that regulatory agencies may come to be dominated by the interests of industries they are charged with regulating, is unfortunately not difficult to find in contemporary politics.

Aircraft manufacturer Boeing’s recent public black eye over the safety of their planes provides another shocking case study. In the aftermath of growing scrutiny into how the FAA approves aircraft specifications, one startling revelation claimed the “FAA has shifted more authority over the approval of new aircraft to [Boeing] itself.” It is no wonder that such outrageous conduct led the originator of capture theory, Nobel economist George J. Stigler, to declare that “the business community does not wish to be released from the public interventions to which it is subject.”

The cronyism of regulatory capture is particularly galling because it allows special interests to be turned loose on the levers of power that are ostensibly supposed to be left to an accountable government. American Enterprise Institute fellow Jonah Goldberg, paraphrasing economist Adam Smith, forcefully notes that the “only thing that can make a monopoly permanent is government, because only government can prevent the sort of innovation and competition that undermines every corporate behemoth.”

If government regulations with a limited scope are supposed to be for the public good, then the power of such regulations should be transparent and held accountable to the public it is intended to serve.

Though the case of Spielberg versus Netflix is obviously not a matter of public policy, the example is nonetheless illustrative of the problem when entrenched interests use the rules to thwart competition. The idea that businesses like Boeing would be granted carte blanche to craft their own regulations completely subverts the spirit of free enterprise.

Giving an unfair advantage to long-established corporate interests could not be further from that spirit. Such a partnership between business and government is closer to socialism than it could ever be to free enterprise. Markets work best when they have fairness — defined as innovation and fruitful competition as opposed to punitive attempts to give a chosen few an advantage over the unconnected — as a moral guiding light.

Whether it is Spielberg using his sway in the Academy to prevent honest competition from Netflix-produced films or Boeing self-regulating an entire industry to the potential peril of millions of fliers, the fruits of regulatory capture ultimately redound to the benefit of special interests given the power to write their own rules.

Cronyism in all its forms should be opposed if we wish to preserve a system of fair play. The alternative is a system which places the best interests of a chosen few companies above of the public good. Keeping free enterprise from being twisted into a corrupt partnership between big businesses and government depends on it. 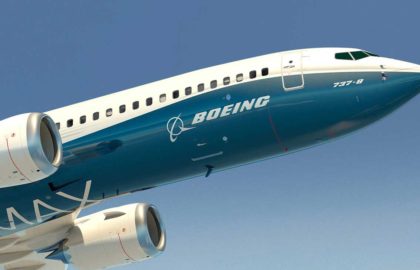