One such recent gaffe by Senate Minority Leader Chuck Schumer (D-NY) in which the senator tweeted that he “[doesn’t] agree very often with Chief Justice Roberts, especially his partisan decisions which seem highly political on Citizens United, Janus, and Shelby” but was thankful that Chief Justice Roberts “stood up to President Trump and for an independent judiciary” was of special note because it briefly exposed an uncomfortable truth. Much like President Nixon famously remarked “we are all Keynesians now,” both Democrats and Republicans are judicial supremacists now.

Although Democrats have earned a reputation — and not without cause — for viewing the role of the Supreme Court as an ideological institution, Republicans are not far off in their line of reasoning despite insistence to the contrary. Indeed, Sen. Schumer’s tweet was precipitated by an earlier tweet from President Trump, stating “Sorry Chief Justice John Roberts, but you do indeed have ‘Obama judges,’ and they have a much different point of view than the people who are charged with the safety of our country.”

In case you are understandably confused by the flurry of contradictions in the previous paragraphs, a recap: If you are on the left and adopt Sen. Schumer’s stated view, Chief Justice Roberts, who was nominated by President George W. Bush, is a highly partisan actor because he played a pivotal role in court cases that resulted in dissatisfying outcomes for liberals. However, he criticized President Trump. That means he is a stalwart of an independent judiciary. If you are on the right and adopt President Trump’s stated view, the independence of the judiciary is of vital importance up to the point at which the judiciary comes to a disagreeable decision. Then, the only explanation can be that the court is acting as an ideologically-tainted institution.

It is no surprise that the embrace of judicial supremacy on the left and right has, according to New York Times columnist Ross Douthat, “raised the perceived stakes of presidential elections and high court appointments both.” With some differences at the margins, the core of both arguments rests on a shared belief that the Supreme Court is the final arbiter of difficult national decisions, and the president’s choice of the “right justices” becomes a key decision point in presidential elections. As a result, Congress merely becomes a human resources office.

The left and right, under their respective guises of keeping up with the times or returning to the original meaning of the Constitution, are now in agreement that political decisions should be settled by the courts. No wonder the independence of the judiciary is in doubt when both sides make it their hero or villain of the day.

The growth of judicial power means that politics now happens in places far removed from the authority of people their decisions will affect, and the solution, as Pursuit’s Dr. Tom Coburn puts it, is that “Republicans and Democrats should embrace, not fear, democracy.” Legislators at all levels of government should be energetic and eager to debate matters of great importance to their constituents instead of kicking them over to the courts.

Legislators at all levels of government should be energetic and eager to debate matters of great importance to their constituents instead of kicking them over to the courts.

Doing so is difficult. Debate and disagreement are unpredictable, uncomfortable, and messy. It involves carefully thinking about thorny issues like healthcare, abortion, and freedom of speech. Ultimately, it means legislators make the laws and the courts apply them to particular cases.

As politically inopportune as this system may be, it is necessary for the Founders’ vision of a responsible government to be maintained.

Make no mistake, the courts do have an important role to play in our system. Federalist 78 stressed that in cases where the “will of the legislature […] stands in opposition to that of the people, declared in the Constitution, the judges ought to be governed by the latter rather than the former.” If the legislature overreaches, the courts then check that lawmaking power with legal power of siding with the people. It is the belief that such decisions are laws unto themselves where judicial supremacists of today on the right and left are off base.

All three branches must be seen as distinct parts with their own roles to play, and this is the fundamental truth at the heart of all controversies involving the courts. It is up to all of us, regardless of being on the left or right, to kick the habit of judicial supremacy and commit to the old fashioned work of debating if we wish to have accountability over our future. 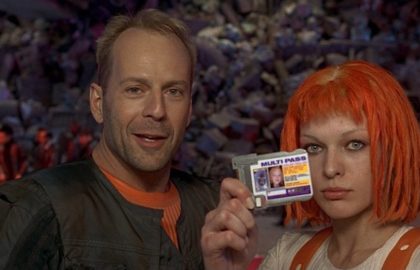 Exploring Positives and Negatives of an American Crypto Dollar